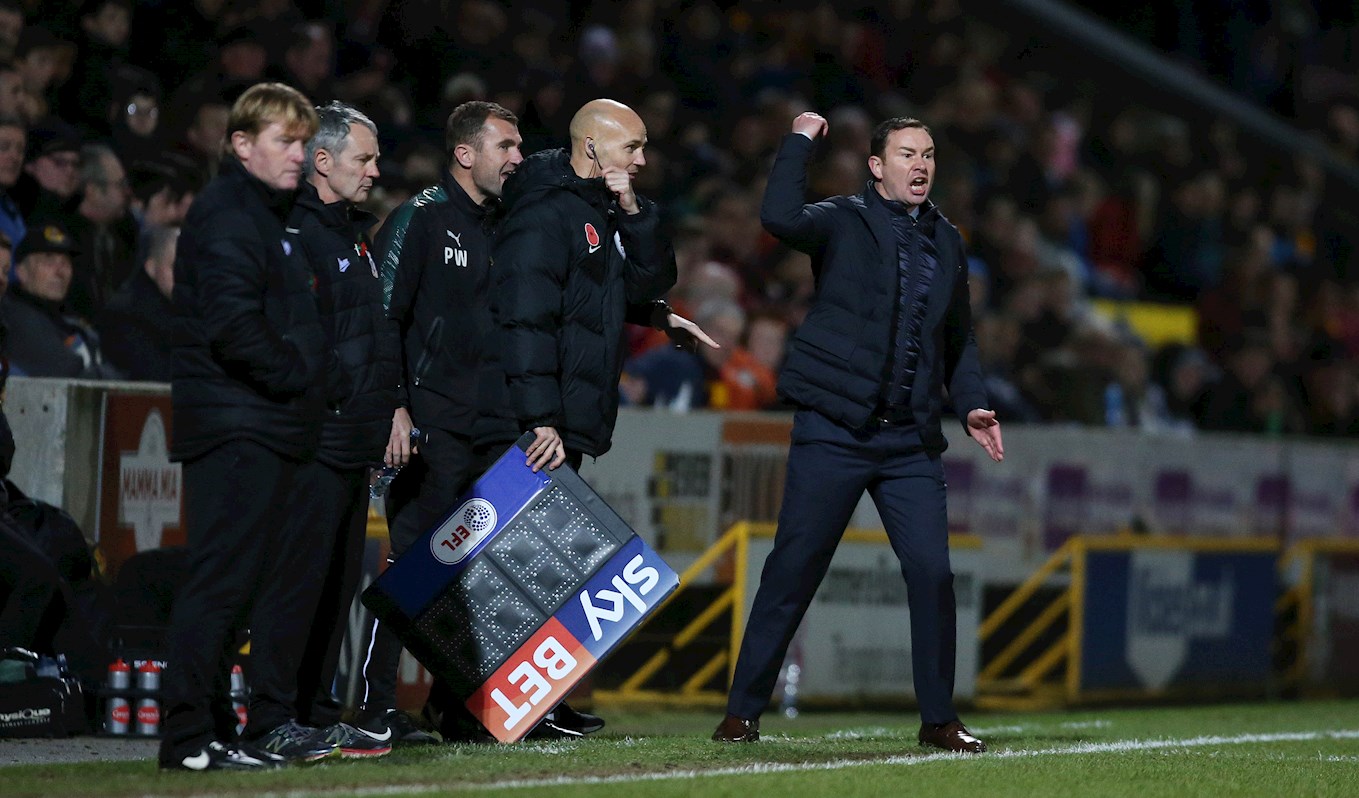 “We have got a very, very good squad and we’ll keep showing this season that we can compete with anyone in this league,” he said, after Jake Jervis’s goal ten minutes before half-time earned Argyle the victory that took them off the bottom of Sky Bet League One.

“We have come away from home against one of the very good sides in this league, put on a very good performance, and we collected three points.

“We probably should have done better on the counter-attack but, overall, to come away from home to a place that holds 20,000 fans and win 1-0...we did what we had to do.”

That they did it without, for one, Graham Carey – League One’s Player of the Month for October who had a hand in the Pilgrims previous six goals – was vindication of the manager’s oft-stated opinion that Argyle are greater than the sum of their parts.

“We have got a very good squad,” he said. “We were without seven or eight players today – injuries and a suspension – but we have got a lot of good players and you have seen that today.

“The season is a long, long season and we’re just getting our suspensions and injuries back. You can see that there’s nothing in this league between top and bottom – Bradford were in third position in this league and we’re at the other end of the table – and I haven’t seen anything to scare us in this league.”

Indeed, Derek felt that Argyle were good value for getting another goal on the counter as Bradford strove for an equaliser.

He said: “We could have done better in and around their area, picked them off, because they were pushing forward. Jake Jervis was giving their centre-backs a torrid time and we looked like we could have got a second.”