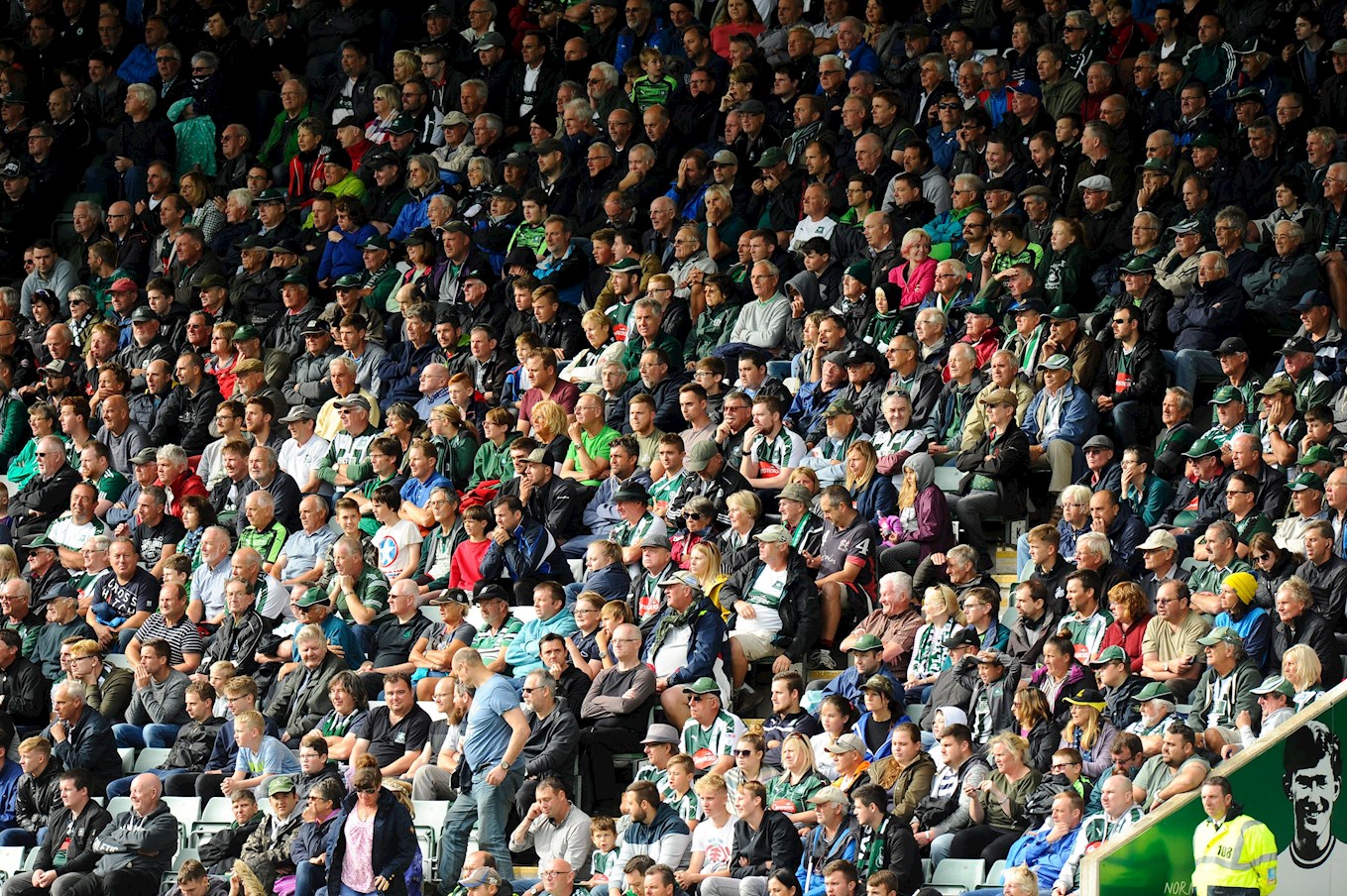 ARGYLE have ranked highly on many categories of the match-day experience according to a new EFL survey.

The EFL have just released their annual fan survey, asking nearly 28,000 fans to rate how enjoyable a match day experience is at their ground. We ranked significantly higher than the average on our atmosphere at Home Park. The average was that 72% of fans were happy with atmosphere at grounds but 89% of those surveyed enjoyed the atmosphere created by the Green Army.

Our fans indicated that they more valued than the average of the EFL. With the Green Army’s average rating of 7.3/10 compared to the EFL average of 6.8. Around 57% of the participants appreciated how often the players acknowledge the fans; this is 4% higher than the EFL average of 53%.

The average in Sky Bet League One for a parent to take their child who is a young adult it may seem like Argyle charge above the average price.

However, the award-winning match day programme, priced at £3, like all but one of the other programmes in the division, is 80 pages compared to some other teams in the division featuring only 50 pages. Your choice of where to sit for the match is completely up to you, with no restricted views. You can sit in ‘premium’ seats which tend to be on the halfway line; many teams charge extra for those views. We are compared with the cheapest ticket prices around the league and thus, many stadia have terracing which will significantly reduce the average prices of tickets.

Many clubs in the divison have a tiered ticketing strategy which means prices significantly vary dependent on where you sit in the stadium. Whereas, at Home Park we give you the choice of where you want to sit for exactly the same price. Therefore, you could have a restricted view or less leg room even feel miles from the pitch with other clubs ‘cheaper’ tickets. This all applies to Memberships, too.

At Argyle we pride ourselves on match-day experience, and there are plenty of great offers for families. In blocks 17 and 18 is the Family Zone, with lots of fun and games to be had with Pilgrim Pete and below in the concourse. The family season ticket costs £423 (early bird) or £490 (Post early bird) which allows one adult and one under 18 into the family zone. You can also add an additional u18 for just £90.

The Family Zone offers a wide range of activities too; table football, penalty shoot-outs, face painting as well as meeting Pilgrim Pete at half-time for a picture or even a high five, and much more.

‘The Pilgrim’, our match-day programme, has been award-winning for the last three season including back-to-back awards from Programme Monthly & Football Collectable, the ‘World's Greatest Football Programme & Memorabilia Magazine’. We pack the programme with player interviews, manager quotes and unique articles from the past and present which you cannot get online.

For supporters who like to have a pre match or half time pint we have now started pouring pints ready to be sold straight away. We have also re-introduced the plastic beer bottles thanks to our partnership with Devon and Cornwall police. We serve freshly baked pasties so that the Green Army are getting the tastiest pasties available. Over recent seasons we have tried to reduce wait times pre-match and during half-time; we have introduced contactless payments as well as having multiple kiosks available.

We provide a wide range of products to suits all fans needs in the club shop ranging from memorabilia to DVD of previous matches. The club also puts on special occasions for many young fans throughout the season with signing sessions in the club shop. Most recently on the October 26, which was extremely popular!

Derek Adams and his squad let the Green Army have a sneak peek into training earlier this year, and similar sessions will follow. We allowed Argyle fans young and old to come and watch an open training session inside the stadium, giving them a chance to watch how their idols prepare for a game, but also to get a selfie or an autograph after the session.

We will continue to evolve our provisions to the Green Army, as part of one of our core values, to serve the supporters of our great club.