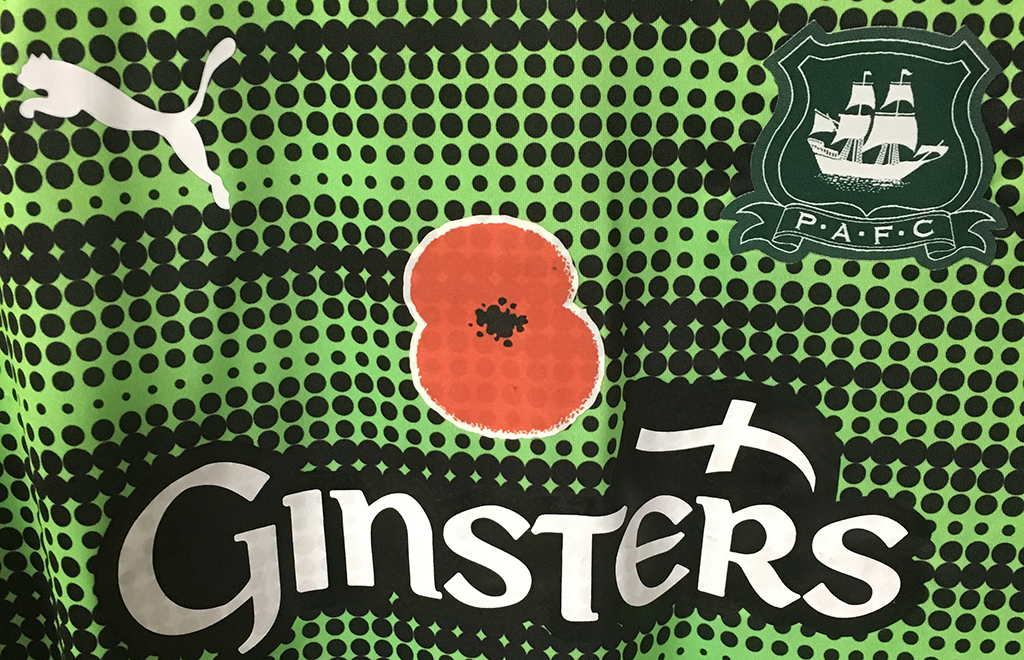 ON Saturday at Bradford, the Argyle players joined with the rest of the country in honouring Armistice Day.

As part of their remembrance observation, the players wore a poppy insignia on their shirts.

To raise money for the Royal British Legion, we are now auctioning the shirts worn by the 13 players who took part in the stunning 1-0 victory, including goalscorer Jake Jervis and goalkeeper Remi Matthews, who saved a penalty.

The auction will be conducted by email. Please email commercial@pafc.co.uk - putting ‘Poppy Bid’ in the subject field – and tell us:

which player’s shirt you are bidding for;

the amount of your bid;

whether you would like the shirt signed on the reverse by the player, or unsigned.

All shirts can be framed for an additional £75.