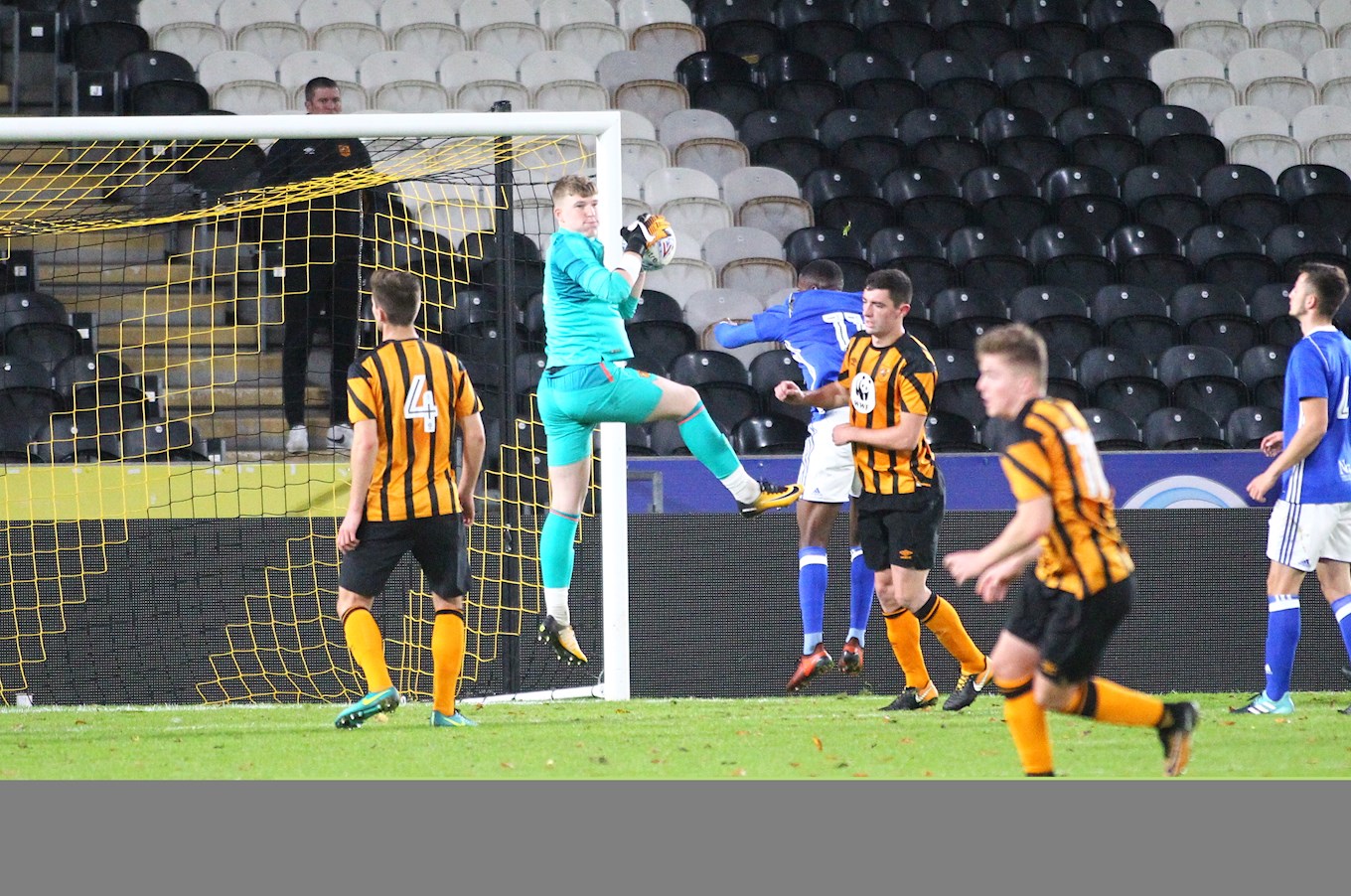 TEENAGER Will Mannion was training with England when he answered Argyle SOS to become the Pilgrims’ sixth goalkeeper of their injury-hit season.

Hull City stopper Will, 19, will make his Argyle debut in their vital final Checkatrade Trophy group match at Yeovil Town on Tuesday night as a second emergency loan this season.

Wimbledon Academy graduate Will was contacted by the Pilgrims on Monday after it became clear that original emergency loan signing Remi Matthews would have to return to Norwich City for treatment on a leg injury suffered in the weekend’s Sky Bet League One match at Portsmouth.

“I got a late call yesterday evening,” said Will, who has been involved with the national team since moving to Humberside last summer. “I was at an England goalkeeper camp, training, at St George’s Park.

“I came back and found out I’d had a few missed calls. I contacted my goalkeeping coach and he said: ‘Pack your bags – you’re going to Plymouth’.”

Will is aware of the background to his Home Park arrival, and that he has scant time to prepare with his new temporary team-mates for a challenge for which he is nevertheless ready

He said: “It’s a bit unlucky to say the least. I’ve just been told I’ve got to get ready for the game today. Then we’ll see what happens.

“It’s going be a case of ‘Hi, how are you?’ and off you go. I’ll try to get to know everyone as quick as I can and I’m sure they will make me feel comfortable.

“I always want to challenge myself and this is a massive step to where I want to be. I want to play first-team football, week in week out. It’s daunting, but it’s something you have to go through to make it to where you want to be in the game.

“I’m a second-year pro now and this will be my first proper loan. I’ve been on the bench a few times at the start of the season and made my debut in an EFL Cup game, and had a few Under-23 games in between then and coming here.

“I was involved in the England Under-19s last year. They won the Euros, but I was injured for that and wasn’t in the squad. I’ve been involved this year with the Under-20s.

“It’s all been a great experience.”