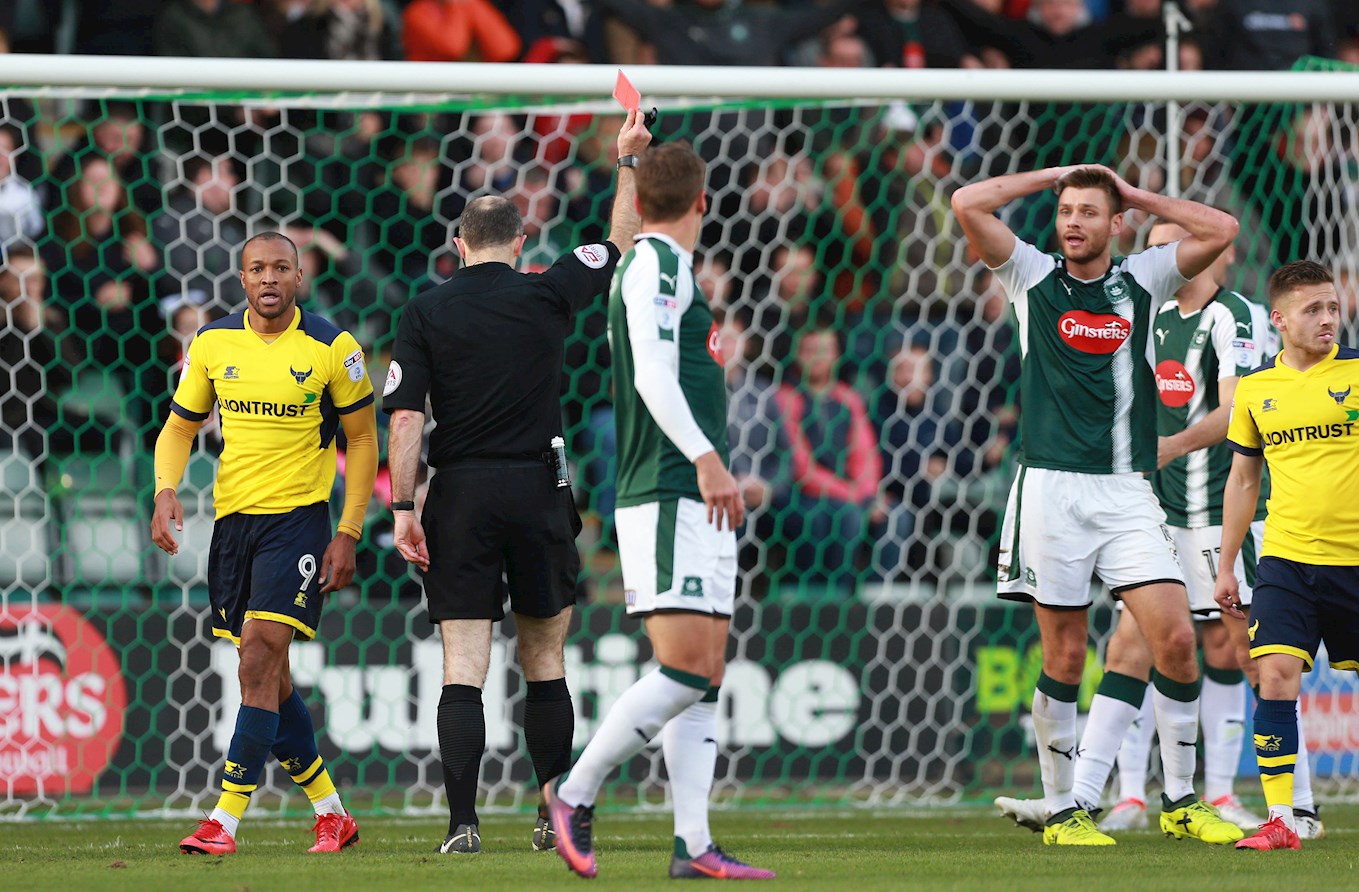 Rub of the Green

DEREK Adams is mulling over his options of how to replace Ryan Edwards when Argyle meet Northampton Town at Home Park on Tuesday night.

One of the key talking points from Saturday’s 4-0 defeat to Oxford was the sending off for Edwards.

Having been adjudged to have fouled U’s striker Wes Thomas he was shown a straight red card in the 14th minute of match. The club have decided not to appeal the decision; not necessarily because there is agreement, but more due to possessing insufficient video footage to plead the case.

As a result, Edwards will miss Tuesday night’s home game to Northampton as well as the trip to Portsmouth on the Saturday.

“He (Edwards) has done really well for us this season,” said Derek, “but it’s up to someone else to take over. We have got the likes of Jakub Sokolik, Yann Songo’o and Jordon Bentley as well that can all come in and play in that area.”

It has been difficult for the Pilgrims this season, picking up five sendings off at home, but Adams pointed out that Argyle have shown that if they can keep eleven players on the pitch they are extremely difficult to beat at Home Park.

“We have played a third of the games this season with ten player; six out of 18. Any team in any league will find that difficult.

“But we have won against the likes of Charlton, Bradford and drawn against Blackburn and Shrewsbury so the top teams in the league.”

As well as the poor fortune on cards, Argyle injury situation – particularly with goalkeepers – has not helped matters. Luke McCormick, Kyle Letheren and Robbert te Loeke remain on the long-term injury list – although Adams reported that Remi Matthews is fit, having looked to have picked up a knock in the closing stages of the Oxford game.

“We’ve had a goalie go off at half-time at Blackburn and have to put on an apprentice in the second half,” said Derek, additionally. “I don’t think there is a more unfortunate manager in English football than me at this stage of the season!”