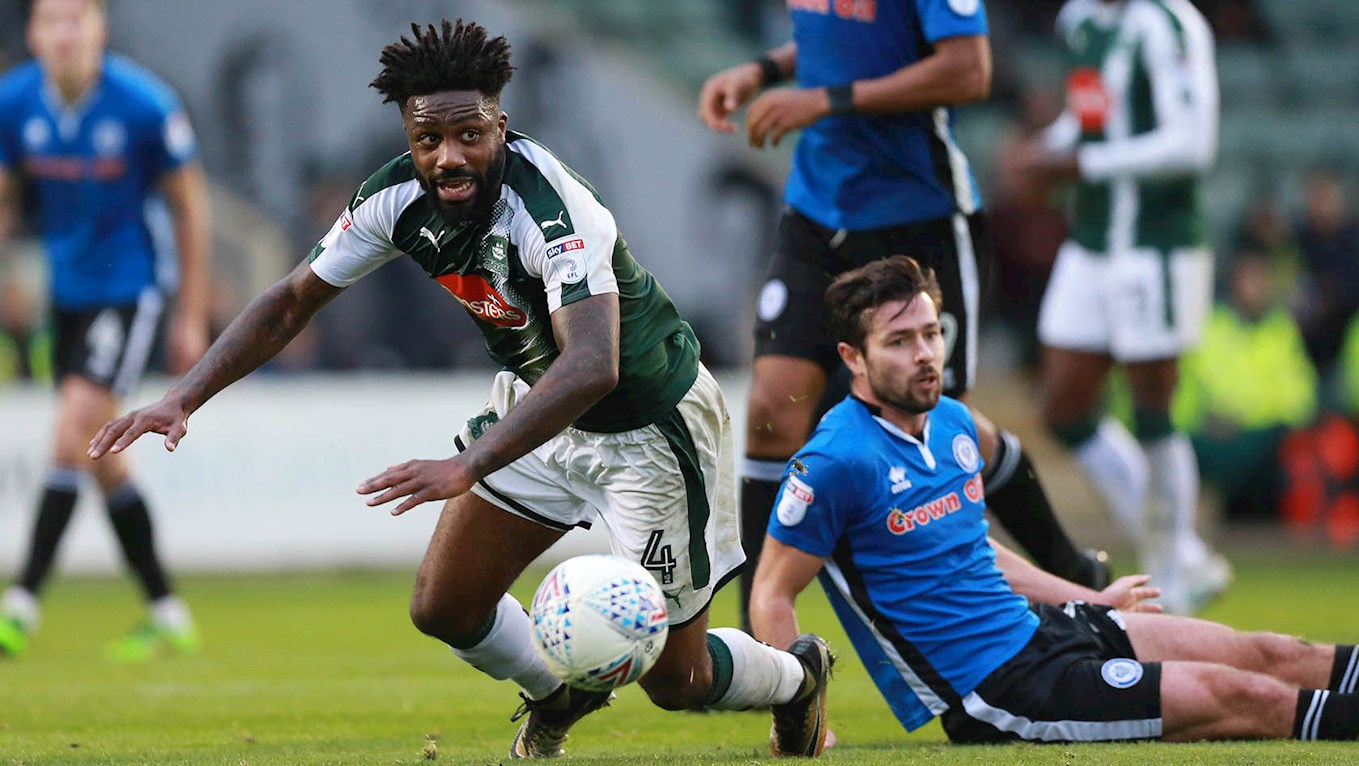 YANN Songo’o believes Argyle are starting to return to their resilient best.

After their 1-0 Sky Bet League One win at third-placed Bradford City, courtesy of Jake Jervis’s first-half goal, the Pilgrims have now gone six games unbeaten in all competitions following a sticky start to the campaign.

Yann, whose displays as a defensive midfielder have been a key component of the performances, feels that the team’s efforts on the training-ground are paying off and, consequently, the confidence in the group is constantly building.

He said: “The result at Bradford showed off the work we’ve been doing the past few weeks. It was a really great result to build confidence within the team.

“I think things are starting to go our way and we want them to continue going our way.”

Having accumulated points through picking off teams on the counter-attack away from home, Yann feels the team are executing game plans to perfection at the moment.

He said: “We knew we would get chances in the game and we wanted [Bradford] to come at us and we could use Jake’s pace in behind, and Lionel [Ainsworth] and Joel [Grant] to get ball behind them to get that chance.

“When we scored, it was perfect timing, just ten minutes before half time.

An upturn in results has been partly down to the settled back line and midfield and Yann believes the Pilgrims are getting back to the form that won them promotion from Sky Bet League Two last season.

“We know how solid we are now,” he said, “and we’ve started to get the solidity we had last season and we are difficult to score against. In the last five games, we have only conceded two or three goals.”

With confidence building, Yann can feel the team moving forward, on and off the pitch.

“We are going in the right direction and we are taking games week by week,” he said.

“The atmosphere at the training ground is amazing; we genuinely feel that its going to be hard to beat us.

“That’s the same thing as last season and hopefully we can carry that forward throughout the season.”