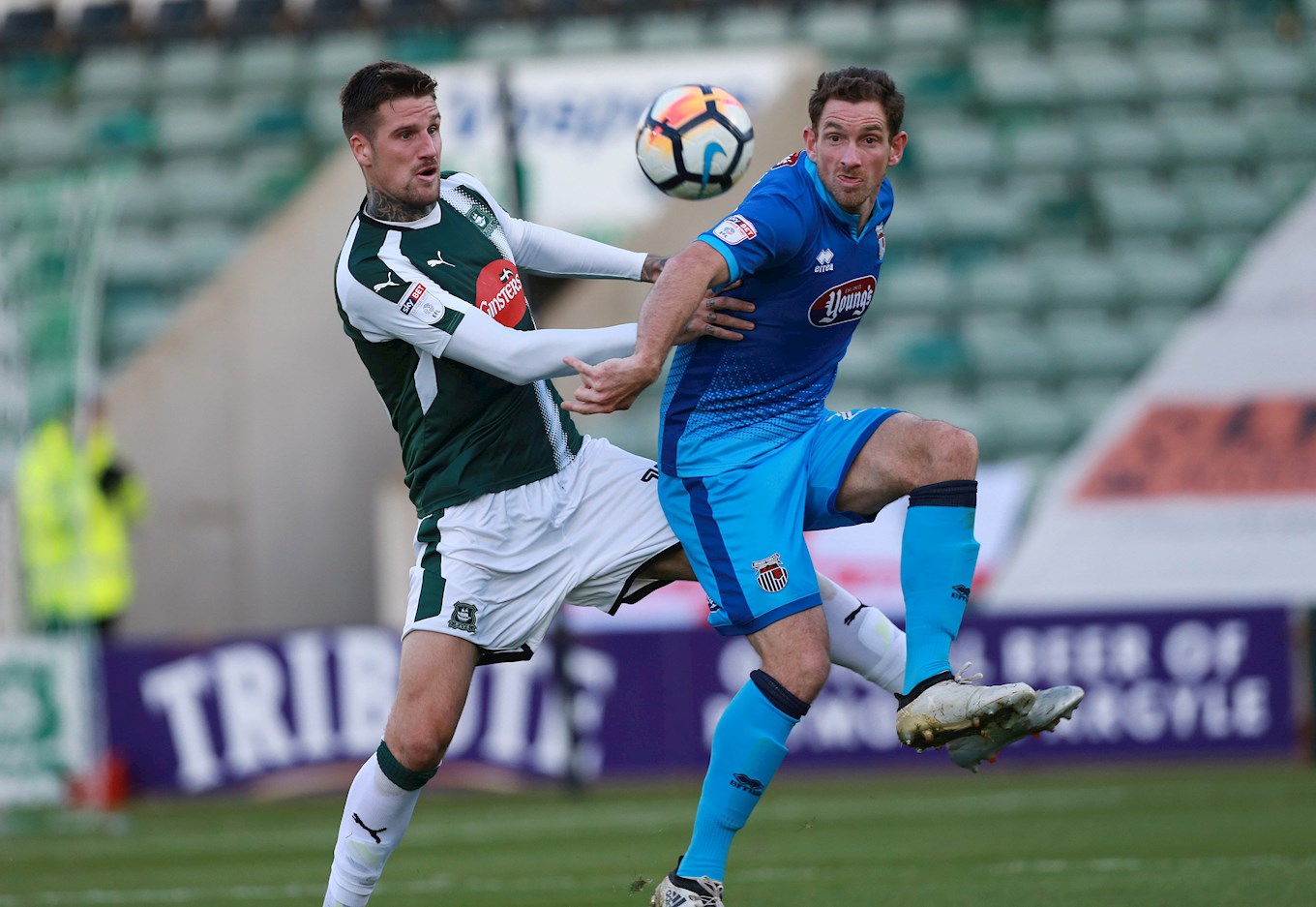 ARGYLE’S 1-0 victory over Grimsby Town may have been in the first round of the Emirates FA Cup, but Sonny Bradley and his teammates were intent on treating the match like a cup final.

Memories of the Pilgrims’ unforgettable run in this competition last season were far from the only thing spurring on Argyle against the Mariners. Looking to continue their recent unbeaten run and refine their positive performances, it was clear from the first whistle that the FA Cup is anything but a distraction for the team.

Much like last week, the Greens flew out of the blocks and opened the scoring, as Graham Carey once again terrified an opposing full-back. After already creating opportunities, in the ninth minute, Carey cut in onto his left foot, drifted into the box and curled an effort into the far corner.

More opportunities for the Irishman and fellow forward players were created, but it would prove to be the defensive resilience of Bradley and his teammates that would take Argyle over the line and into the next round.

“Coming into the game, for us, this was our biggest game of the season,” said Sonny. “It was important for us. The manager told us we needed to be in the hat for the next round.

“Throughout the game, we treated it like any normal game. In the first half, Graham Carey… was just Graham Carey. When he turns it on, he’s unplayable. He’s scored one and maybe could’ve had two or three.

“I think Joel [Grant] could’ve had one; Jake [Jervis] could’ve had three or four. It wasn’t to be, so we went into half time. We wanted the second goal, but it was important for us to get the clean sheet; obviously it would win us the game.

“I think we got to about 75 minutes and we realised we weren’t going to score, so we shut up shop. It reminded me of last season; we did that a lot last season. We’d go a goal in front and that would be it. We just shut up shop.

“It’s an important result for us. It carries on our small unbeaten run and it’s good for us going into Bradford, because Bradford’s going to be a tough one.”

Indeed, with their first FA Cup mission accomplished, the objective is now to carry that form and confidence back into Sky Bet League One, beginning with a tricky trip to Valley Parade to face Bradford City. Bradley, though, is buoyed by the positive trend him and the team are showing in terms of form and performances. With some more commitment and belief next Saturday, he believes another strong result is certainly possible.

“We’ve had to work hard to try and find the shape to get results,” said Bradley. “I think now it’s starting to come together. As players, we always believed it would.

“We’ve come a long way, even from a couple of weeks ago. We’re going in the right direction now and it’s just got to continue into next week. We were four unbeaten coming into the game; now we’re five unbeaten, building that winning mentality going into the next game.

“We know that if we defend well, if we stay in shape, we are very, very hard to break down. Bradford are a good team; very good at home as well. But now we’re coming off the back of some good results. I think if we go there with the right game plan and the right attitude, I think we’ll comfortably get a result.”