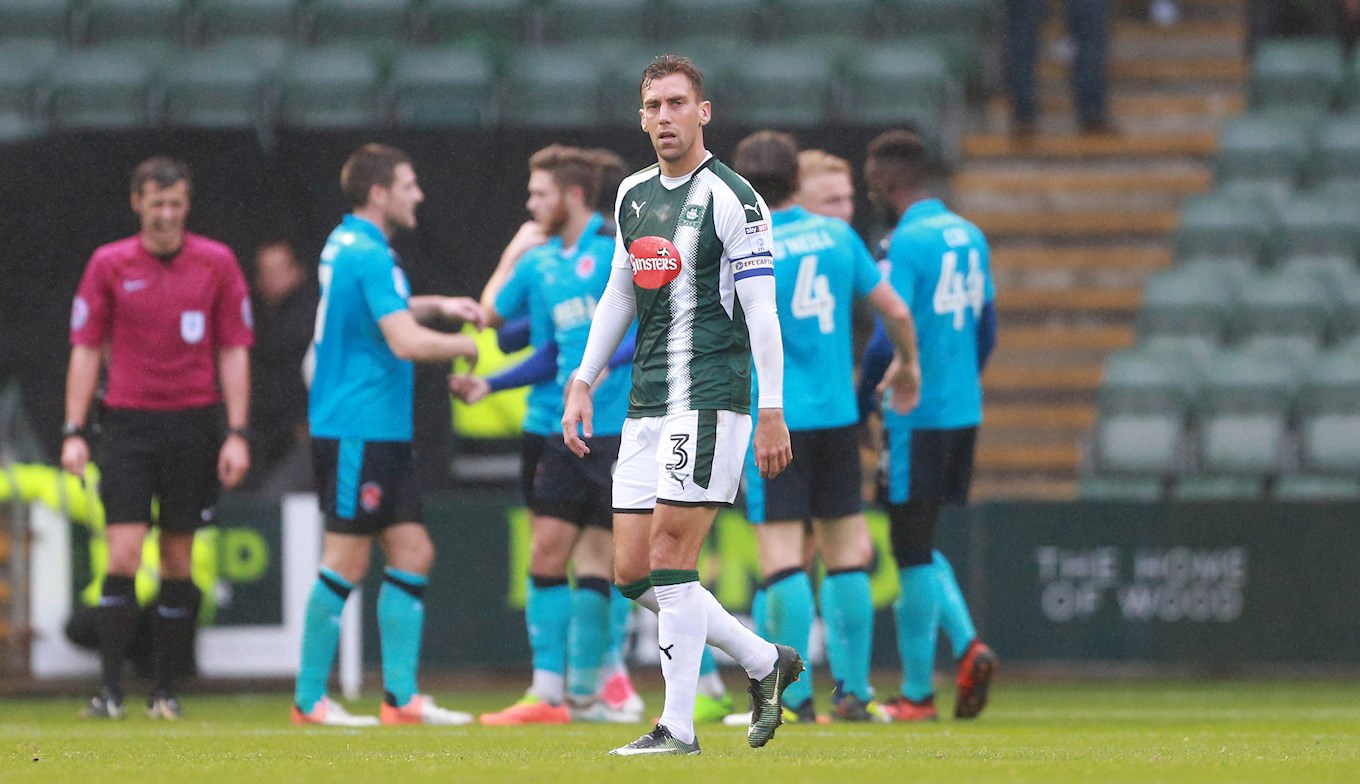 MIDWEEK games have not always recently been a source of solace to Argyle players and fans, but Gary Sawyer cannot wait for Northampton Town to visit Home Park this Tuesday.

The Argyle captain and his team-mates are eager to put behind them Saturday’s 4-0 Armed Services Day defeat by Oxford United which brought a six-match unbeaten run to an end.

“Having another game on Tuesday is the perfect way to get over something like that,” said Gary, following the match. “The boys will be disappointed, and rightly so. It’s not a performance to the levels we can do and have done in previous weeks, so we need to get over that.

“The last six games we have had have been good from ourselves, good performances. It’s frustrating for the boys, and everyone has got to have a look at themselves and go again on Tuesday.

“You can’t dwell on these too long because they affect your next one. So, get the disappointment out tonight, think about it, and get up in the morning, ready to go again. There are a lot of things to look at and get right before Tuesday.”

Despite going down to ten men after Ryan Edwards was sent off in the 14th minutes, Argyle were well in the game and twice game close to equalising, through Graham Carey’s first-half free-kick and a Jake Jervis chance after half-time.

Gary said: “With G’s one, he hits the post; it comes back; hits the ’keeper; and goes wide. On other days, they go in the back of the net, but it wasn’t meant to be.

“We had a chance right at the start of the second, and things like that changes games. Unfortunately, we didn’t get that, but we didn’t defend well enough to keep it at 1-0.

“Football happens like that, unfortunately, sometimes. It isn’t the way we planned it, but we have to roll the dice now and go for Tuesday.”

Argyle’s home form this season has been affected by the five red cards they have suffered, but Gary realises that Home Park has to be a hard place for opponents to visit.

He said: “The home form is something we need to improve on and we need to do it as quick as possible.

“Your home place is where you’d like to consider the bulk of you points come from; our one is switched at the minute, where the bulk of points are coming from away [matches], which isn’t like a lot of teams. Especially with the travelling we have to do, it doesn’t make a lot of sense.

“We’ve got a professional group in here – players, staff, everyone involved with this football club. The club has definitely been heading in the right direction and we want to continue doing that, so Tuesday is step for us to do that.”