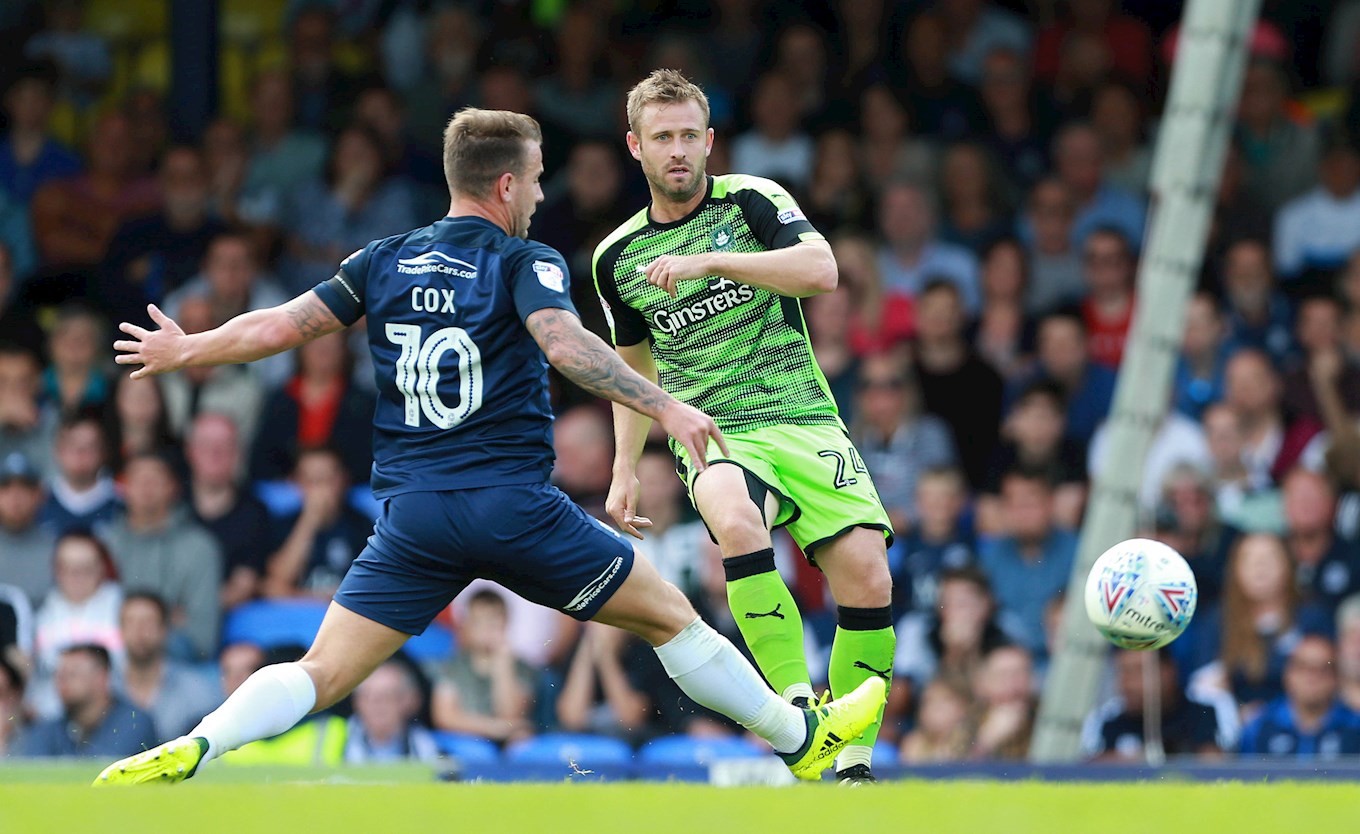 AFTER Saturday’s 1-1 draw at Home Park between Argyle and Rochdale, the opposition manager went out of his way to praised the 8000+ Home Park faithful for creating a great atmosphere.

Keith Hill, a former Pilgrim, now in charge of the Dale, was complimentary of the support by the Green Army who used to roar him on some 20 years ago.

The backing is not new to the current crop of Pilgrims, either, and David Fox knows just how much the Argyle players appreciate the support given.

Fox is hoping the players can keep giving them something to shout about, especially for Saturday’s Emirates FA Cup game against Grimsby Town.

“In the second half against Rochdale, I thought we were really at it, put them under pressure and gave them something to cheer about.

“It might not be a goal getting the fans off the seat but a tackle, or desire. I thought the desire from the boys to try and win that game Saturday was great and the fans appreciate that.”

Having played in the FA Cup for a number of years Foxy still has fond memories of last season against Liverpool, and he still feels the fabled magic of the cup.

“I love it,” he said. “It’s brilliant, you always get a story. We probably were the story in the third round last year and its nice. It will be a tough game Saturday but all of us want to get a result and I’m pretty sure no one will be taking it lightly thinking ‘it’s only the cup.’”