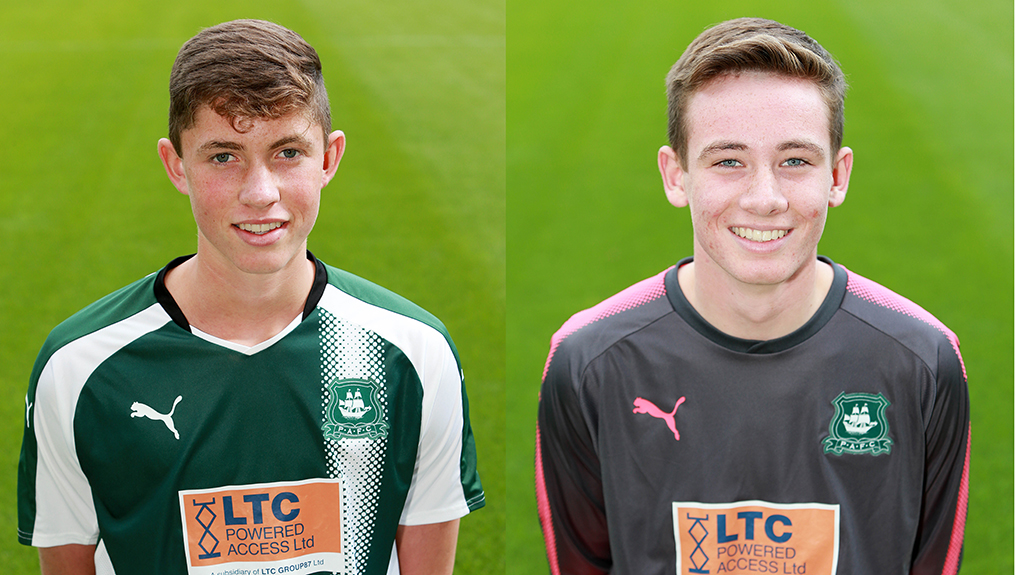 TWO young players from the Academy have been offered two-year apprenticeships for the 2018-19 season and both have accepted.

Oliver Tomlinson is a central defender from Ivybridge who attends Ivybridge Community College. He started his local grassroots football with Ivybridge Town before moving to Marine Academy.

At Under-13 level, Ollie was recommended for an Academy trial through the Plymouth Centre of Excellence based at the University of St Mark & St John, where he was being coached by Lee Britchford and Jon Dawe. Three weeks into his trial, Oliver was offered a contract to sign for the Academy.

He has continued to develop his game and made his Under-18 debut last season as an Under-15. Oliver has also made one appearance this season, coming on as a late substitute in the Central League game at Forest Green Rovers. He also has had two appearances in the Youth Alliance this season.

Oliver has represented Plymouth Schools at Under-11, Under-14 and Under-15 age groups.

Harry Townsend is a goalkeeper who attends Wadebridge Secondary School and who was recommended to the Academy by Wadebridge Town as an Under-10.

Harry then progressed to the Bodmin Advanced Development Centre (now known as the Cornwall Centre of Excellence) under the guidance of Chris Souness. This was followed quickly with a trial at the Academy, and Rhys Wilmot, Academy Goalkeeping Coach, signed him up.

Harry has enhanced his goalkeeping techniques over the last five years of training on a regular basis with Rhys and he made his debut for the Under-18s at Bristol Rovers whilst still only 15 last season. He also has had three appearances in the Youth Alliance this season.