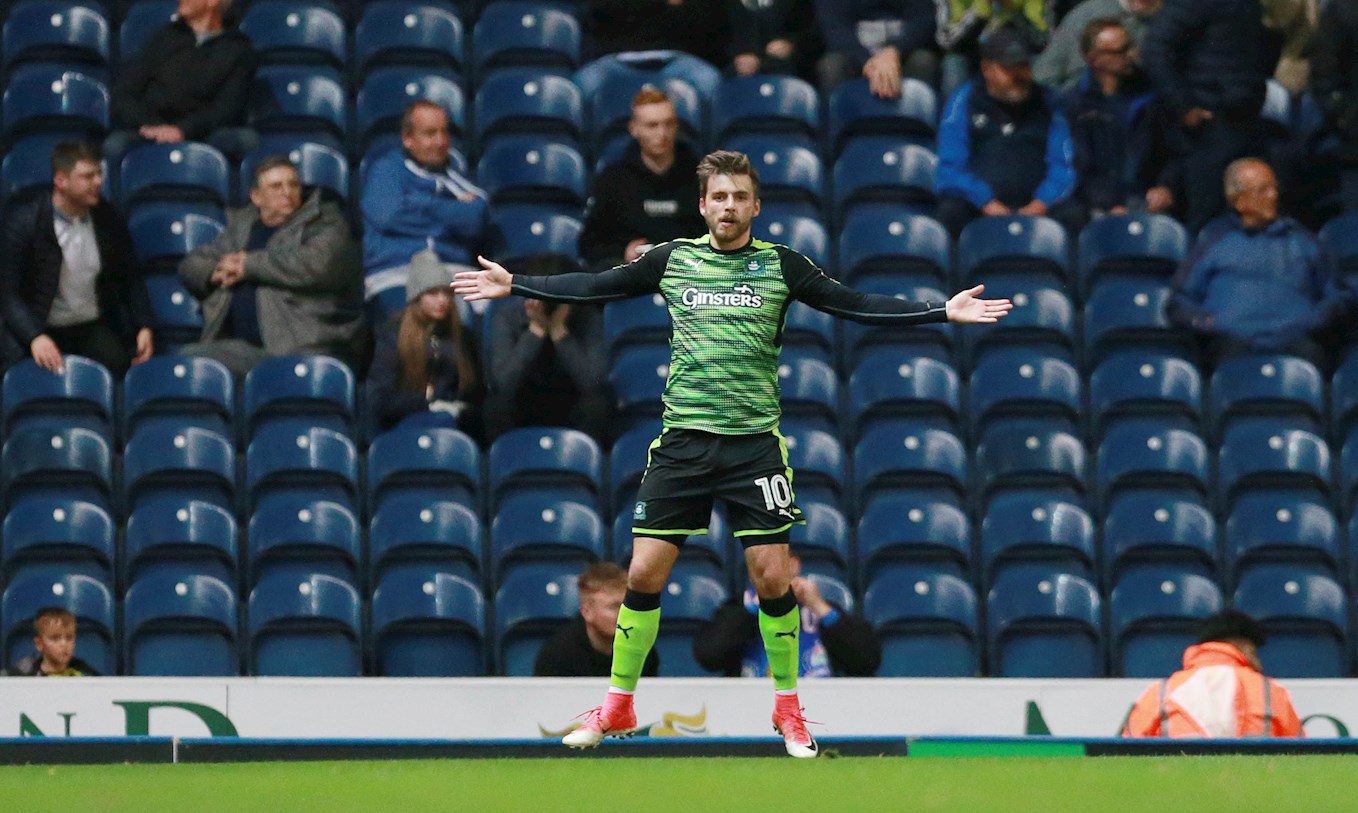 PLAYERS making their 115th and first appearance respectively commanded the attention of Argyle boss Derek Adams after a battling 1-1 draw at Blackburn Rovers.

A 31st Argyle goal for Graham Carey in his Argyle career put the Greens in front, and what a goal it was too. Carey held off challenges, rode fouls, jinked into space and unleashed a superb curling effort to put Argyle in the lead, but saw his effort equalised by Bradley Dack right on half-time.

After the interval, Argyle had Michael Cooper in goal, the 18-year-old being forced into making his debut because of an injury to Kyle Letheren.

No player has played more games for Argyle than Carey since Adams brought the Irishman to Home Park, and he continues to show his class in a green shirt. His amazing goal at Ewood Park followed an equally brilliant strike at home to former leaders Shrewsbury on Saturday, and his manager is obviously grateful to see the playmaker on top form.

“He’s a special talent,” said Derek. “He can score goals like that out of nothing. He could have scored a couple more goals. The goalkeeper had to be in top form to save them.”

At the same end, but in the second half, Cooper caught the eye with a confident performance, including saves to help preserve the scoreline, and see Argyle gain a well-earned point at a team expected to bounce back to the Championship following relegation last season.

“We had a special team tonight,” Derek said. “Not only the starting 11, but also the substitutes. We had to take Kyle Letheren off at half-time and had to change with Michael Cooper. He came on and made some fantastic saves as well.

“It was a difficult one for him; we didn’t want to put him on too early. He had half-time to warm up, and it gave him a wee bit more time just to understand that he was going to make his first-team debut.

“He made an outstanding save at the end of the match. It went through a ruck of bodies and he couldn’t have seen it early. His reflexes are outstanding. I’ve said before that he is a terrific young goalkeeper with potential to go far. He has shown tonight he is able to handle the pressure.”

Argyle’s next match is at AFC Wimbledon on Saturday, and though Letheren is likely to be out, Cooper is not an automatic pick for the side. Argyle are, by competition rules, allowed to sign a goalkeeper under an emergency loan if all their professional goalkeepers are injured.

“We’ve got three goalkeepers out injured. It looks like Kyle has pulled his thigh, and will not be fit for Saturday.

“At this stage I am unsure on the situation. The only one who could be fit is Luke McCormick. If that isn’t the case, then we need to get doctors lines off to the FA, and we need to try and get another goalkeeper in.

“We’ll need another goalkeeper. Michael Cooper is an apprentice, he isn’t a first-team goalkeeper. We have to have a professional player able to play as a goalkeeper.”