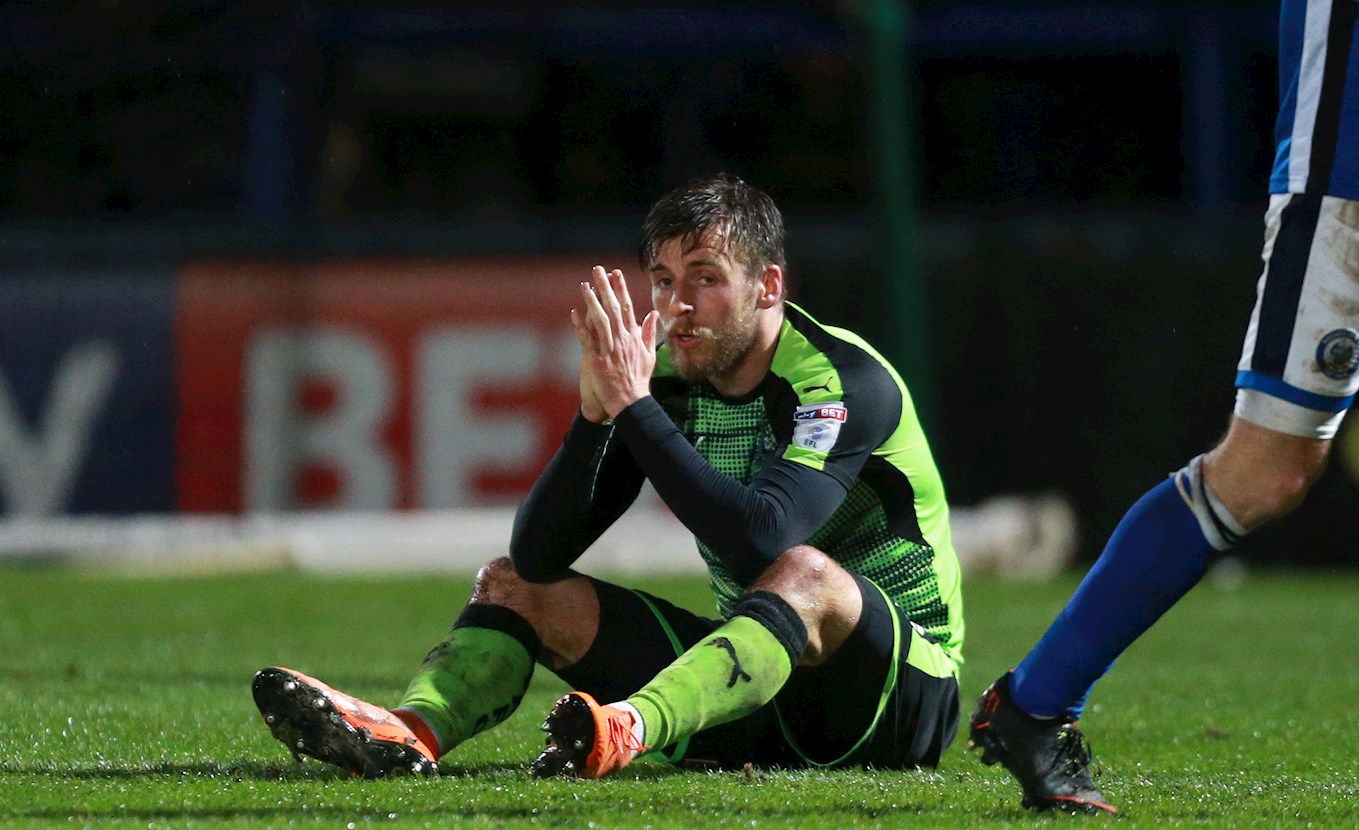 GRAHAM Carey has confirmed what the stats over the past five Sky Bet League One games have shown – the Argyle playmaker is enjoying his football again.

Graham has either scored or assisted each of the Pilgrims’ last five goals in a run that has seen them go unbeaten in four games.

The Irishman set up Joel Grant for a first-minute opener in the most recent of those, a 1-1 home draw with Rochdale. It is not coincidence that, in every match that Argyle have taken something, apart from a 0-0 draw at Bury, they have scored first.

Although the result meant the Pilgrims stayed bottom of the division, Graham believes it is further evidence that a settled side is heading in the right direction.

“It was the best we have started a game all season,” he said. “It was nice to score the first goal again. It just shows that, when we score the first goal, we don’t lose games. That’s the way we were all last season and, if we keep doing that, we will be alright.

“The goal came early, but, in the last few weeks, we have been a lot more patient and taking the chances when they come.

“We have played the same team for a few games in a row now and it does help when the team is not changed. We have been playing well lately, and the more games we do play together, the better we will be.

“The way we are playing now, we will fancy ourselves against anyone. We have got ourselves a real good team-spirit about the pace again and we’re all enjoying our football. Long may that continue.”

Graham is happy to be the focus of expectations of the Green Army and his team-mates alike, and that he did not start the season as either, or, indeed, he himself, would have wished.

He said: “It’s my job to create and score goals and, if I don’t do that, the finger is going to be pointed at me. I accept that; that’s the role I want in the team – to accept that responsibility.

“I’m finally getting a bit of form. It’s been a long time coming.