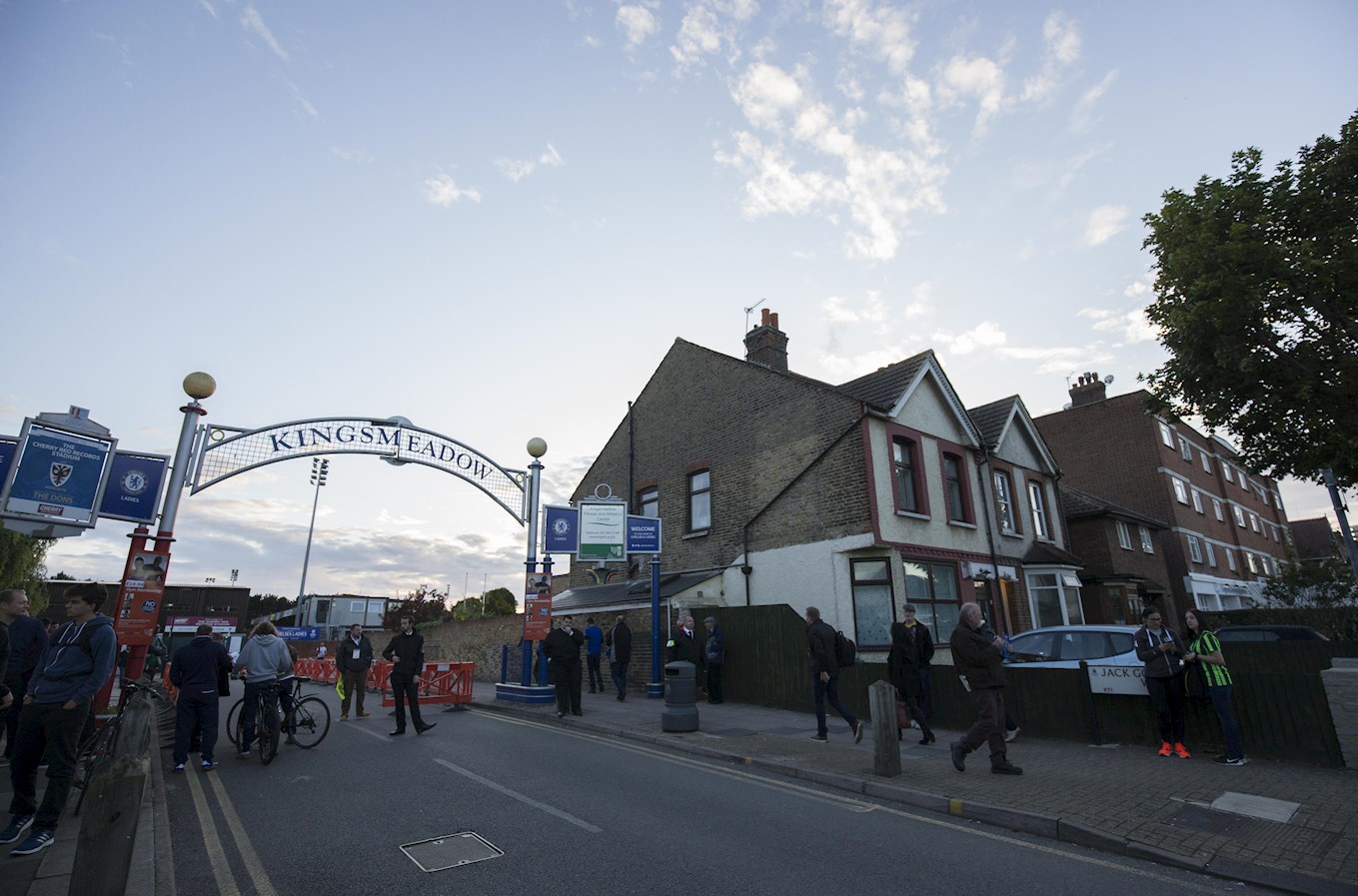 HAVING sold our entire allocation for Saturday’s Sky Bet League One clash with AFC Wimbledon, just under 800 of the Green Army will be heading to the Cherry Red Records Stadium for. MICHAEL WOOD looks at what awaits them.

The Cherry Red Records Stadium, also known as Kingsmeadow, opened in 1989, with Wimbledon moving into it in 2002. It is based in Surrey and found on the A2043.

The stadium has free parking, although this can fill up quite early because of its limited capacity. Street parking is also available around and near the ground. The ground has a modest capacity of 4,850 and the Green Army will be situated in the Rygas stand, which is one the smaller away ends in the EFL. A few fans may be seated in the appropriately-named John Green Stand.

Food is served inside the Rygas Stand, as well as the John Green Stand. Just outside the main stand is Shakey’s Diner, which provides an American Diner experience serving burgers, hot dogs and other similar options. There is also a fish and chip shop nearby, as well as the popular Fat Boys Café. Slightly further on from this is the Kingston Charcoal Grill.

Although there are no pubs in the vicinity of the stadium, there are several within reasonable walking distance. Near New Malden railway station are both All Bar One and the Fountain. The Bricklayer’s Arms can be found in the opposite direction, whilst the Kings Tun can be found nearby Kingston Station. All four pubs usually allow away fans on their premises during match-days.

Wimbledon display their trophy cabinet just inside the entrance of the Paul Strank Stand. Outside the main stand, fans can visit Terry’s Badges, a stall which features one of the most extensive collections of enamel football badges. This includes commemorative badges for the day’s match.

Moving away from the ground, for those looking to stay for the weekend, the Wimbledon Lawn Tennis Museum is worth a look for sports fans. Located at the All England Tennis Club in Southlands, it is open from 10am-5pm and chronicles the history of the sport with an extensive display of tennis memorabilia.

By the River Wandle, you can find Merton Abbey Mills, which features a craft market, shops, a restaurant and a pub. Hampton Court Palace, a former home of King Henry VIII, is also located nearby and is open every day.

For those looking for a bit more scope, it is just a short drive to Chessington World of Adventures, and just a bit further on you can find Thorpe Park. There are, of course, plenty of other sights to see if you travel into Central London, which is where the likes of Buckingham Palace, Big Ben and the London Eye are situated.