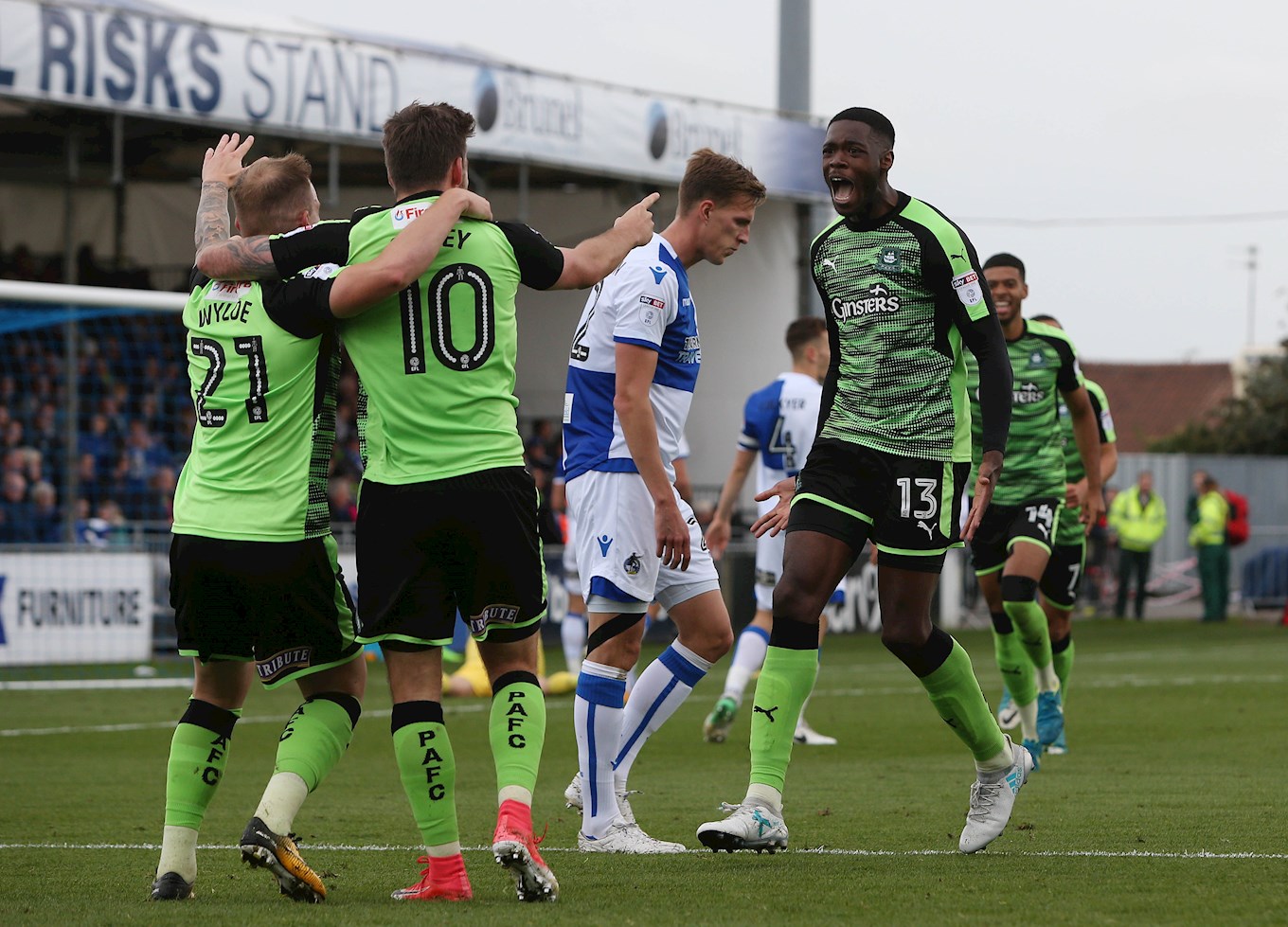 NATHAN Blissett believes his performance against Bristol Rovers and first Argyle goal against could signal the start of a purple patch for the forward.

The former Gas man led the line for the Greens for the second straight match, proving his worth as a starting striker. Though his strong showing was not enough to prevent a 2-1 defeat at the Memorial Stadium, Nathan was the catalyst for Argyle’s dominant spell in the second half, going close with a superb strike, before netting an equalizer on 52 minutes.

After Sam Slocombe did well to deny Blissett with a well-struck volley, the ball fell to the striker in the box once again, calmly finding the far corner. The goal was particularly sweet for the striker – and not just because of his history at Rovers. History tells Nathan that, once he gets going in front of goal, he can be a hard man to stop.

“I think the ‘keeper’s earned his wages with that one,” said Blissett on his first effort. “Fair play to him. I’d have loved it if that one went in.

“The gaffer’s been working on it with me; just sticking it into the corners. It was a nice clean strike – I’m happy with it. I’m happy to get off the mark and hopefully I can score a few more. I love scoring at the Mem!

“Usually when I score my first goal I go on a little run, so hopefully I can do that. In this pre-season I felt I started really strong. I probably ebbed off a little bit, but obviously wanted to work on my game and get back in. I have and I feel like I’m earning my place.

“I’ve got a bit of wind under my sails and know I can play at this level. It’s just about keeping momentum and being consistent. That’s the main thing.”