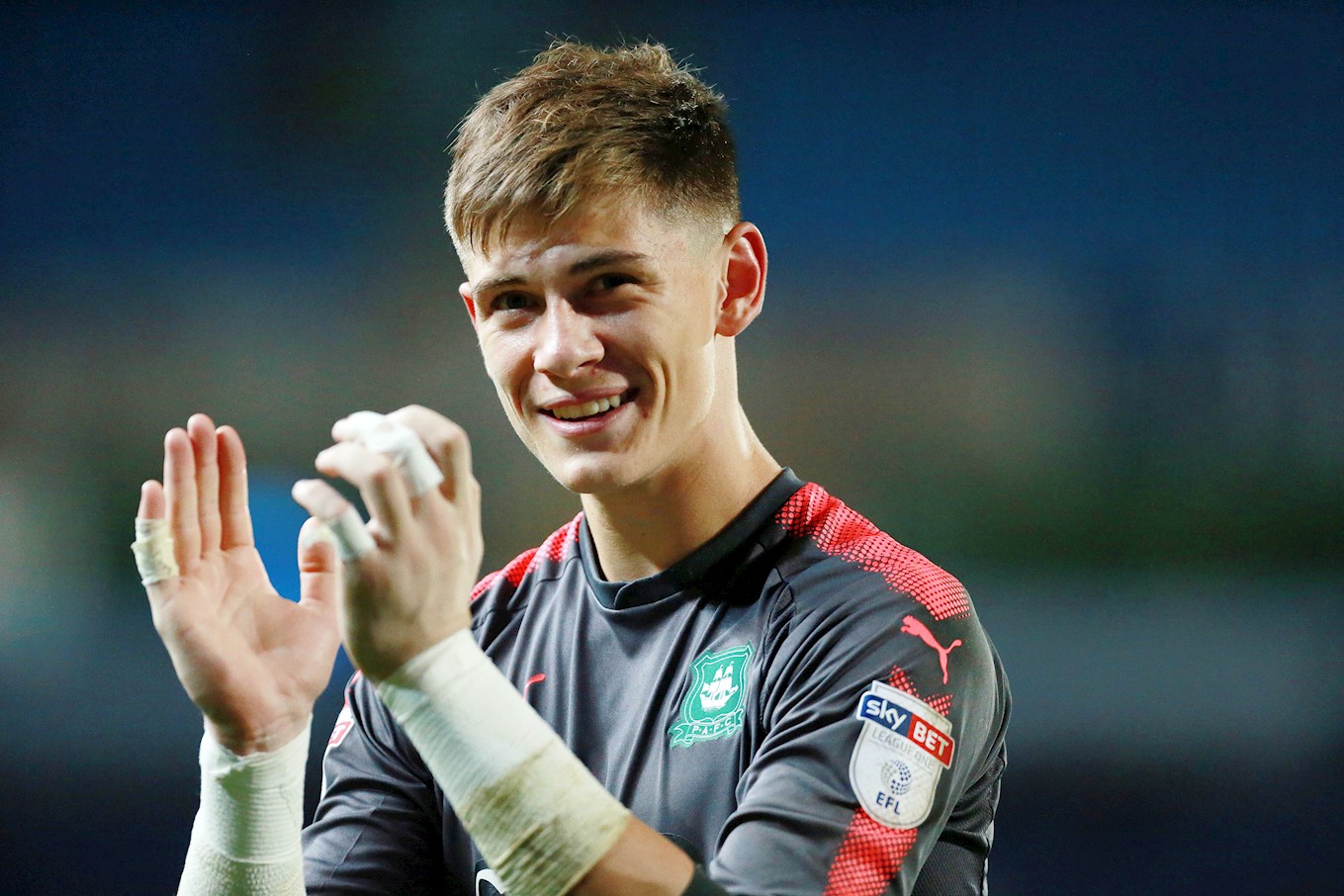 “I SCUFFED a few kicks, but you put those to one side.”

Michael Cooper, in saying the above line while making an assessment of his evening at Ewood Park to iFollow Argyle, matched Derek Trotter for missing the point wildly.

The iconic comedy character Del Boy, on selling a watch for £6.2 million and finally earning his fortune, turned to his brother Rodney and said: “We’ve had worse days.”

Blackburn fans will not thank us for bringing up the Trotters, the namesakes of their local rivals Bolton Wanderers. But those same Rovers fans may not thank anyone who brought up the teenage goalkeeper either.

When Letheren could not continue for the second half of Argyle’s match at Blackburn Rovers, with the score at 1-1, Cooper was pressed into action much earlier than he could ever have anticipated.

He who dares...Michael put in a superb, faultless display of handling, making a clutch of vital saves, catching crosses and most importantly keeping the sheet clean, and helping the Pilgrims to a more than respectable point, earned after Graham Carey’s stunning opener was cancelled out by Bradley Dack’s equaliser than squirmed by an already-stricken Letheren.

As Letheren struggled to the break, it became clear Cooper was going to be needed. In some ways, though, the ten minutes of waiting to be brought on, plus a 15-minute half-time interval, gave Cooper the preparation he needed to settle down.

“Being on the bench you have to be a prepared to come on, and eventually I did,” he said. “It is just about being in the zone. The main thing is the team got the draw. It’s a tough game, Rovers away, so it is good we got the draw.

“I tried to block the nerves out, stay as relaxed as I could. [Kyle] said at half-time that I might be coming on. Made it clear to get warmed up.

“I had a bit of time to process what was going on. That helped me.

“It was a whirlwind. Ball after ball, you have to keep on focusing. There was no time to take your mind off the game.”

Michael also revealed manager Derek Adams’ words of encouragement, and had praise for defenders Ryan Edwards and Sonny Bradley, and the team at large, for the result, and for helping him settle.

Cooper said: “[Derek Adams] said ‘play your own game, settle down, take time to take your kicks’. It was good advice.

“[Sonny and Ryan] were class. They really helped me out; not just those two, the whole team.

“The team were unbelievable. And the fans too, on a Tuesday night, travelling all this way, showed tremendous support.

“At the end of the game I looked around, thinking ‘I can’t believe I am here, on this pitch, playing.’ It’s unbelievable.”