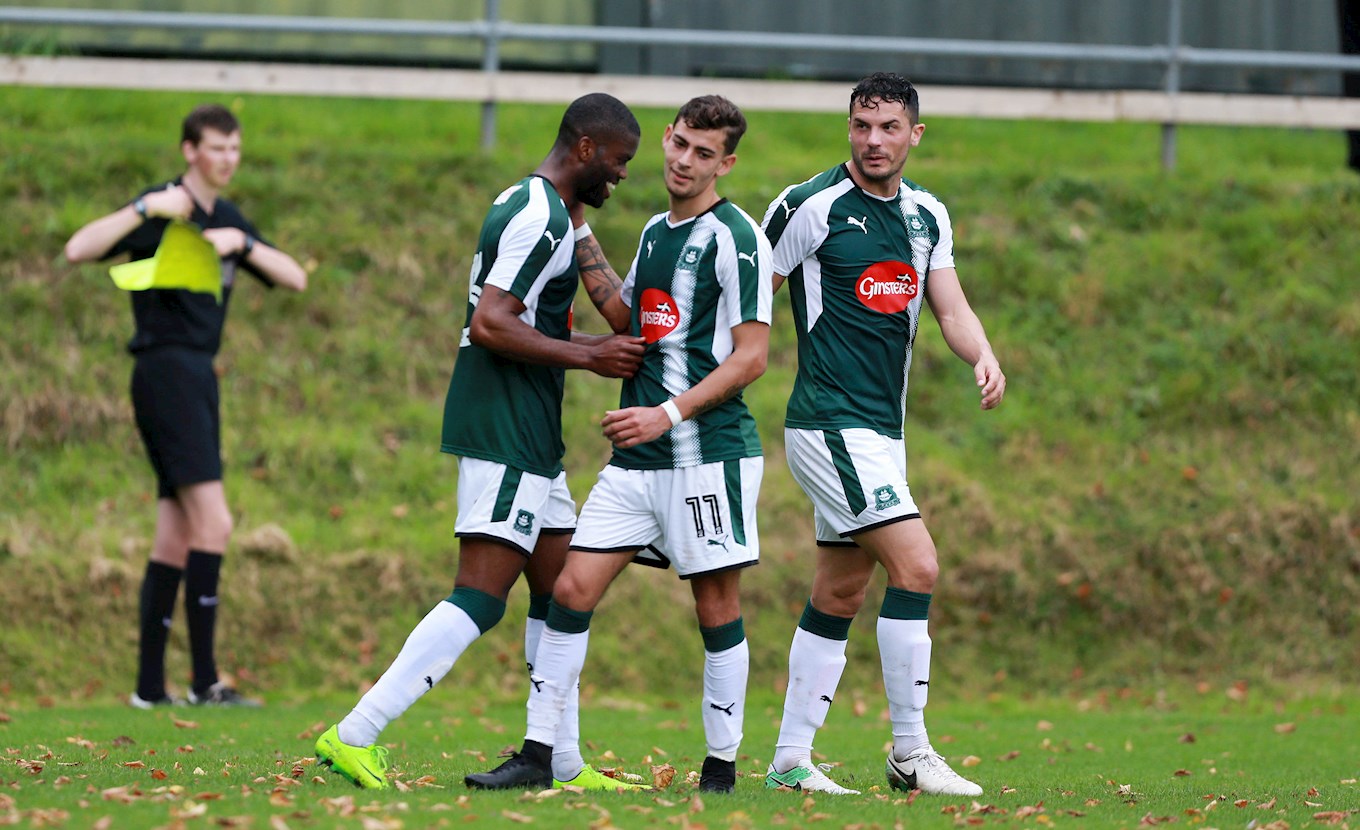 ARGYLE edged out MK Dons by the odd goal in nine in a thrilling contest in the Pilgrims’ first home Central League match of the season, at Coach Road.

It didn’t take Argyle long to open the scoring, as Joel Grant was played through from a great ball from David Fox. Grant, who had just had an effort ruled out for offside, comfortably slotted past the on rushing MK keeper in the 13th minute.

Argyle then doubled their lead seven minutes later after great work from Alex Fletcher who skipped past his marker and pulled the ball back for Lamieras to fire home. Within two minutes of the Greens creating a two-goal cushion MK pulled one back, a loose ball was picked up by Rasulo who then threaded through to Asante who slotted past Cooper.

The equaliser then came two minutes later as space opened up for Nombe to fire level. Argyle retook the lead in the 30th minute, through a clinical finish from Ciftci who chipped the ball over the goalkeeper after great work from Fletcher once again to make it 3-2 to Argyle.

The game then settled down for ten minutes after the first half an hour yielding five goals. But, MK were level again through a bit of luck, as Rasulo’s strike from the edge of the box took two deflections which left Cooper wrong-footed. Cooper then made a couple of good saves before half time to keep the score 3-3 going into the break.

The second half started more slowly with not much in the game, until a great strike from 25 yards out nestled into the bottom corner from Lameiras, on the hour mark for his second of the match.  Five minutes later Diagouraga was taken off after an accomplished and composed debut for the Pilgrims.

Argyle looked to have killed the game off with three minutes to go after great play from miller and battle put Joel Grant through who lobbed the on rushing goalkeeper to make it 5-3 to the Greens. However, there was still more drama as MK hit back in injury time through Asante, but Argyle held firm to keep their 100% record in tact.