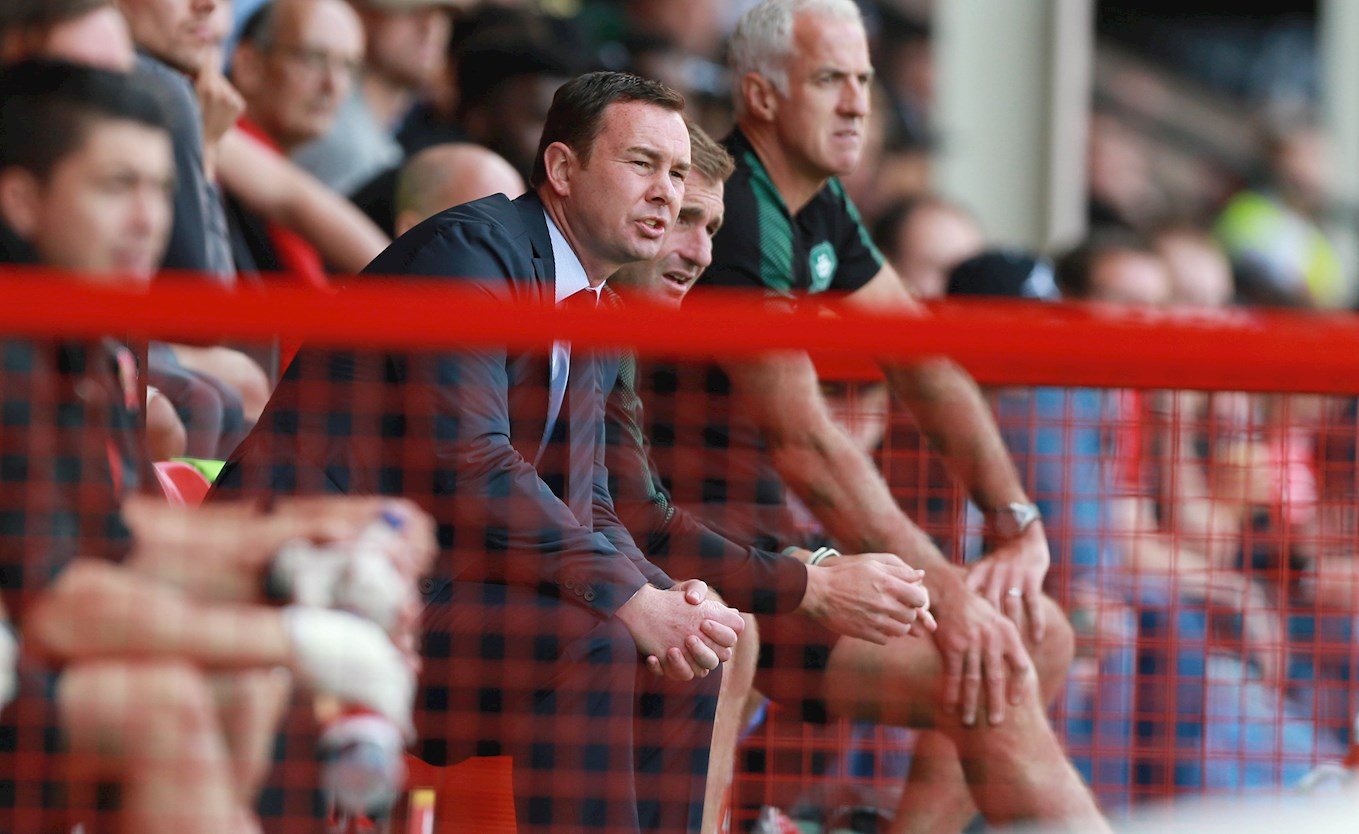 AFTER Tuesdays penalty shoot-out win over Exeter City in the Checkatrade Trophy, in which he made only one change to his starting 11, Argyle boss Derek Adams believes that continuity and the players’ character can help his team at home to Fleetwood on Saturday.

The visitors are currently 11th Sky Bet League One, with 16 points from their opening 10 games. This follows a season in which they finished fourth, just two points from promotion, losing in the play-off semi-final.

Argyle will need to be on form to record on a second league win of the season, and to that end Adams did not see fit to make changes in the Checkatrade match, looking to gel his side further, before Fleetwood’s visit.

“It gave me an opportunity to get a number of players playing with each other for a number of games,” said Derek. “We have been in a situation where we have found it difficult to gain points after putting in some good performances for spells of games.

“We showed a lot of character the other night going 1-0 down and coming back into the game, that’s the pleasing aspect of it, the players have got very good characters at this moment in time.”

With the Home Park faithful behind the team for the next two fixtures, Derek is hoping his side can be more clinical in front of goal and knows both fixtures are not going to be easy.

“They’ve (Fleetwood) started well and got to the play offs last year and they have competed well again this year. They made ten changes the other night for the Checkatrade Trophy, but still had a good experienced side with a blend of youth in it as well.

“Shrewsbury have started the season very well so they will be difficult games, but games that we will hope we can pick some points up. You only need to look at the stats to see we are one of the most attacking teams and we are up there with the best in division.

“We haven’t taken our chances along the way and I think at times this season at home we have been too attacking. The other night we lost a goal against Exeter as we had too many players in an advanced area and were caught on a counter attack, we had a left back on the edge of the 18-yard box.”