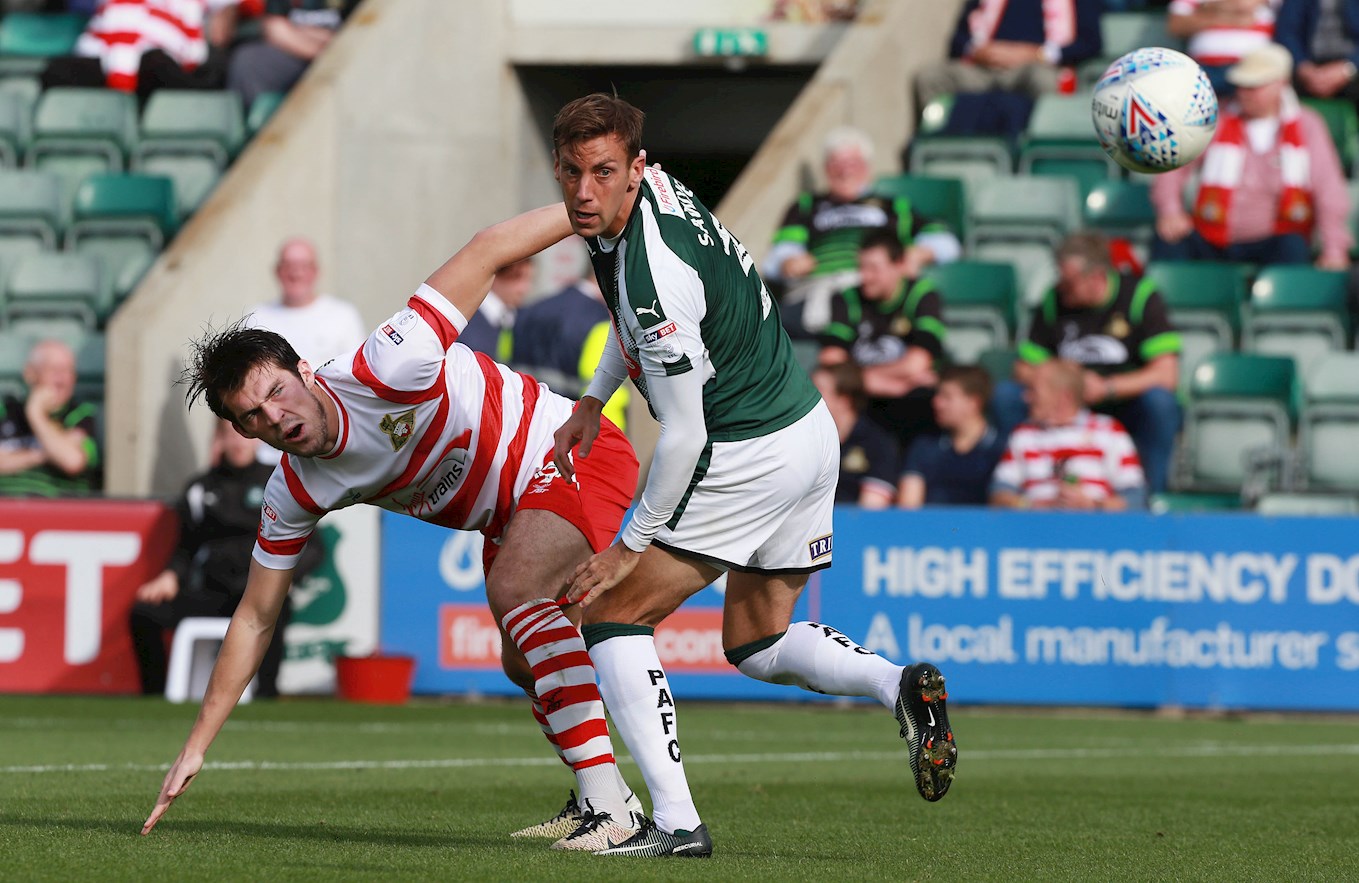 GARY Sawyer has had to get used to not one, but two new roles in recent weeks.

The long-serving Argyle defender, who has taken over the captain’s armband from injured team-mate and good friend Luke McCormick, started the recent 1-1 home draw with Shrewsbury on the right side of defence, having occupied the left for most of his career.

“I played at right-back for Orient a couple of times,” he said, “and probably [Bristol] Rovers, as well. You’d think it would be quite similar, but everything is done with your weaker foot, which isn’t easy. I feel comfortable enough to play at right-back – it’s just getting your bearings, positionally.

“It was a little bit shaky in the first ten minutes, when they were coming on to us, but, after that, I felt fine. I’ve been training as a right-back, working on things, to get my mind right.”

The captaincy sits a little more easily with Gary, who is into a third season of his second spell at Home Park.

“It is something I always wanted to do for the club,” he said. “I did it at youth team; I did it at reserve level; I never got to do it when I was here originally.

“It’s always an honour to be given the armband, especially at a club that you’ve come up through and have got a lot of feeling for. It’s a nice feeling to walk the boys out.”

Part of the responsibility of a skipper is seen as being around to help the less experienced members of the dressing-room, but Gary said: “Armband or no band, that’s something you get with age.

“I don’t look around the team and see a lot younger than me now. I had a lot of help when I was younger – you always look to the older players to help you.

“Obviously now I am one of the older players, it’s definitely a job you have got to take with both hands and help the younger players out. You can do it a little bit more as captain.”

One of those who Gary is keeping a special eye on is first-year professional Alex Fletcher, who started his the second EFL match of his fledgling career against Shrewsbury.

“He’s a very willing young boy,” said Gary. “His quality is fantastic and he can finish. It was not one of those games when we could open them up for him so he could run riot effectively; it was game where he would have to dig in and work hard, which he did, and made it difficult for them.

“He is going to have a lot of those in his career, when sometimes that is the job you have to do for the team. He did it really well and professionally.

“For a young lad, I think he was brilliant.”