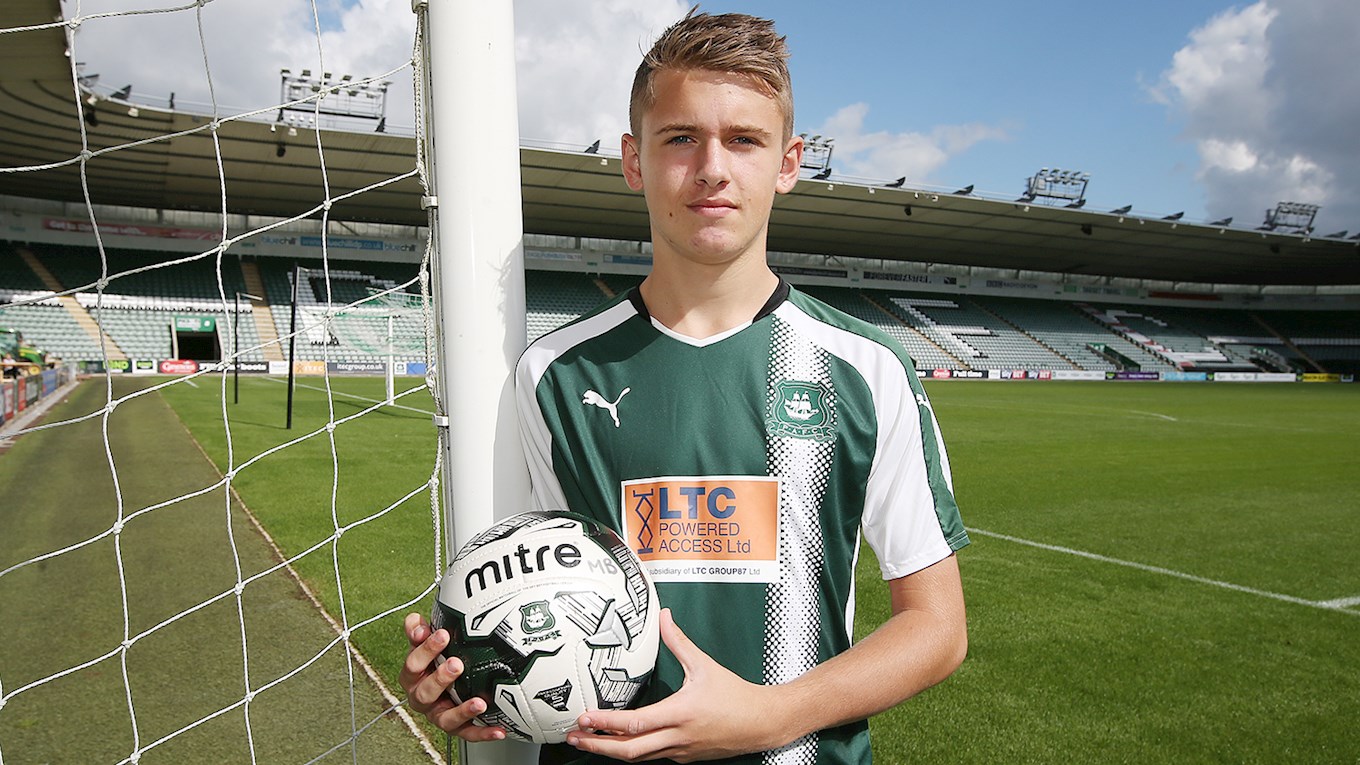 ARGYLE'S youngsters threw down a marker to the Pilgrims' senior side by easing into the second round of the FA Youth Cup with a comfortable Home Park victory over Eastleigh.

Four days before the first-team entertain Grimsby Town at the same venue in the opening match of the 2017-18 Emirates FA Cup, the Argyle academicians set a high standard.

The Young Pilgrims were home, if not hosed, before the game-clock had reached 15 minutes, by which time they led 3-0 against their Hampshire visitors.

The first two of that trio were claimed by midfielder Tom Purrington (pictured), maintaining a growing family tradition in the FA Youth Cup. Both were well executed set-pieces: a header after a well-timed run on to Harry Hodges' corner, and a far-post tap-in of Cameron Sangster's flighted free-kick from the same left-hand side.

On the subject of tradition, young Hodges, captaining a side shaped and selected by his father Kevin, the Academy Director, laid on the third goal for Matt Ward. After playing a sweet one-two with Billy Craske, he made the right-hand bye-line, and then picked out Ward's bright run to the near post.

As is often the way after such a storming start, the game settled down and, after three goals in the first 13 minutes, there was not one for another 13 minutes. Luke Jephcott was fouled by Lewis Harvey and exacted maximum recompense with a well-taken penalty.

The only blot on the Pilgrims' first-half copybook came five minutes from half-time, when the under-worked Argyle defence conceded a goal to their game opponents, Tom Bearwish netting.

The Pilgrims began the second half nearly scoring a fifth, when Ryan Law hit the post, and conceding a second, when Ben Scorey scrambled the ball past Michael Cooper after some uncertain defending.

The three-goal advantage was restored just after the hour when another free-kick from Sangster, around who revolved much of what Argyle did well, was turned into his own net by Eastleigh's George Coombes.

The oggie destroyed what faint hopes Eastleigh might have harboured of a stunning comeback, and Argyle saw the game out without further ado.

Substitute Klaidi Lolos came close to scoring with a cheeky near-post back-heel before Sangster got his name on the scoresheet with a stunning finish after finding space - as he had done all evening - in the penalty box.

Sangster was not finished, though, and, with two minutes remaining, the influential midfielder helped set up substitute Rio Garside for the Pilgrims' seventh goal.

Either Marlow or AFC Wimbledon now await the Young Pilgrims in the second round, with the winners of Wednesday's encounter coming to Home Park on a November night to be decided.