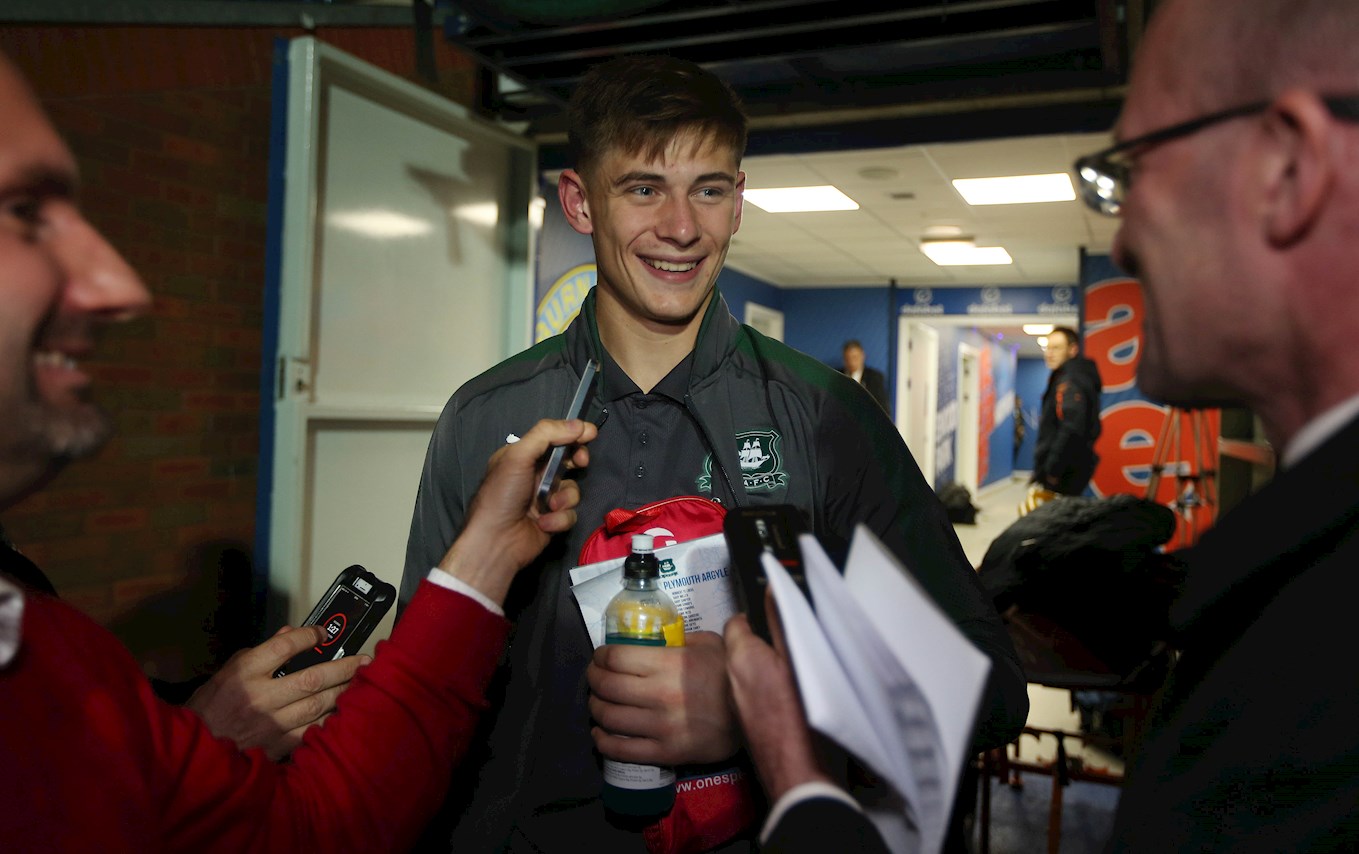 WITH his Argyle tracksuit on, Michael Cooper exited the Argyle dressing room at around 10pm on Tuesday, and turned right.

His team-mates had turned left, and out towards the waiting coach, and a trip home to Plymouth. Cooper, though, was ushered towards a waiting, small press pack.

His first interviews, following his first first-team appearance, came with him still a little unable to process his evening to that point.

He was, too. But Cooper handled his questions as well as he had the shiny Mitre Delta that some Blackburn players seemed intent on getting past him and into a net, for some strange reason.

At half-time at Ewood Park, Argyle were drawing 1-1 with Blackburn Rovers, with Graham Carey’s second consecutive wondergoal being levelled by Bradley Dack’s injury-time goal for the hosts.

Four minutes of stoppage time, a long time for a first half, were played, mainly because of a thigh injury picked up by Argyle goalkeeper Kyle Letheren. At the interval, it became clear that Letheren could not go on, and his substitute, Cooper must replace him.

Soon after the second half began, a long, high, deep cross sailed into the Argyle penalty area. A figure in grey with pink flashes hove into view, leapt and caught the ball cleanly.

Cooper was going to be fine.

From the stands, Cooper appeared to be physically growing in stature as the game went on. He could be seen gesticulating to his defence, barking out orders and instructions.

“I get told to talk,” said Michael, “and it helps with your confidence. It helps the defenders too in knowing where their men are.”

As the game drew to a close, and Argyle’s excellent point looked safe, Blackburn pressed one final time. A ball rolled across the Argyle area, and it looked certain that substitute Ben Gladwin would break Pilgrim hearts.

Instead, Aaron Taylor-Sinclair threw himself headlong to block the ball, his amazing intervention causing the ball to loop over the bar, and out for a corner. From said corner, Rovers had their final effort on goal kicked away by Cooper. Seconds later, the match was over.

“The ball got squared back,” recalled Michael, “and the next thing I knew Aaron Taylor-Sinclair comes up to my left and pulls off a brilliant block.

“I knew it would be the last kick of the game, so I really focused. Luckily it came at me and I made the block, and the full-time whistle went. It’s all good.

“You could see their class, they kept moving the ball, but our defence was too resilient for them.”

Approximately 15 minutes after first being taken to face the press, his duties completed, Cooper was free to get on the bus. Before he did, though, he came across Blackburn winger Elliott Bennett, who was leaving the ground to head home.

“You’re the young ‘keeper, aren’t you?” said Bennett, stopping Michael in his tracks. “I thought you were superb. What a great debut. Well done, and good luck.” Bennett shook Michael’s hand, and headed off. It was a classy act; no doubt Bennett remembered his first game, and how he felt. He came through it alright, and has had a very good career.