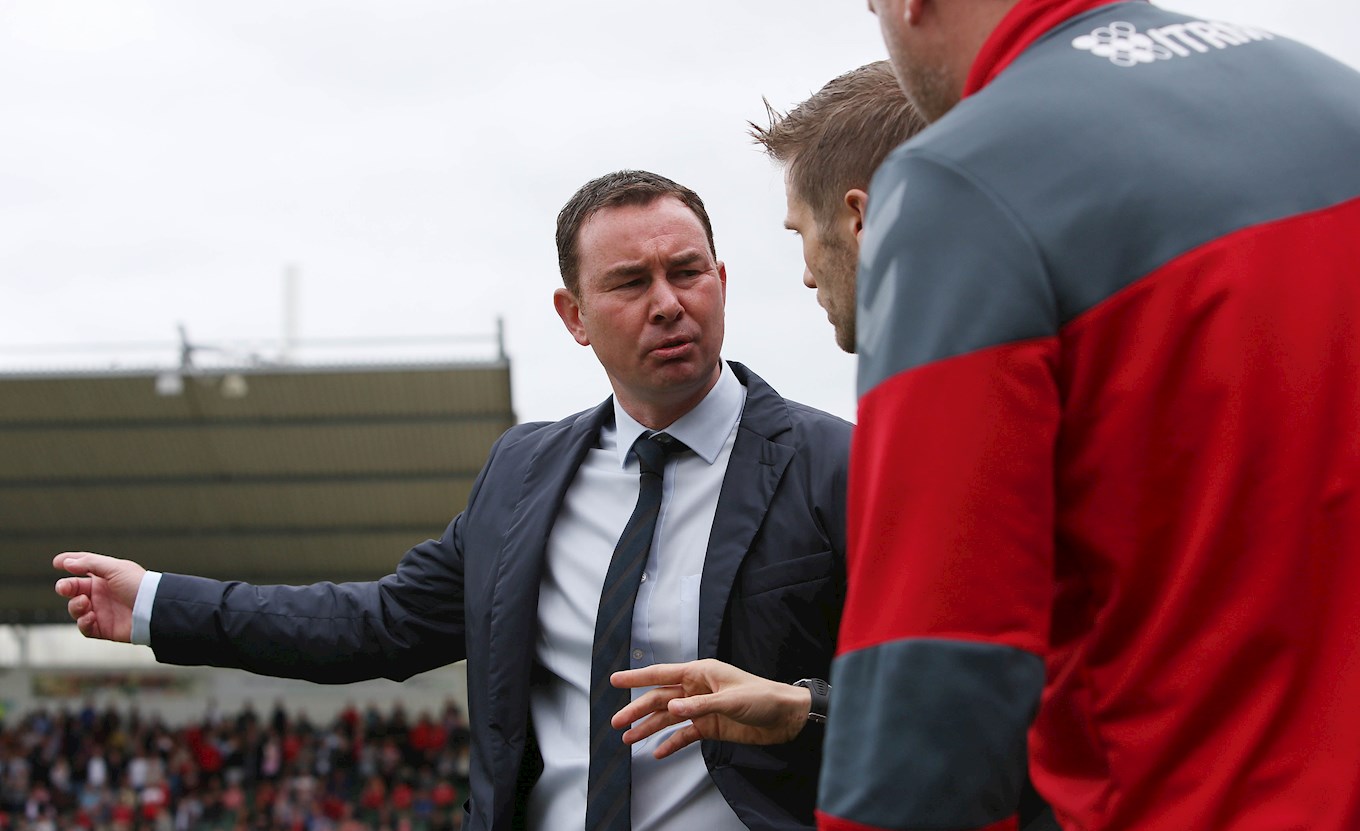 DEREK Adams is desperate to rid his Argyle squad of injuries and suspensions to help him guide the Greens away from their poor form, which continued with a 2-1 defeat to Fleetwood Town.

Goals from Jordy Hiwula and Amari’i Bell for the visitors were enough to nullify Alex Fletcher’s stoppage-time header and make it just one point in nine Sky Bet League One games for the Pilgrims. Whilst there were glimpses of progression during the game, Derek’s patched-up side struggled to paper over the cracks caused by ailments and ill-discipline.

“We’ve got to get injuries and suspensions back,” said Adams. “We’ve had seven or eight today, and that takes its toll at the club. We haven’t really been able to have our best team on the pitch this season.

“If you look at the ones who were unavailable for us today, it’s a big list. We had David Fox on the bench, who wasn’t 100% ready for it. We’ve got McCormick, Ryan Taylor; all starters from last season. We’ve had Threlkeld as well, Gary Miller, Sonny Bradley, all out. I’m not making excuses, but any manager would find it difficult to deal with that.

Summing up the gaffer’s selection issues this season, Oscar Threlkeld made his return against Fleetwood, only to be forced off at half time after picking up another leg injury.

“He’s got a sore a leg, so he felt that he couldn’t go through the pain barrier,” said Derek. “Nothing serious, I don’t think.

“He’s been out for a period of time and we needed a right back. He should’ve been able to play. He should’ve healed over four weeks with that injury. We know that, clinically, everything is fine. He’s seen a consultant; he’s had x-rays; physio department doctor [gave Oscar] the all-clear to play. We wouldn’t play a player who wasn’t able to play. We’ll obviously assess it tomorrow and see what the problem is with the injury.

“We spoke about it [Threlkeld playing] during the week. We had him training most of the week and he knew he was going to play. He just felt at half time that it was too sore to continue.”

Derek’s depleted squad has, at least, ensured that Alex Fletcher has had opportunities to impress during the campaign. Fletcher’s late header made it three goals for the season already, as he aims to make himself a part of the manager's plans, no matter who else is available.

“Alex is a young player that I’ve obviously given his debut to,” said Adams. “He’s got his first league goal today – a well-taken one at that – and he’s got a bright future in the game. I’m delighted for him to get that goal.”