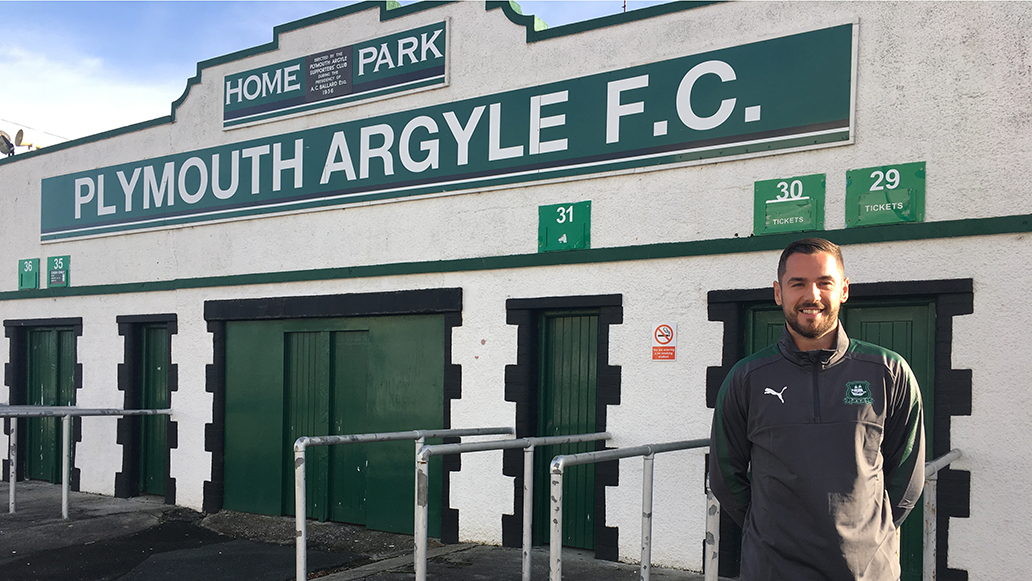 The Norwich City goalkeeper has come to Home Park on an emergency loan because all three of the professional goalkeepers on the Pilgrims’ squad roster are injured and will make his Argyle debut in Saturday’s League One game at AFC Wimbledon.

Remi Mathews was born in Gorleston, in Norfolk, and rose through the Canaries’ Academy before turning professional in 2004.

Although he is yet to make a competitive appearance for Norwich, Remi made his professional debut on the opening day of the 2015-16 season in Burton Albion’s first League One fixture, a 2-1 home victory over Scunthorpe United. He made a further five competitive appearances for Burton before returning to East Anglia.

Later the same season, Remi joined Doncaster Rovers and played nine matches as Rovers were demoted to League Two. With Burton reaching the Championship, he was thus part of a promotion-winning squad and relegated one in one season.

In the summer of 2016, Remi joined Hamilton Academical on a season-long loan and made his debut on the day he signed, against Ayr United in the Scottish League Cup.

He went on to make 27 appearances in all competitions, conceding 37 goals, as Hamilton staged a successful fight against relegation. It would have been more but a shoulder injury saw him miss several months of the campaign.

On his return, and after signing a contract extension to 2018 with Norwich, he saved three penalties in a 3-0 Scottish FA Cup shoot-out win over Dumfermline and kept six clean sheets in the final 11 games of the season, including in both legs of the relegation play-off against Dundee United.

When Remi signed his new Norwich deal, Head Coach Daniel Farke said: “Remi is still young as a goalkeeper and has a lot of potential. He has faced a lot of competition this season but has a brilliant character and a great working attitude.

“In the last period, he has improved week-to-week and when he continues with this attitude, we will have a lot of joy with him in our future.”