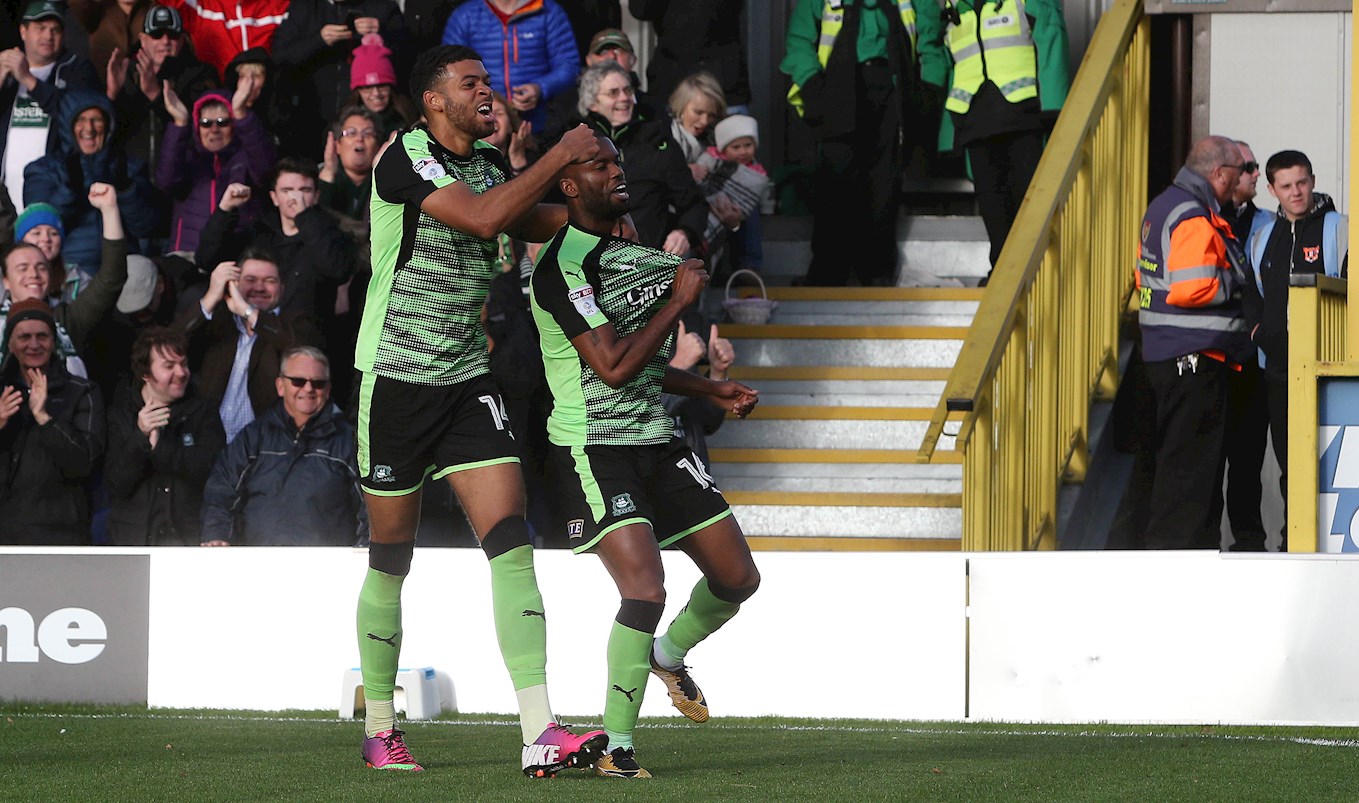 MATCH-WINNER Joel Grant took the plaudits for ending the Pilgrims’ winless run after 12 matches but insisted that the praise should be shared around.

Joel netted early in the second half at Wimbledon to give Argyle a 1-0 victory and complete a decent eight days for the Pilgrims, following 1-1 draws at Blackburn in midweek and at home two Shrewsbury the previous Saturday.

“We’ve been sticking in,” he said. “Everyone’s been working together – you can see the real togetherness – and we don’t want to concede. We’ve done that today: a clean sheet and three points is fantastic.

“We have got to take the positives from it. We can’t get carried away, obviously.  There’s still a lot of hard work to be done, but we are definitely taking steps in the right direction and it is pleasing.”

The Pilgrims dug deep to thwart Wimbledon’s late attempts to force an equaliser, with Norwich City goalkeeper Remi Matthews making several important saves on his first start since arriving at Home Park only two days previously on an emergency loan.

Joel said: “I can only imagine how difficult it is, coming into a new group under the little bit of pressure that we have been under. It’s probably not easy, but he looks like he’s been here since the start of the season.

“It takes a real mental strength and credit to the boys at the back. Not just only them – the goalkeeper who’s come in for his first game. Everyone’s put in 100 per cent effort and that’s what you’ve got to do.

“We know what the gaffer expects and you have got to give 100 per cent, nothing less.

“We’ve not seemed to have the luck of most – we’ve had sendings-off; we’ve had injuries – but, in the last few games, we’ve proved that we are more than good enough, and that togetherness and fighting spirit is what we’re going to need for the whole season.”