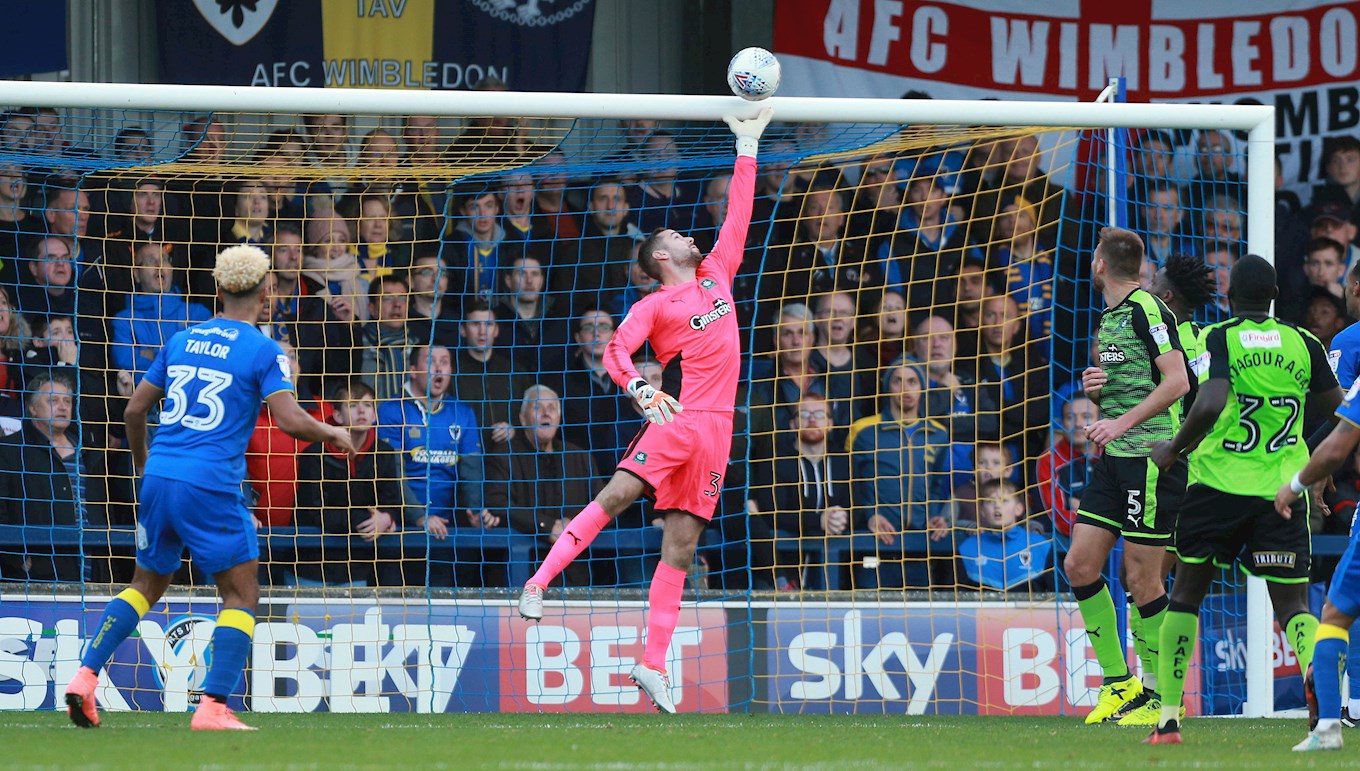 Keep On Keeping On

GOALKEEPER number five for Argyle already this season, Remi Matthews started life at Argyle with an excellent display – and a clean sheet – in the win over AFC Wimbledon.

The Norwich City loanee slotted straight in between the sticks for the visit to the Dons and, despite only just getting to know his new teammates, looked at home with Pilgrims. Commanding his area, communicating with his defenders and making some crucial saves in his debut performance. How quickly Remi has settled in may have surprised some, but not Derek Adams, who knows all about the shot-stopper.

“I’ve watched Remi before. I watched him when he was playing in the play-off final with Hamilton. I knew what I was going to get. I was very impressed with him that day and I’m delighted to get him on board.

“I’m obviously very grateful to Norwich City. Remi wants to come and play football, and the circumstances that we’ve had – we’ve had no fit pro goalkeepers – has allowed him to get that move.

“He does communicate very well and he put in a good performance.”

Matthews was far from the only player to impress in the Greens’ 1-0 victory. The goal-scorer, Joel Grant, tucked away his first Argyle goal with plenty of class, and was set up by Graham Carey, making it two goals and an assist for the Irishman in three games.

“Graham can do whatever he wants to do,” said Adams.“He’s got the ability to rip open defences, and he did that in the second half. He gave [George] Francomb a torrid time, and set up the goal for Joel Grant, which he took well.”

As for Grant, Derek said: “I’ve been going on for a few weeks with Joel that he needs to add goals to his game. He’s been in good areas already with us. We’ve seen he can score in training, in reserve games and in pre-season.

“Today, it was an outstanding finish, and it was outstanding play from Graham Carey to pick him out. I’m delighted with that.”