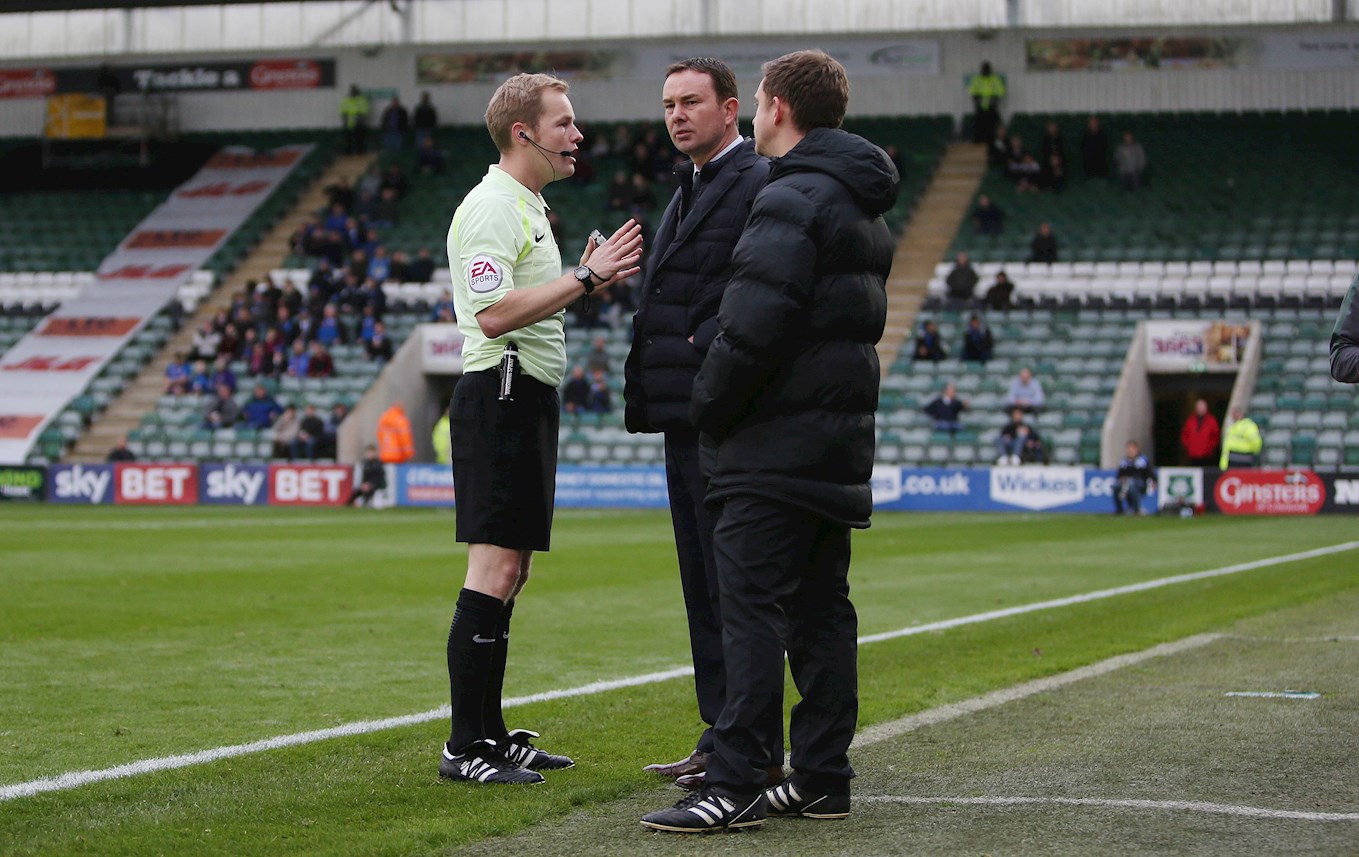 FULL backs in Sky Bet League One continue to fall prey to the abilities of Graham Carey – and Derek Adams believes one of Rochdale’s could well have been sent off due to another unplayable performance from the Irishman.

For the second consecutive match, Argyle’s opposing manager was forced to take off their left back and prevent any more damage being done. Following George Francomb at AFC Wimbledon, Joe Bunney was the unfortunate victim at Home Park, left for dead by Carey after less than a minute as he crossed in for Joel Grant to head in the opening goal.

Rochdale were able to respond on 33 minutes through Matt Done and earned themselves a 1-1 draw, but there was nothing they could do about Carey’s speed and trickery on the right flank. Bunney was booked in the first half and another foul after the break must have had referee Gavin Ward considering producing a second yellow card. He opted not to, allowing Dale boss Keith Hill to substitute the left back.

“I did think that the left back should’ve been sent off,” Adams said. “He committed a foul in the first half and then they were allowed to substitute him, to avoid him getting sent off. They were quite fortunate that way.

“It’s happened two weeks in a row now. It happened with Wimbledon last week; it’s happened with Rochdale this week. Obviously it was a mismatch. Carey did really well for the goal. He got down the left side and took him on for speed, and it’s a great cut-back for Joel Grant to finish.”

Indeed, the similarities to last week’s trip to Kingston continued, with Grant scoring once again. Either buoyed by the goals or simply getting more and more acquainted to life at a higher level, Joel’s recent performances have certainly pleased his manager. It is a similar story for Norwich City loanee Remi Matthews, who has slotted in seamlessly between the sticks to cover Argyle’s slew of injured shot-stoppers.

“Remi’s come in and done really well for us,” said Derek. “He’s a good kicker, a good shot-stopper and we’re delighted to have him.

As for Joel, who was substituted after picking up a minor knock, Adams said: “From my point of view, he’s done really well. He’s scored another today and he’ll be fine for Grimsby. He just twisted his ankle; he went over it.”