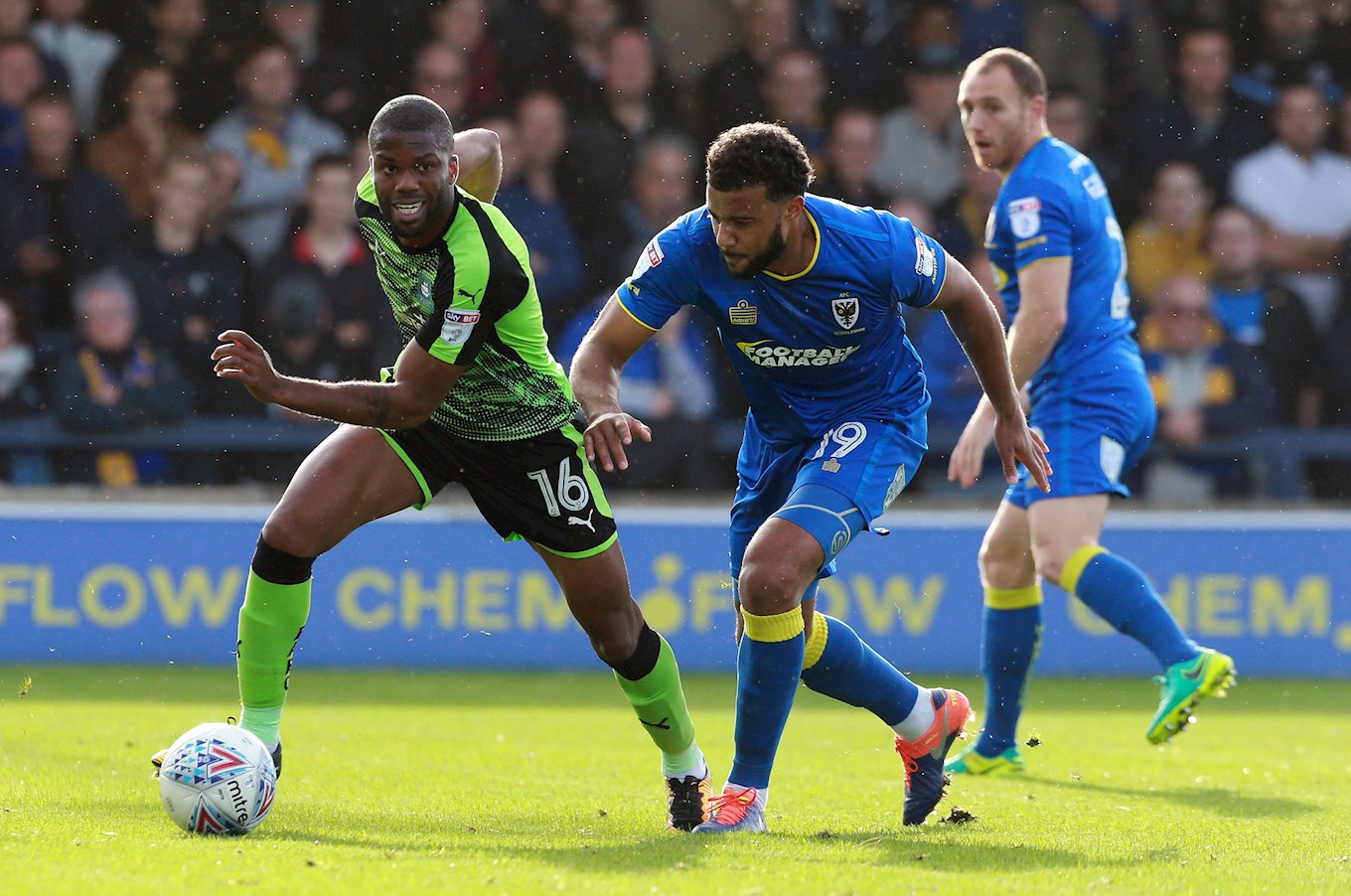 THE name of AFC Wimbledon may be something that still holds a negative connotation deep in the recesses of Derek Adams' brain, but the Cherry Red Records Stadium holds no such stigma.

And the first ground that Adams ever managed at in England may just be the place where his Argyle side got their Sky Bet League One campaign truly under way.

Joel Grant's goal just after the hour mark was the only one either side could score in an open contest, and for only the second time this season, Argyle held on to the lead for all three points.

The omens felt good; we learned pre-match that Wimbledon had NEVER won three consecutive league fixtures, and given they were coming to this fixture on a two-match winning run, that seemed to bode well.

As, of course, did the fact that Argyle had never lost at the ground in five league games.

The only new name on the Argyle teamsheet was Remi Matthews, signed on loan from Norwich in the week as an emergency loan goalkeeper. Apprentice Michael Cooper, who deputised so well in the second half at Blackburn, was back on the bench.

Of all the 22 players starting the match, it was a different name that threatened to dominate the game: Brian. An Atlantic storm of that ilk, whistling its way across the British Isles, sent a direct wind through the ill-protected Cherry Red Records Stadium, and would affect proceedings from the off.

Argyle, playing into the wind in the first half, actually seemed to settle the best, playing balls beyond the high Wimbledon back-line, but with the ball holding up, Jake Jervis's powerful running unsettled the hosts.

The Pilgrims forced a number of early corners as they pushed to claim the first goal in an away game for the second time in a week, but it was the Dons who had the first serious chance. It came from nothing; Ryan Edwards was under no pressure when he missed his kick, and suddenly Wimbledon looked in. Edwards rather sheepishly raised an arm in admission of a mistake moments later, after his team-mates had bailed him out.

Argyle's pressure had not really yielded a clear shot, whereas Wimbledon looked a little more direct when they attacked. Harry Forrester's curling effort, just wide, had Argye hearts - including Matthews' - a-flutter for a second, and George Francomb sent a similar effort over the bar, a little further away.

The Greens' best moment nearly came from a piece of casual Dons defending. Will Nightingale sauntered out of defence and tried to waltz past Fox, but the Argyle midfielder stuck out a boot and won the ball. Had the loose ball fallen a little kinder, Jervis would have had the simplest of finishes. Instead, goalkeeper Long gathered gratefully.

Jervis, against whom the Wimbledon back-line seemed to hate playing, managed to engineer a shooting position on the edge of the box after a patient Argyle build up, but the forward dragged his effort wide with his left foot.

Only two minutes after the interval, with Argyle now having the wind at their backs, Jervis and Grant broke beyond Wimbledon's static defence. Jervis squared having raced away, but Grant was just behind, and could not convert.

Within a minute, Carey had gone off on a run, been fouled, and then struck a dead ball narrowly wide, as the Greens looked the side most energised by the half-time interlude.

As the hour approached, so the status quo remained. Argyle, typically through finding Jervis's tireless running, kept pressing, then Carey attempted to add another contender to his own personal goal of the month contest.

Cutting a swathe from the right, he danced past two befuddled defenders, then onto his left foot, driving low at goal, but into a combination of defenders and goalkeeper.

Wimbledon answered by bringing on Cody McDonald for former Pilgrim Jimmy Abdou, and within a few minutes the new man had caught a right wing cross rather sweetly, but directed it some way wide.

Argyle soon got it right, though, and via a man from just the other side of Richmond Park. Grant, from Acton, was all action as he put the finishing touch on the best move of the match.

When the wind is gusting and causing havoc all round, it sometimes best to keep your high balls low. From midway inside the Pilgrims half to the right foot of Grant eight yards out, the ball barely left the deck. David Fox looked under a bit of pressure, but his sterling football brain overrode that, and his reverse pass to Grant got Argyle moving.

Grant spread to the right to release Carey, who looked menacing every time he received the ball. This time, although he looked set to shoot, he instead threaded a ball beyond Wimbledon, where Grant had timed a run to perfection. First time, he struck firmly into the top corner, and Argyle had a precious lead.

Wimbledon had a chance to level when Liam Trotter's headed effort from a right-wing corner looked close, but in truth Argyle were looking the more likely to add to the total. Since withdrawing Abdou, and playing with two forwards, Wimbledon had conceded room in the middle of the park, where Yann Songo'o, Toumani Diagouraga and Fox began to dominate.

For a time. The inevitable Wimbledon pressure came, and with Argyle perhaps a little more anxious than many would be to protect a lead, the ball was played almost exclusively in the Pilgrims' half.

The ever-lively Barcham - along with 4,000 in the home ranks - felt he was felled on a run into the area, but the referee disagreed. McDonald then headed menacingly on target, drawing a vital save from Matthews, who tipped over the bar. Even right-back Barry Fuller got in on the act, managing to get behind Argyle, but got stage fright, and simply chested into Matthews' hands.

Argyle could have got away and clear - Fox's clever chip was just a little too high - but should this be a Rab Douglas-like 'one and done' for Matthews, he will have earned his little spot in Argyle history. In injury time, Forrester's curling effort looked like the equaliser all Pilgrims had feared, but Matthew's dived and turned backwards in mid air to make another terrific save.

Even past the alloted four minutes of injury time the Dons' chances came, but Argyle somehow blocked, deflected and repelled everything.

Referee Martin Coy's whistle was a sweet a sound as any Pilgrim could possibly hear.