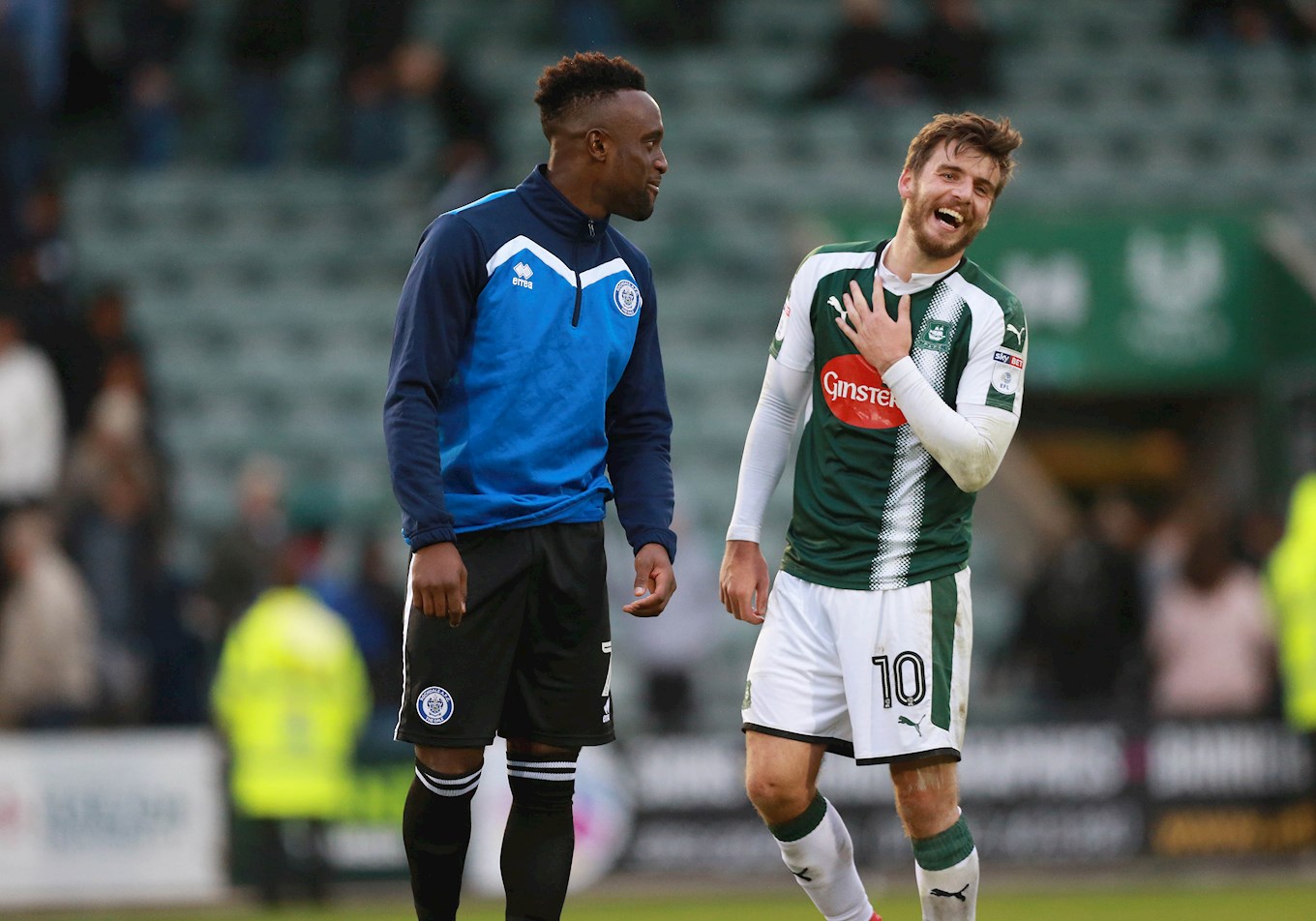 SUCH has been the improvement in Argyle’s recent form – four Sky Bet League One games unbeaten now – that it is much spoken about that the Pilgrims, somewhere along the line, have turned their fortunes around.

Hopefully, when the story of Argyle’s 2017-18 season is written from the safety of mid-table, we will be able to debate when the precise turning-point occurred.

Was it when they stopped a run of home defeats by holding unbeaten leaders Shrewsbury? Was it when Aaron Taylor-Sinclair stretched out a long leg to thwart Blackburn’s Ben Gladwin in the last knockings at Ewood Park? Was it when they ended a 12-game winless streak with a typically stubborn 1-0 victory at Wimbledon?

Or was it, indeed, before all that, when, immediately following a fifth successive Home Park reversal, the players remained in the dressing-room long after the Green Army had departed and the Tribute Legends Lounge had emptied to share a few home truths?

“We had a good chat after the Fleetwood game, as a group,” said midfielder Graham Carey, after the 1-1 home draw with Rochdale drew Argyle ever so slightly closer to a safe area of the division.

“We all knew that, as individuals, that we hadn’t been as good as we were last year or the year before, especially for me personally. I started the season really slow. Over the last two years, I’ve created and scored a lot of goals and I felt like I kind of let the team down a little bit at the start of the season.

“It shows how much we care. Maybe at other clubs, bottom of the league, people would throw in the towel, but not here – everyone pulls in the same direction, playing staff and coaching staff. It’s paid off in the last four games but it’s just the start and we need to keep pushing on.

The emphasis on giving nothing away to set up a platform from which to win games – the hallmark of the successful 2016-17 campaign – has been more in evident over the four-match unbeaten run than previously. Even against Rochdale, after Joel Grant scored inside the first minute, they resisted the temptation to throw too much caution to the wind too early.

Rochdale equalised leading up to half-time, but Argyle finished as the team most likely to grab the win and nearly did so when Graham’s free-kick was gabbed on the goal-line by Dale goalkeeper Josh Lillis.

Graham said: “It didn’t go over – when that happens, you think it might not be your day; I had a chance after that with a volley and I kind of shanked it a little bit.

“We’re hard to beat and, once we keep a good shape, the manager just lets you do what you want when you have the ball. It’s paid off. It’s weird, being more defensive, but we have looked better offensively over the last few weeks, which is good.

“I can see why fans do get frustrated. We do, too, because, sometimes we do drop a wee bit too deep. We were a lot deeper in the first half, but, in the second half, we came up the pitch about 20 yards and were winning the ball back higher up.

“The way we set out and work together as a team, it is very hard for teams to break us down, which you saw at Blackburn and places like that. Because we invite teams on to us, there is more space to go and counter-attack.

“It was a good performance again. We’re a little bit disappointed we didn’t get the three points; I thought we were good value.

“It was a good game and once we don’t win, we don’t lose; that’s what we’ve been good at over the last two years and I think we’re slowly getting back to being the team that got us promoted.

“As long as we work as hard as possible the quality in the team will start to show.

“It’s a good platform but we’re still bottom of the league, and we know that. We still need to be working hard and pushing on.”