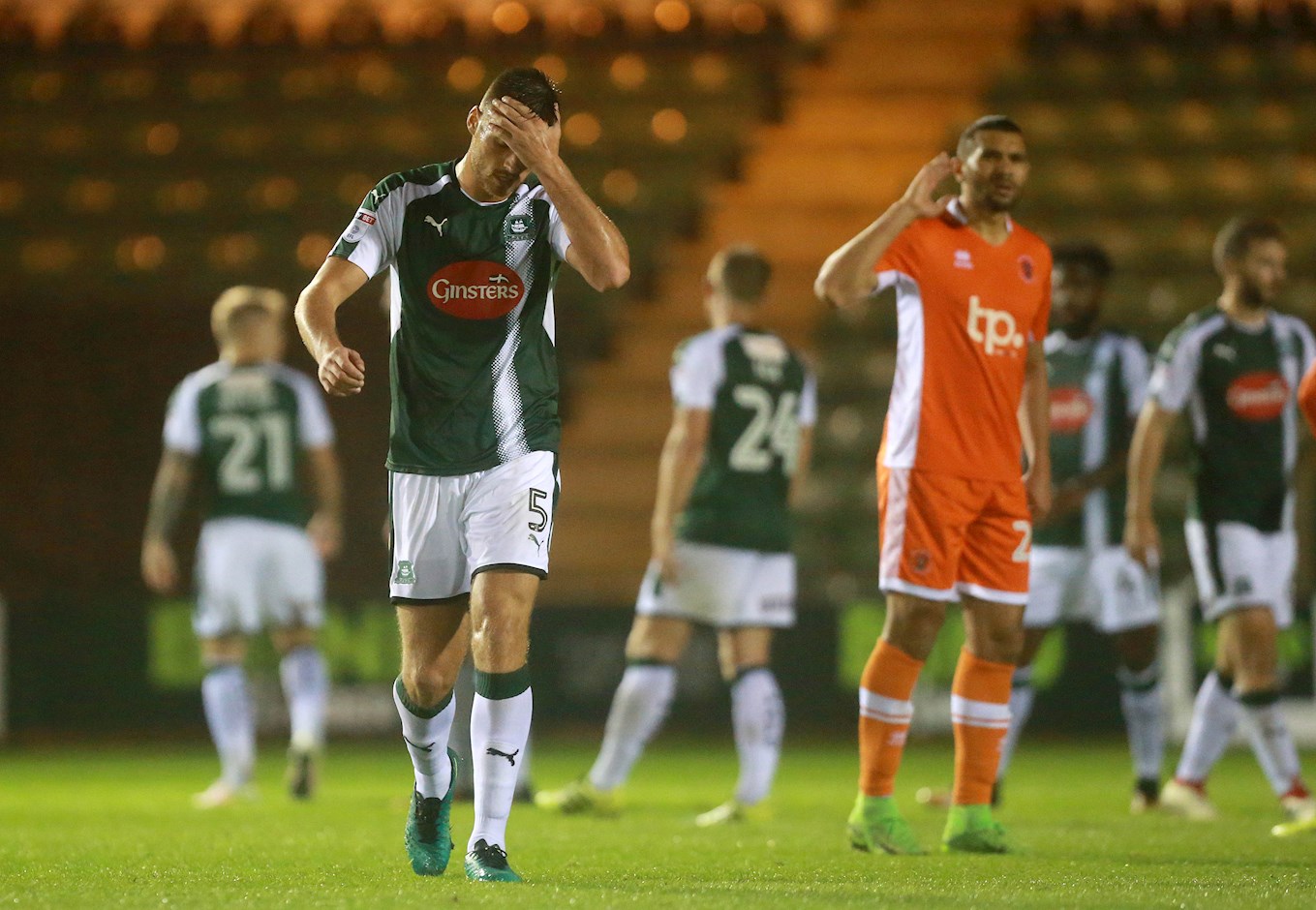 THE amount of red cards at Argyle this season has got to stop, according to defender Ryan Edwards.

The 6ft 4 defender is one of five Pilgrims to have been sent off in this season’s Sky Bet League One campaign, having picked up two yellow cards against Blackpool on September 12.

“It’s got to end,” said Ryan. “Five red cards in a season are pretty noticeable, but five reds in 11 games? It’s unheard of.

“You can talk about it but it is never expected. Nobody means to get sent off. A moment of madness where Sarce has seen red and put his head in but the rest have been tackles. Mine was two yellows, Gaz’s was - I’ve not seen it back - but a strong challenge, so you can talk about it to a certain point of view but you’re not expecting that many and we’re certainly not meaning to do it.

“We certainly need no more if we are going to give ourselves a chance of getting points on the board.

“Since the first one, you saw what happened against Scunthorpe; we conceded and then another and another. It mentally can take it out of you but we showed a better mental attitude against MK Dons; after the red card we went on to be the better team and we should have taken something from the game, but we certainly don’t want to be giving ourselves mountains of time when we’re a man down because it’s not ideal.”