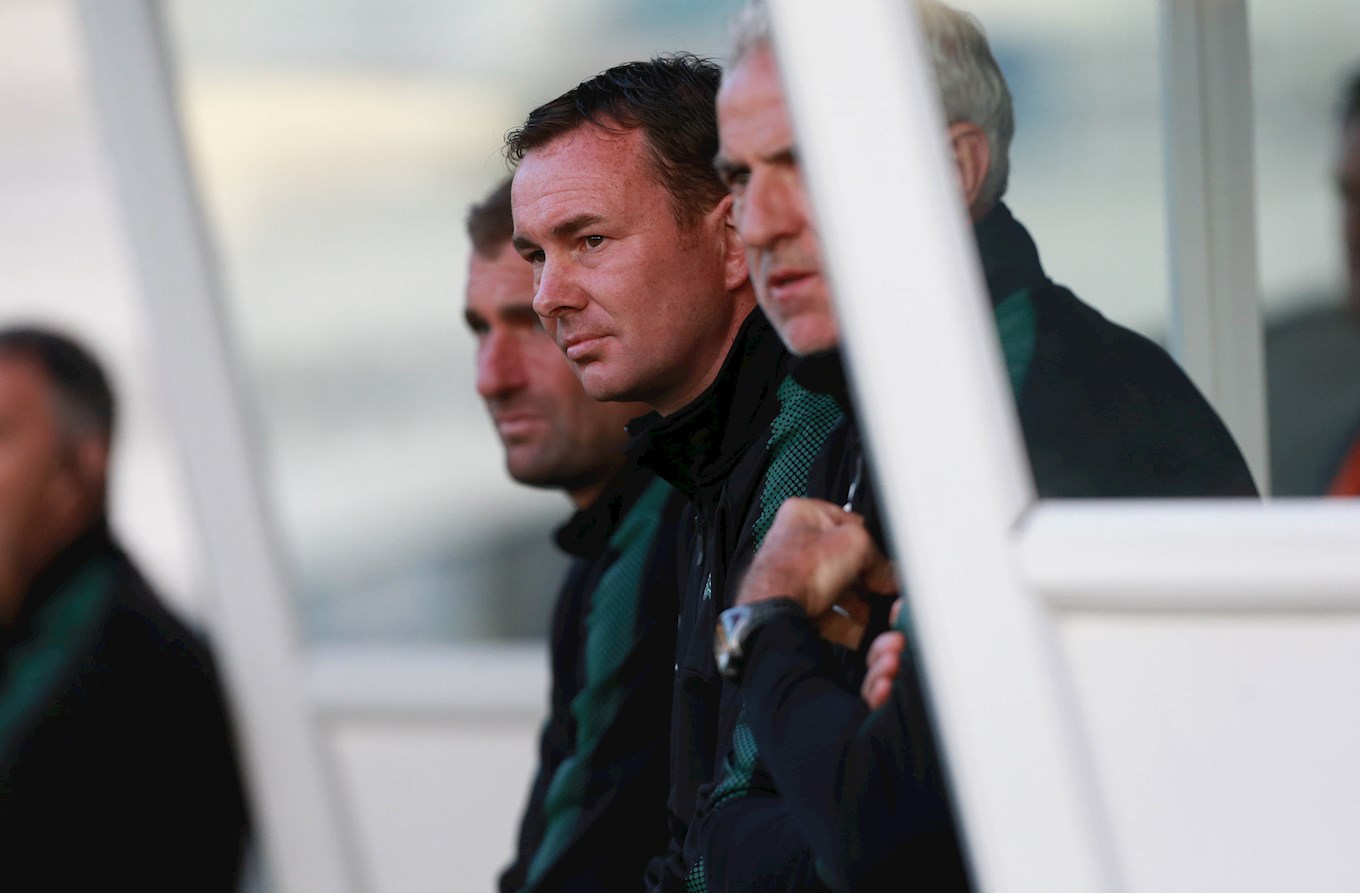 ARGYLE’S 2-1 defeat at home to Fleetwood made it 10 Sky Bet League One matches without a win for Derek Adams’ Pilgrims.

So, just when you hoped things may get easier, next up for the Greens are unbeaten Shrewsbury Town who currently sit top of League One with 30 points from a possible 36.

Derek, though, knows how contrary football can be, and is hoping bottom of the table Argyle can beat table toppers Shrewsbury.

“They’ve started the season really well and been able to get to 30 points really quickly,” said Derek. “Having a settled team to chose from is important they’ve been able to have that, and momentum as they have been picking up wins; that’s something that in any sport is important.”

Football can change very quickly and teams can get on a run: Derek pointed out one interesting stat, featuring Saturday’s visitors, that could give the Green Army some optimism.

Exactly a year ago, the three clubs that currently occupy top spot in each division all sat 23rd in the league. All pulled themselves up the table, finishing 12th, 18th and fifth respectively.

Derek said: “Shrewsbury, Cardiff and Exeter were all down the bottom of the league last year and its flipped, all of them being top of the league this year. So that’s interesting from a footballing point of view’.”

Derek is hoping that the midweek win over MK Dons, in a Central Keague fixture played at Coach Road, will install some confidence into his side. Ruben Lameiras and Joel Grant each scored twice, with Nadir Ciftci scoring the tother goal, and Alex Fletcher chipping in with two assists.

“I think that score in any game,” said Derek, “with Grant scoring two, Lamieras and Nadir getting a goal it was good from an attacking point of view to get these goals and gives confidence to those players.”

He was also happy with new signing Toumani Diagouraga’s performance in the game, and knows he could be a big asset for the Greens.

“He was the best player on the park,” said Derek. “He was very tidy on the ball and composed, that’s what you get from playing so many games in the Championship. He’s had a number of clubs with a possibility of going too that maybe didn’t suit him. We can give him a platform to go and play, He’s an experienced player and they know how to play their way into games.”