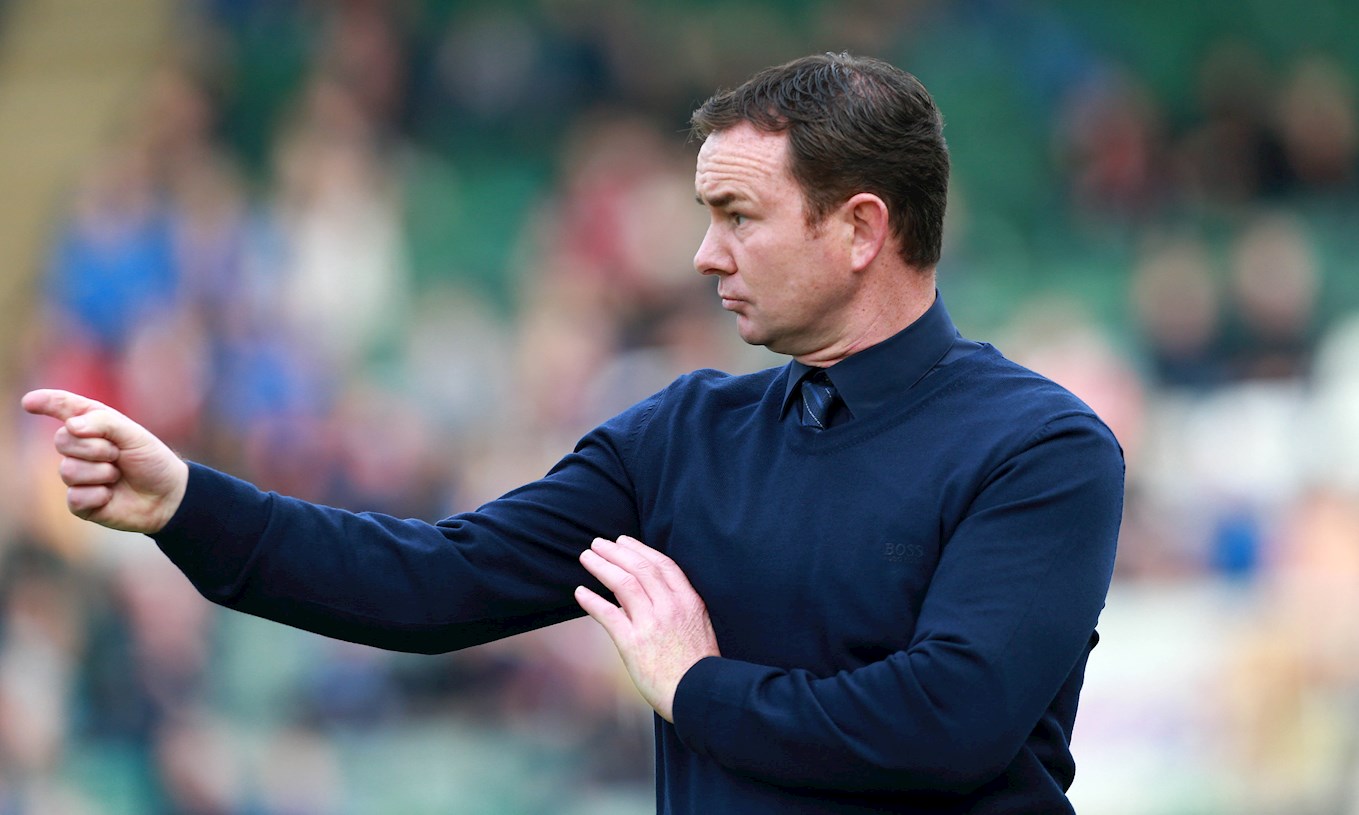 ARGYLE came close to snapping the undefeated streak of Shrewsbury Town – and manager Derek Adams believes his side deserved even more than the 1-1 draw they came away with.

The EFL's sole side without a league defeat to their name were on the brink of seeing that accolade fall at Home Park, as a lively and threatening Argyle display put them on the ropes.

Strong spells in the first half were eclipsed by a near-dominant start to the second half, which eventually gave the Greens the lead. Graham Carey picked up the ball in the middle of the park on 58 minutes, made himself a yard of room and hit a typically tremendous strike into the far corner.

“Graham Carey made his goal himself,” said Adams. “A great pick-up in the middle of the park, he dribbled it well and a fantastic strike to go ahead in the game. That’s what we deserved at that moment in time.

“I thought that we probably shaded the game today, performance-wise. It was a strong performance against the top-of-the-table team, and I think we were unfortunate not to come away with the three points. We were the better team on the day.

“We just feel like we could’ve taken them [the chances] when they came along, but that’s been the story of our season. We haven’t been able to convert the opportunities when they have come along.”

Indeed, chances before and after Carey’s opener fell to the likes of Antoni Sarcevic and Jake Jervis, but were not taken, giving the Shrews hope of avoiding defeat. Town boss Paul Hurst threw on attacking players, prompting Derek to bring on a third centre back in the form of Sonny Bradley to handle the pressure.

No-one could stop the equaliser, though, as Shaun Whalley guided a curling shot from outside the area into the inside of the far corner on 78 minutes.

“They went to two up front at that moment in time,” said Derek. “They had played 4-5-1 before then, and it [the substitution] was just to give us extra protection.

“We just felt that we could’ve held onto that lead to the end. They get one shot from the edge of the box. We should’ve blocked it; we didn’t get out quick enough and he’s been able to put it in the bottom corner.”

Like Carey’s strike, the equaliser was something out of nothing – and the visitors struggled all afternoon to craft clear openings. The Pilgrims were more successful in that department, but could not convert it into a second goal, having to settle for one point when three were within reach.

“We didn’t really look under serious pressure,” said Adams. “They had a lot of the ball, but on the counter attack, we still had opportunities with Jake Jervis and Nathan Blissett as well.

“They didn’t have many opportunities in the game. Kyle Letheren made a very good save from a cross that got flicked on, but other than that, Kyle wasn’t troubled this afternoon. But that’s been the story of our season. We’ve created opportunities, we haven’t taken them, and we’ve been punished in the end with a goal from outside the box.

“We were so close. Over the 90 minutes, we had the better opportunities than them to get the three points.”