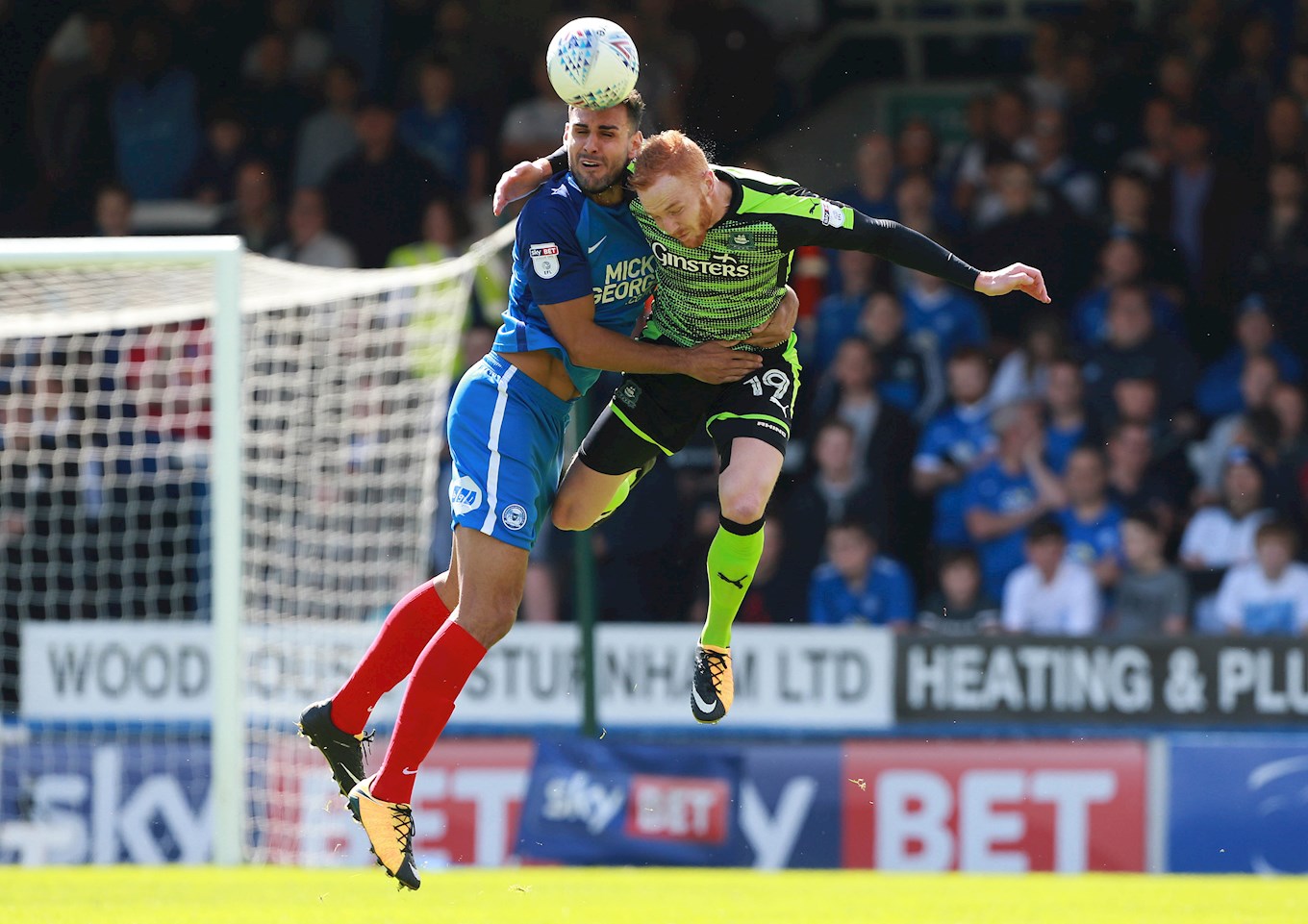 So Frustrating for Taylor

IT has been a frustrating few months for Ryan Taylor.

The Argyle striker has been recovering from a broken ankle he suffered in the opening half of the opening game on the opening day of the 2017-18 season at Peterborough, and has since had to watch as his team-mates have endured some tough battles in their return to Sky Bet League One.

“When you’re watching the results every week, you just want to get out there playing,” he said. “It’s hard to take at the minute, being injured.

“It’s difficult, because obviously you don’t feel part of it; you want to be out there playing. But I’ve got my job to do in getting myself right and hopefully, once I’ve done that, I can get back out on to the pitch.”

Tayls previously made the step up to League One after helping Oxford United to promotion prior to joining Argyle, and he gave his views on what makes it a tough leap from League Two.

“I think it’s just been fine margins,” he said. “In this league, all the players are a bit better and if they get given the chance, they’ll take it. In League Two, they might not have taken the chance, so we might have been able to get into the game, but here, if you make a mistake, you get punished.”

Successive draws against strong opposition – Shrewsbury and Blackburn – have boosted Argyle, and Taylor shares the general view that a corner has been turned.

“I think the last two games have been good and the results have gone our way,” he said, “so hopefully we can build on that confidence now get some good results.

“We had quite a few new players so it took a while to gel, but we’re starting to do that now so hopefully we can get a few more results and start climbing the league.”

One of the key factors in the recent turnaround has been the form of playmaker Graham Carey, who now has scored two great goals in successive games.

Ryan said: “I’ve seen that every day in training since I’ve come here, so it’s no surprise to me, and I’m sure it’s no surprise to the supporters and the coaching staff. He’s obviously some player. But obviously it’s a team effort and we need to start pulling together now and keep the results coming.”

Not so spectacular is Taylor’s patience as a spectator, although he admits he is still been perfecting his trade despite being sidelined.

“I’ve been sitting in the Director’s Box and it’s hard to watch,” he said, “especially when the boys are losing.”

“But I like to take a keen interest in what the striker is doing. I’m always learning. I know I’m 29 but I I’m still learning the game.”