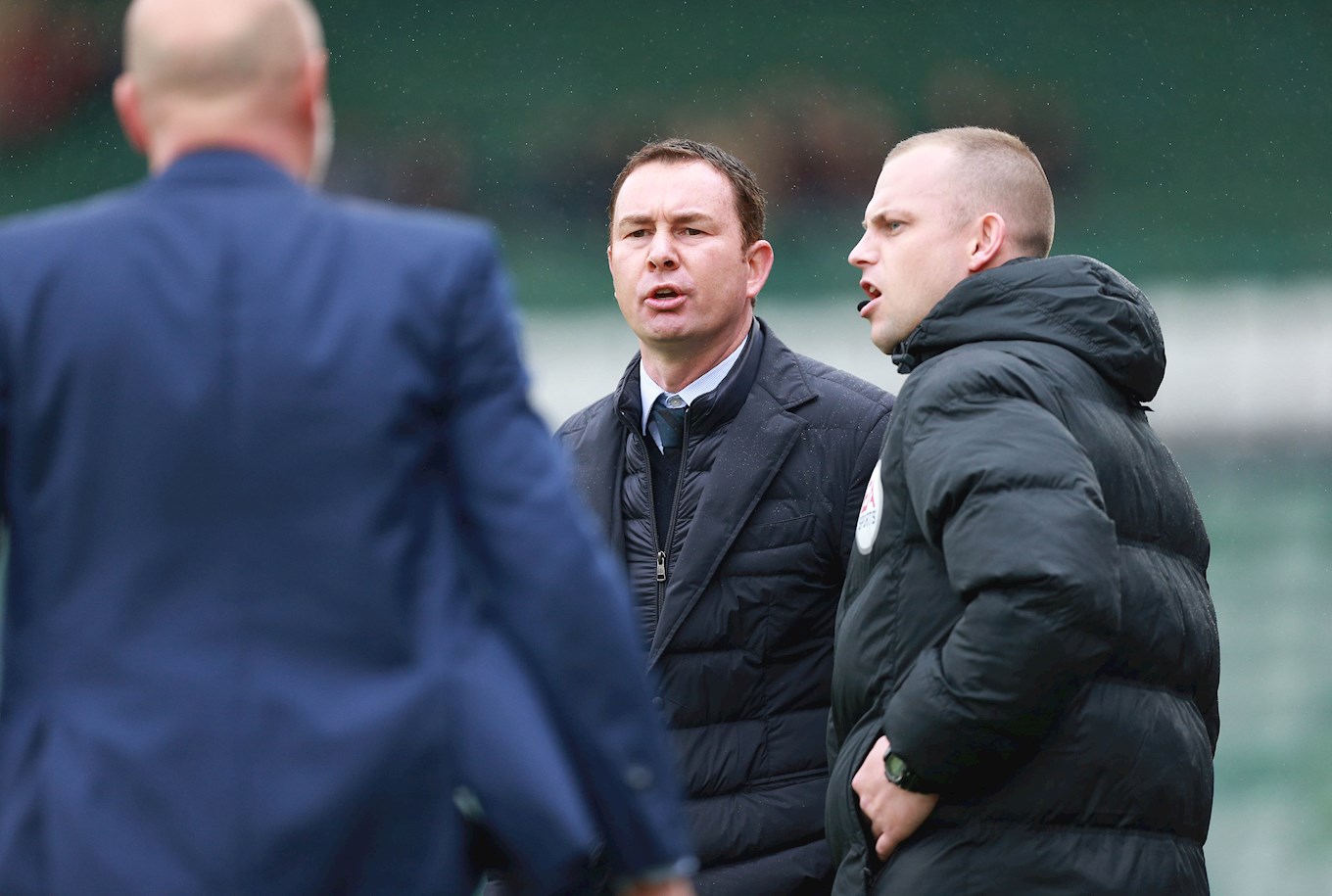 CHANCE creation and chance conversion are at the top of Derek Adams’ list of issues to fix, after seeing his Argyle side slip to a 2-1 defeat against Fleetwood Town.

The boss would have been buoyed by a number of improvements in his side’s performance against Fleetwood, retaining more possession and moving the ball around with more intent. Those positives, though, did not lead to a change in fortunes in front of goal.

After spells of pressure but few efforts on goal, the Greens fell behind in the 64th minute. With the Pilgrims losing possession in midfield, Jordy Hiwula latched onto an excellent through ball and slotted home.

“We get punished with a mistake,” said Adams, “which has happened a number of times this season. We haven’t done that enough this season. We’ve struggled to get that goal when we need it.

“We obviously gave away a very poor goal. We lost the ball in the middle of the pitch. We had good possession and gave it away. A slide ball through punishes us and we go 1-0 down in the match, against a Fleetwood team who are strong. It was difficult to get back into it.

“We’re just about above mid-table in terms of shots in the game. Shots on target isn’t good enough and we haven’t taken the chances coming along. We’re doing a lot of things right. What we’re obviously not doing right is putting the ball in the back of the net.

Those final-third frustrations may be elevated even more by the fact that they denied other, stronger areas of Argyle’s game to contribute to a good result. The opening 45 minutes, in particular, showed far more glimpses of what the Green Army have come to expect from their side. But, in the end, a lack of confidence and a strong Fleetwood side proved to be the telling factors. Amari'i bell's stoppage-time strike confirmed the win and prevented Alex Fletcher's header shortly after from being anything more than a consolation.

“I thought we did well in the first half,” said Derek. “We used the wider areas very well and pushed them backwards. We didn’t find the opening that we needed – and we haven’t found the opening a number of times this season to get the goal.

“I thought that, first half, we were in control of the match. We dealt well with the threat that Fleetwood were giving us. In the second half, I thought they [Fleetwood] were the better team.

“The confidence at this moment in time with some of them is a wee bit low, because they’re not getting it all their own way at this level. They’re just finding it that wee bit more difficult. We’ve got to keep on working hard.”