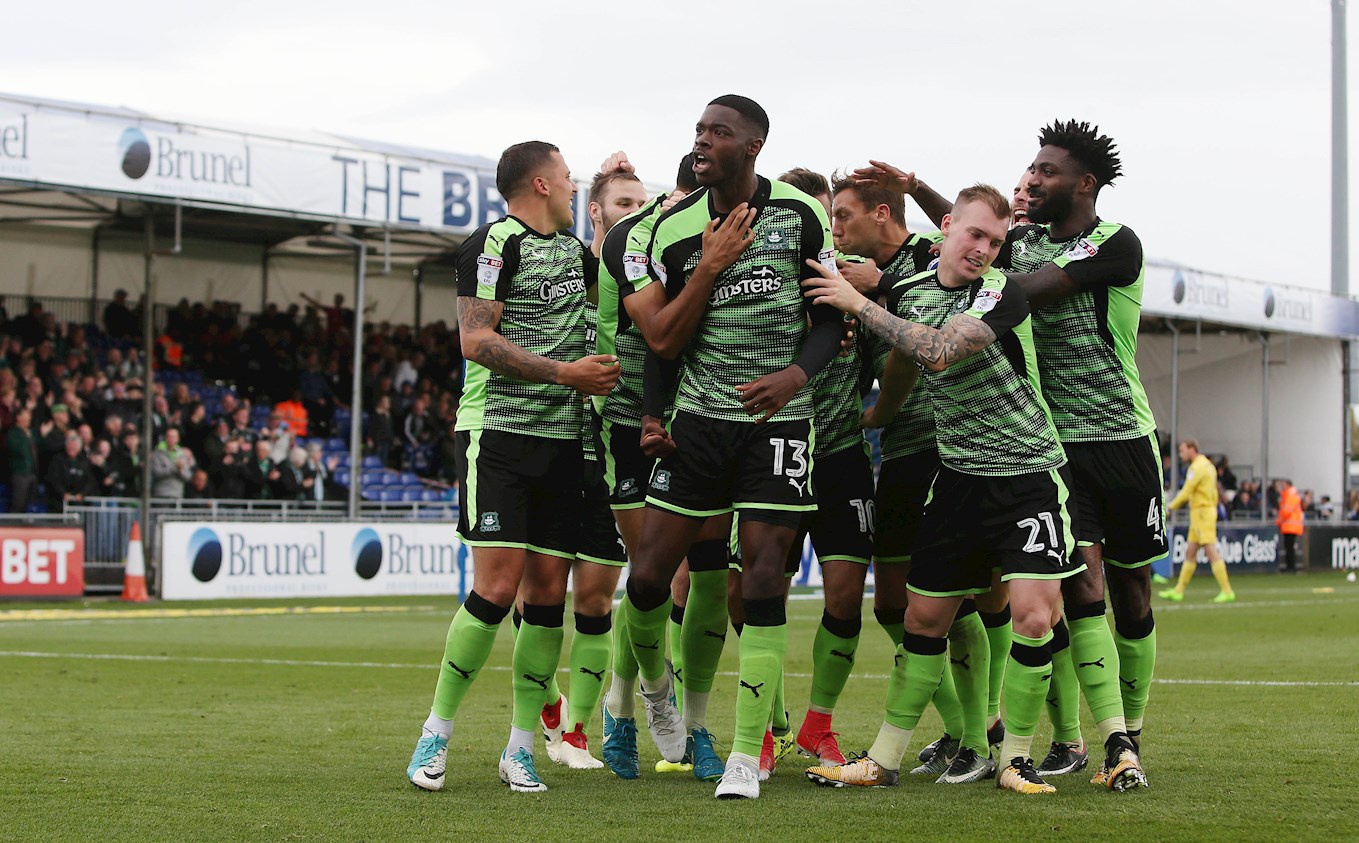 NATHAN Blissett says the Argyle dressing room is hurting as much as anyone following their defeat to Bristol Rovers and are dead set on returning to form.

The Greens came up short at the Memorial Stadium in a 2-1 defeat, struggling to cope with the hosts in the first half, with Rory Gaffney opening the scoring just after 20 minutes. A much better second-half display saw Argyle drag themselves level, with Blissett opening his account for the Pilgrims.

Once again, though, a period of dominance would not be enough for the Pilgrims to take something from the game. Looking the more likely team to score, Argyle were caught out defensively as Billy Bodin put Rovers back ahead, and a red card for Gary Miller shortly after scuppered any chance of another fightback.

“Disappointed, really,” was Nathan’s immediate post-match feeling. “We could’ve won that game, or got something from it.

“We were a different team in the second half. In the first 25 minutes, we looked like a team who were winning three or four nil. We were the only team in it – they were holding on. We just needed to keep that momentum.

“It’s just silly mistakes, I suppose, and not doing the right things in the right places. It’s costing us goals.

“I was on the pitch and saw it [the Miller challenge]. I didn’t think it was a red card. He won the ball, but I suppose you can’t go in like that.

“It makes it harder for the team, especially at this level, to be losing and trying to compete with 10 men. It’s hard, but we have to try and find a way around it if it happens again – and hopefully it won’t.”

With just one win and five points in eleven games, fleeting impressive spells and positives from defeats are wearing thin on everyone connected with Argyle. That rings no truer than with the players, who are desperate to give supporters something to cheer about – and remain totally confident in their ability to do so.

“After a game like that, losing, it’s going to be down,” said Blissett on the dressing room atmosphere. “The boys know we could’ve got something from the game. We’ll pick ourselves back up on Monday. It’s a different project with Exeter and we’ll go again.

“The league table shows it for itself, but we’re going to stick together as a group. I feel our luck will change at some point this season and we’ll go on a run and we’ll be okay.

“No-one’s happy. No-one’s happy with the results, but we’re all going to stick together and get through it. I think they [the Green Army] can see that we’re trying our hardest. It’s not easy viewing at the minute, but stick with us: we’re going to get it done.

“The fire’s there. It’s there. We know we can play. It’s getting that rub of the green and luck and changing our fortunes. One win, one scrappy win, and we’re back in it. That’s all we care about.”