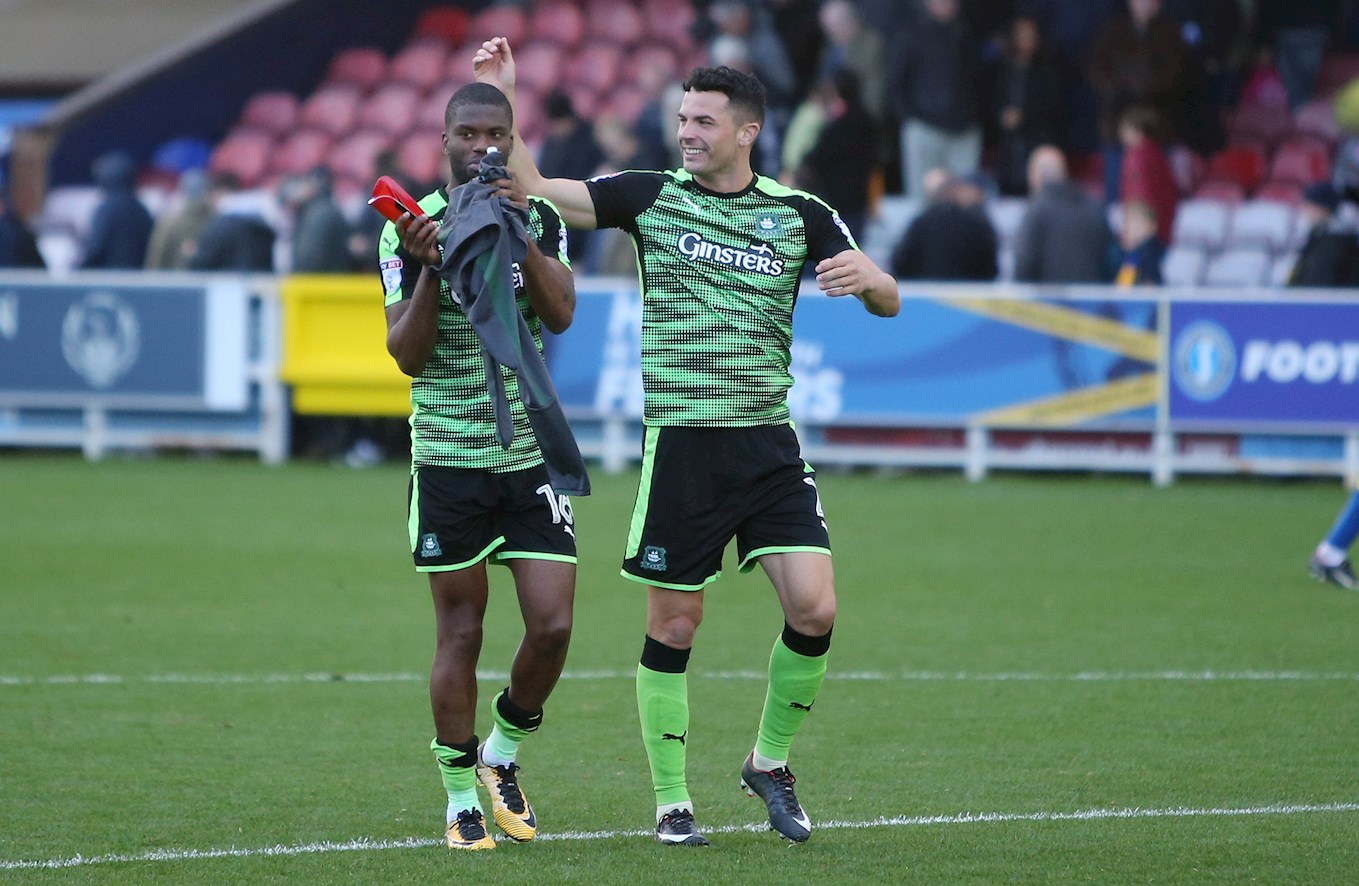 SOME familiar feelings returned at Wimbledon.

For the Pilgrims, an overdue and merited away victory achieved in classic Derek Adams’ style – 1-0 to the Argyle.

For Joel Grant, a goal in Argyle colours, his first since his summer jaunt down the Devon Expressway.

“It’s been a long time coming,” said the Jamaican international. “I’m not used to going so many games without a goal, to be honest.

“So, a little bit of relief, but delighted for the team to get three points. That was the main thing.

“We had two tough games before this one and Wimbledon are on good form, so to come away from home and get the three points is a nice feeling.

“It’s been difficult, especially when you are on a bit of a dry patch. The manager has kept faith in me and so have my team-mates, and it’s nice to end the day with my name on the scoresheet and three points.”

Joel’s goal came early in the second half when David Fox won the ball deep in his own half and set Graham Carey away on a penetrating run.

“He’s been fantastic of late,” said Joel. “He’d had a couple of great runs and I saw him approaching the box. With his left foot, he can shoot from anywhere, so it is a case of being alive. At the last minute, I think he’s seen me and it was a fantastic pass; it was just about staying calm and trying to lift [the ball] over the ’keeper.”

Joel admitted that he has not been the only one frustrated by his barren spell since moving to Home Park, with his manager having called for more goals from the former Exeter City man.

“It’s something he’s been on to me about,” he said, “and, like I said, I’m not used to having so many starts and not scoring, so I’m always on to myself.

“It’s a massive relief to get off the mark but, most importantly, the three points is what we wanted.”