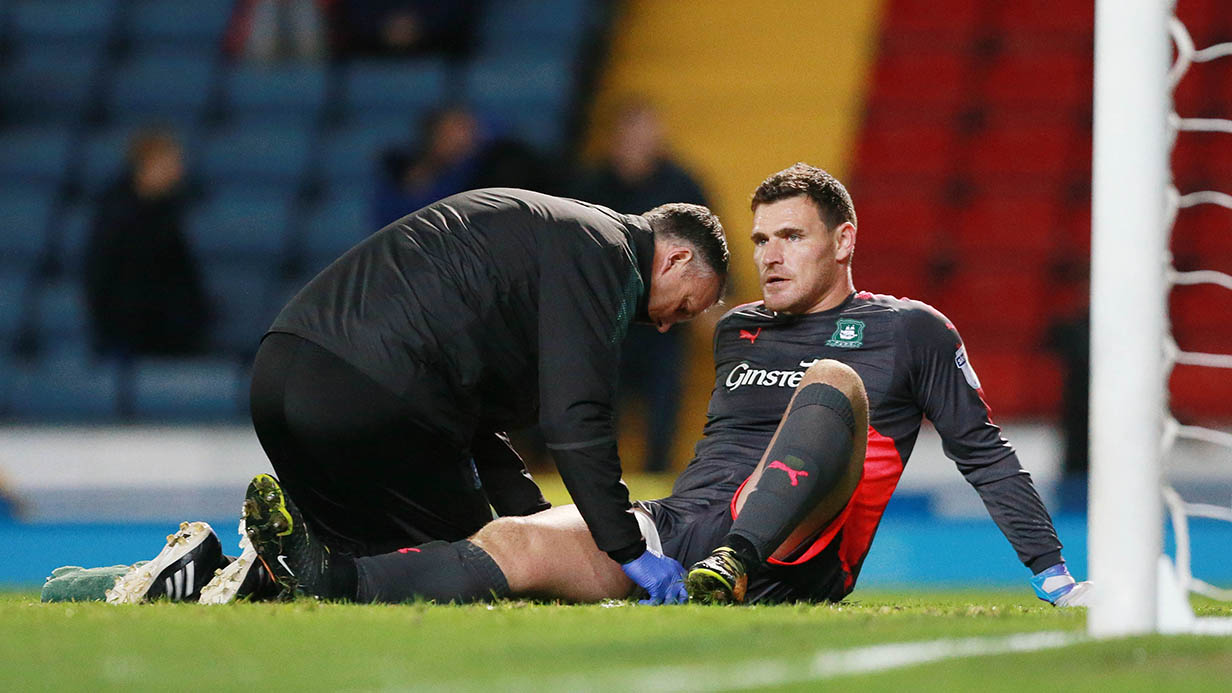 DEREK Adams is pleased with the strength in depth of the squad after two consecutive promising results against teams looking for promotion to the Sky Bet Championship.

It has been no secret that Argyle have struggled with suspensions and injuries this season. However, in tough League One games this week, the Greens have battled strongly and secured successive 1-1 draws at home to table-toppers Shrewsbury Town, last Saturday, and at Blackburn Rovers, in midweek.

Although Tuesday saw a great result for the Pilgrims, they suffered another injury setback when goalkeeper Kyle Letheren injured his thigh in the first half, leaving teenage apprentice Michael Cooper to play the second half. The 18-year-old kept a clean sheet on an assured EFL debut.

The injury to Letheren means that all three of Argyle’s professional goalkeepers are currently injured – Luke McCormick has an ankle issue and Robert te Loeke is suffering back problems –and Derek knows that it is hard for the squad to deal with.

“Kyle will have to go for a scan later this week to assess the damage,” he said. “There was a lot of swelling on Tuesday night. It’s a big blow for us and him; he’s been a good presence in the dressing-room and out on the pitch.”

Having three professional goalkeepers added to an already long injury-list is something Derek has not experienced before in his managerial career. However, he is delighted with the way the squad has responded to adversity and expects more of the same attitude when they travel to Wimbledon this Saturday.

“I don’t think it happens very often,” he said. “Certainly not so early in the season. We’ve had a lot to deal with – injuries and suspensions – and it’s not getting any easier; we’ve got nine out for Saturday’s game. But we have Gary Miller back from suspension, so we will see how things go.

“To have nine injuries and then play Shrewsbury and Blackburn and do so well shows you what a strong squad we have. It’s a big positive.”