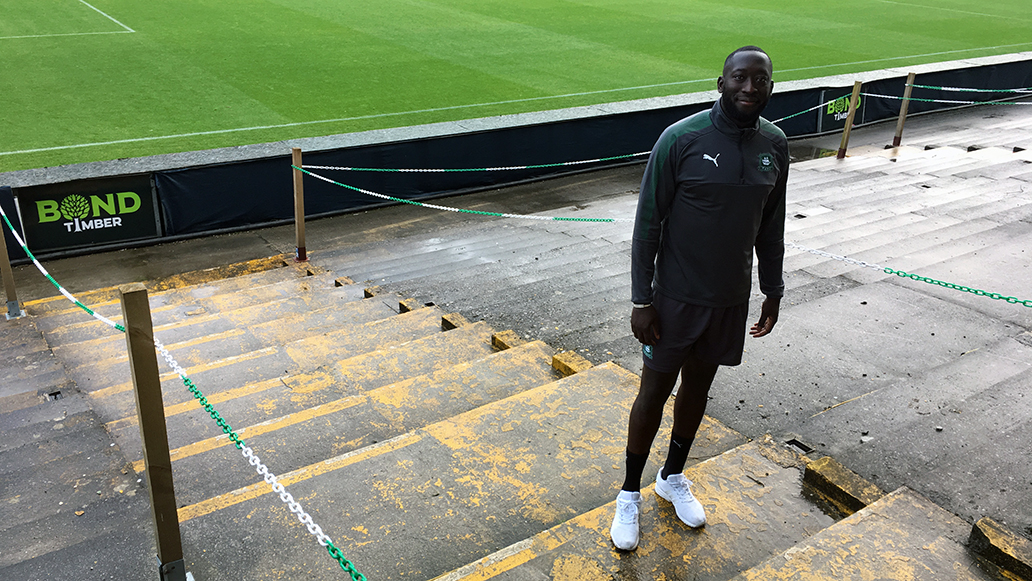 The French 30-year-old has represented Brentford, Leeds United and - last season - Ipswich Town in the second tier during a 12-year career in England.

Born in Paris, Toumani's parents are from Mali, but he was taken in by Watford's Academy at the age of 16. One of Watford's coaches at the time was Mark Warburton with who Toumani would later get reacquianted when he was manager of Rangers,

Finding chances hard to come by at Watford, Diagouraga had brief loan spells at Swindown Town and Rotherham United, before heading to Hereford United on a season-long loan in August 2007. He played 50 games as Hereford were promoted from League Two, and signed permanently that summer.

After a season playing for the Bulls in League One, Toumani carried on up the leagues, signing for Peterborough in summer 2009. Despite playing regularly in the first half of the 2009-10 season, the arrival of, among others, future Pilgrim Josh Simpson saw him drop down the pecking order, and he joined Brentford on loan in January 2010, catching the eye enough to be taken on at the end of the season.

For three full seasons Diagouraga was a regular at Griffin Park, before, midway through the 2013-14 season, a reunion with Warburton occurred, as the latter was taken on as Brentford manager. Warburton, though, sent Toumani out on loan to Portsmouth, for whom he played eight games.

Warburton, though, called Toumani back to Brentford, and he featured in seven of the final nine games of the season, as the Bees were promoted to the Championship.

Diagouraga's career flourished in the second flight. He played 43 times as Brentford reached - and lost in - the Championship play-offs, being named as Player of the Year. He was then was ever-present through 27 games before signing for Leeds in January 2016. He featured regularly for the Yorkshire side, then managed by Steve Evans, through the rest of the season.

The following campaign, with Garry Monk as manager, Toumani started the opening game, as 3-0 defeat to Queens Park Rangers, then fell out of contention. In January, he joined fellow Championship side Ipswich Town, for who he made 12 appearances in an impressive spell.

Despite playing for Leeds this pre-season, Toumani did not feature in new head coach Thomas Christiansen's plans and he and the club agreed to go their seperate ways in August.