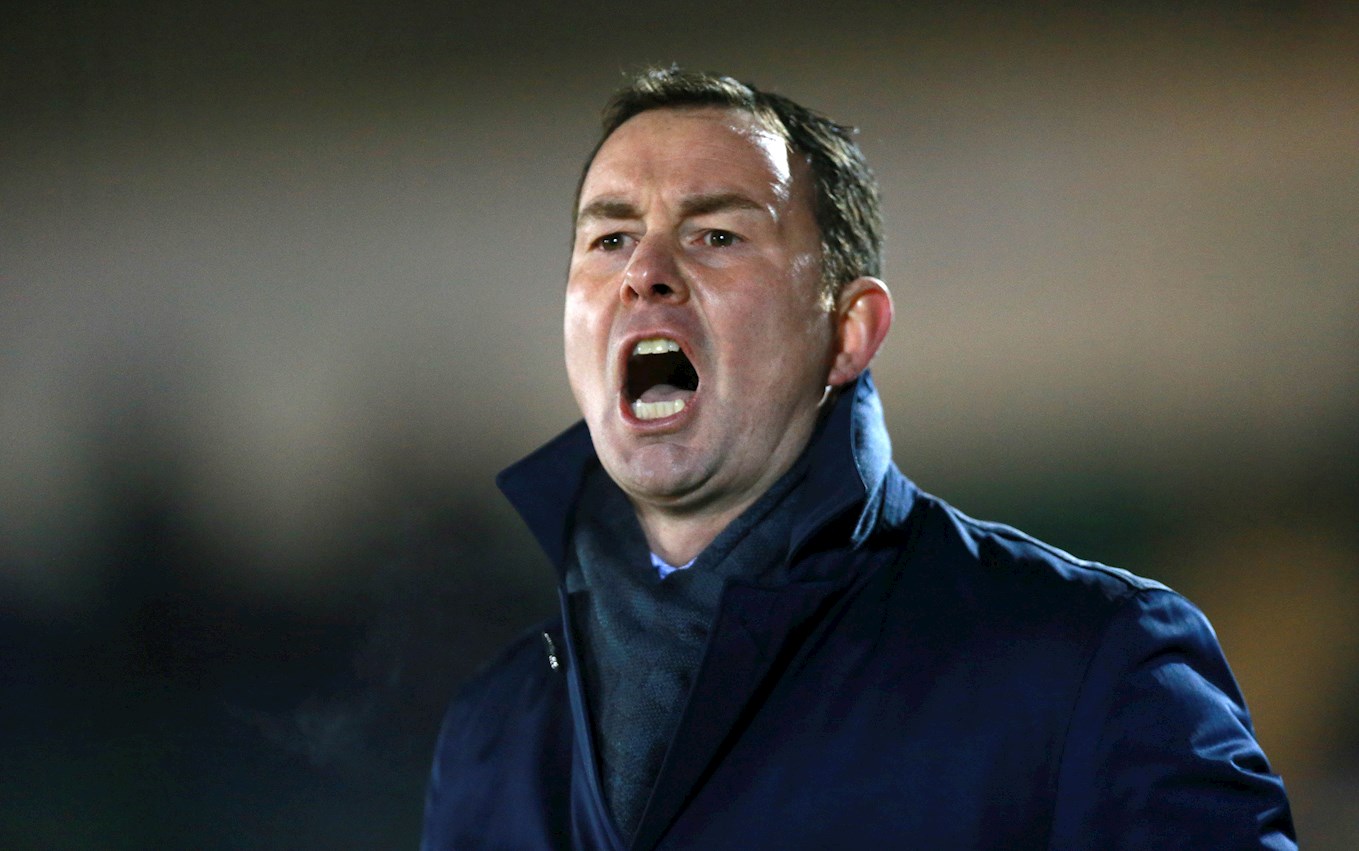 Week for the Strong

ARGYLE’S team spirit and desire were there for all to see at AFC Wimbledon, as Derek Adams’ side ended a positive week with an excellent 1-0 victory.

A first away win of the season finally fell the way of the Pilgrims, as they followed up hard-fought draws with Shrewsbury Town and Blackburn Rovers by taking all three points against an imposing Dons side in good form.

Both sides carried a threat going forward in the game, with Argyle adapting well to the blustery conditions to impress the boss in all areas of the pitch.

“We wanted to try and win the toss and go with the wind,” said Derek. “We didn’t win it, so we obviously had to change our game-plan and sit in.

“In the first half, we got in behind them more often, because the wind was against us and the ball was holding up. It was more difficult in the second half, but we had good opportunities down the side of them. They played with a high line and we had Jervis running down the sides. We had Carey and Grant as well.

“We had a midfield three who backed up play, and the back four, with Yann in front, were very good. The man of the match, for me, was Songo’o in some sections of the match. Then you’ve got big Toums [Diagouraga] and Foxy in the middle of the park; they just get the ball and play, as well as our two full backs and centre halves.

“I thought that, over the 90 minutes, we had the better team performance than Wimbledon today.”

The Greens were able to get the victory that made that strong performance worthwhile, thanks to Joel Grant’s first goal for the club on 65 minutes. Excellent work in his own half from David Fox opened up a counter attack, with the ball worked out the Graham Carey on the right wing. Carey cut inside and played in Grant, who put his shot well beyond the reach of goalkeeper George Long.

After showing their capabilities against two promotion-chasing sides, Argyle now have a second win of the season to show for their efforts. Adams believes that, during the match and entire week, his team have displayed all the right qualities to earn that result.

“I did think that, as a team performance, we just carried on from the Shrewsbury game, to Blackburn on Tuesday, and away to Wimbledon on Saturday,” said Derek. “We’ve played against three teams who are very good.

“We’ve come here and set our stall out with how we wanted to play today. The players have shown a fantastic team spirit – and not only that, they’ve shown a lot of quality as well. I thought we defended well when we had to, and when we had attacks, we looked dangerous. Over the piece, it was a much-deserved victory for us.

“We haven’t had an easy week; Wimbledon have had two home games in a week and we’ve been on the road for hours and hours. They’ve come off two wins and were high on confidence. That just shows you the type of player and character we have in the dressing room.

“The performance levels have already been good; we just haven’t got the results our performances have deserved. Today, we got the win we deserved.”