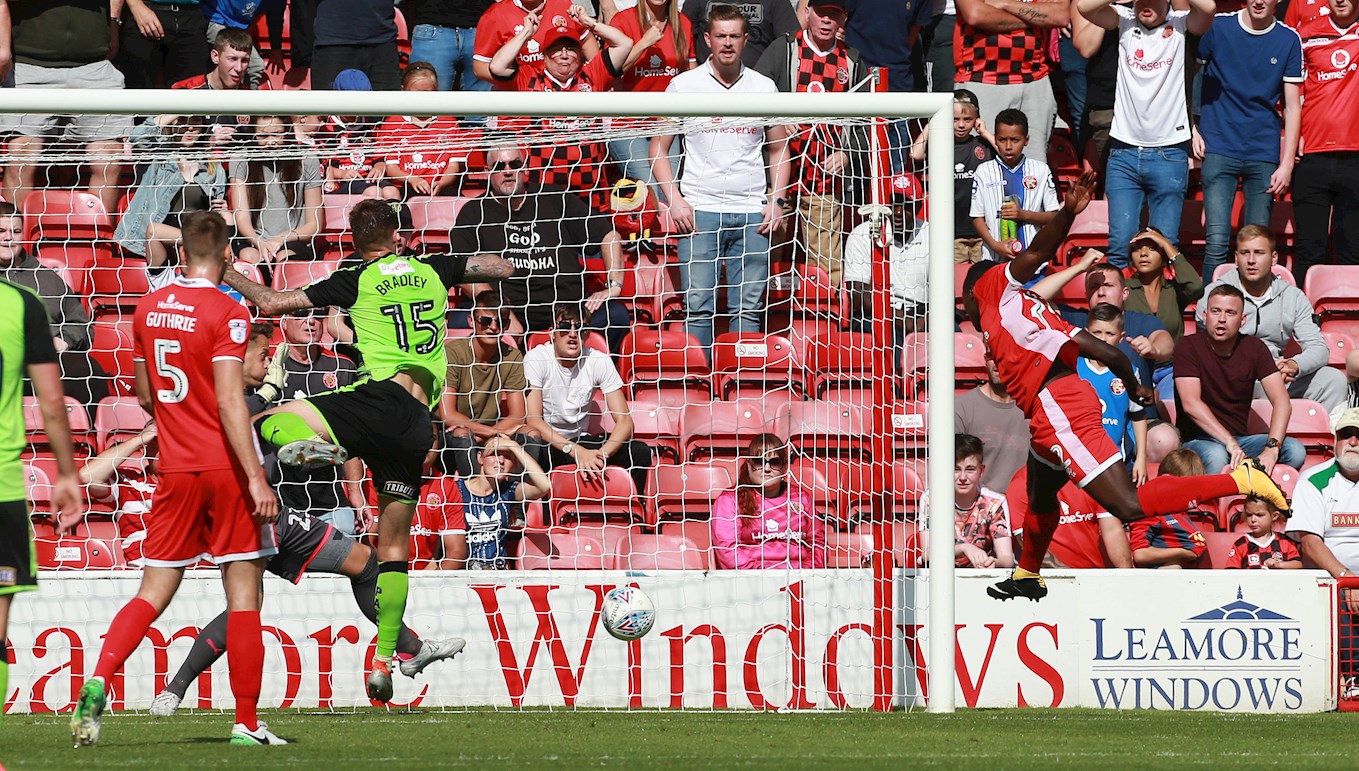 IT was a case of déjà vu all over again as Argyle suffered another Sky Bet League One setback despite enjoying a share of the game large enough, and containing much that was admirable, to have merited better.

A debut goal from on-loan Burnley forward Daniel Agyei, Walsall’s deadline-day transfer signing, and a late strike by diminutive midfielder Erhun Oztumer gave the home side a grafted 2-0 lead which was slashed in half by a penalty from Graham Carey that was the least Argyle deserved from a match which saw the balance of power shift several times.

The Pilgrims, now with one win and one draw from their opening five matches of the 2016-17, were splendid until Agyei pounced midway through the first half.

After that, they lost their way a little, but, assisted by manager Derek Adams’ acute tactical awareness, again enjoyed a period of ascendancy until late on, when Walsall took advantage of their opponents’ pressing to add a late second that rubbed salt into wounds that not even Carey’s even later spot-kick could salve.

The Pilgrims had showed one, enforced, change from the side that started the previous week’s 4-0 home defeat by Scunthorpe United.

Antoni Sarcevic’s first-half dismissal for violent conduct which had played a part in the heaviness of that loss saw him begin a three-match suspension, allowing Joel Grant to be recalled.

Walsall were also obliged to tweak their initial 11 from the team that had come from 3-0 down at home to Bradford City seven days earlier to draw 3-3, with West Brom’s on-loan Irish centre-back Shaun Donnellan on international duty. Kory Roberts took his place in a three-man defence.

Grant was soon in the thick of things as Argyle began, yet again, with real purpose. Manager Derek Adams had talked before the game about his Jamaican international being a potential goal-threat and only a lunging block by Nicky Devlin prevented him from straightaway living up to the billing.

The Pilgrims were not backward in going forward early on and their attacking intent had Walsall scrambling to hold a line; the home side conceded five corners in the opening ten minutes as Argyle dominated them.

The more they pressed, the more they left themselves vulnerable to the sort of break from which Scunthorpe had crafted their opener the previous week and a couple of home-side raids needed dealing with. Hearts were in mouth’s when Gary Miller’s block to thwart the lively Amadou Bakayaro wrong-footed Luke McCormick, but the ball lollopped wide of the goal.

Walsall were more on the defence, than offense, though, and a Pilgrims’ breakthrough seemed in the offing. It nearly arrived when the pivotal Carey picked up the ball 20 yards from goal, but his shot was wide.

When the opening goal came, it was, therefore, against the run of play and came from nowhere. Argyle had everyone behind the ball as Walsall probed for an opening which they found possibly a little too easily and Agyei had no problem heading home Luke Leahy’s left-wing cross, close in, centre of goal.

Although the Pilgrims had a chance to reclaim parity when Carey’s free-kick picked out Sonny Bradley for a header that did not trouble goalkeeper Mark Gillespie, the goal signified a huge momentum-shift.

For ten minutes, Argyle were second-best in the middle third, outnumbered and unmatched. This following their impressive opening spell. Adams did not wait until half-time to remedy the imbalance, sending on Yann Songo’o as substitute for the unlucky Grant and rearranging his side’s formation to match Walsall’s five-man midfield.

The switch immediately had the desired effect and Argyle again played with potency. Gary Sawyer was unfortunate not to win a penalty when referee Robert Jones declined to view raised red hands as illegal, and Jamie Ness, arriving late, fired a shot just wide.

Adams honed his reformed side further at the interval, bringing on one Black Countryman, Nathan Blissett, for another, Jake Jervis, on home territory, pairing him with Nadir Ciftci up front.

The shape-shift further shifted the emphasis of the ebb-and-flow game towards the Pilgrims and they took their corner-count into double-figures within five minutes of the re-start, but without troubling Gillespie unduly.

Ciftci seemed to benefit from having Blissett’s not inconsiderable presence alongside him and the Turkish striker played in Ness for another shot from long range which this time obliged the Walsall goalkeeper to make a save.

Again, though, Walsall weathered the storm, soaked up the pressure, and appeared to have put the game beyond doubt when Oztumer fired home in the 81st minute.

There was still time for one more swing of the pendulum, however, when Blissett was fouled by Jon Guthrie to win a penalty that Carey smashed into the roof of the net to open his account for the season.