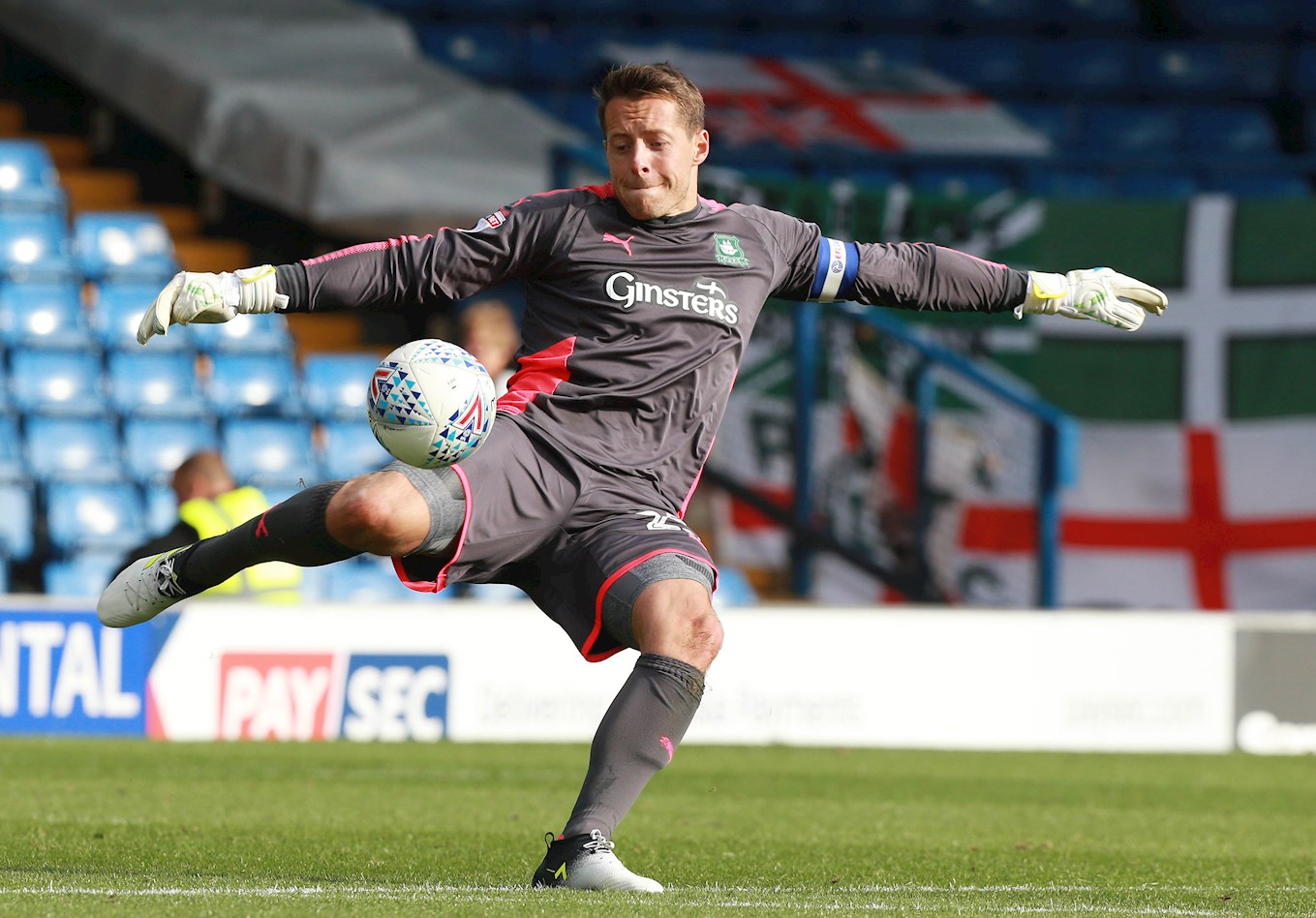 TO explain just how important, and how superb, Luke McCormick’s save were at the conclusion of Argyle’s goalless draw with Bury, we need to set the scene, and then go into more lavish detail than the humble skipper could possibly do.

At 0-0, with just over 80 minutes played, Argyle and the Shakers had traded a few blows, with Derek Adams’ men having blown several decent chances in the first half, and McCormick having been called into action on a couple of notable occasions. On the whole, though, things were generally even on scoreboard and in terms of general play.

There had been one notable early Bury chance, when Chris Maguire’s direct free-kick from a narrow angle nearly caught McCormick out at his near post. It took a good stop to keep it out, although Luke later questioned his own positioning: “Looking back on it, I probably gave him too much of a carrot really. Fortunately I was able to get a bit of a wrist on it and deflect it out.”

As the game reached it’s final stages, a ball was crossed from Bury’s left, and McCormick leaped to catch above the heads of burly Bury frontman Michael Smith and Argyle defensive colossus Sonny Bradley. The ball was evacuated from the danger area, but Luke had not regained his footing, having taken knocks to his Achilles and ankle.

Luke takes up the story, beginning with an update on his condition.

“It’s alright,” said the Argyle captain. “I just took a bit of a bang as I landed. Sonny and the boy Smith went up, and they’re big lads and I took a bit of a knock, but it’s fine.

“It was at the point in the game when they started to put a bit of pressure on us. I don’t feel they really caused us too many problems to that point. Maybe it was just their spell of the game where it was their turn to throw a bit towards us. I thought together, as an 11, we showed a great desire to keep the ball out of the net – better than we have shown over the last four or five games. As a defensive unit, to come away with a clean sheet, it’s what we needed.”

As Luke received treatment from physio Paul Atkinson, it dawned on the Green Army that Adams had used all of his allotted substitutes. Either, by a more peculiar means than their recent flurry of red cards, Argyle were going to go down to ten men, and put an outfield player in goal, or Luke would have to solider on.

No matter. There were 83 minutes on the clock, and if Argyle could keep the ball at the other end...

Cue Mihai Dobre, quick-as-the-wind Bury substitute who was as dangerous as any player on the pitch during his cameo, to rush down the flank and bear down on Luke’s goal. A cut inside, a curling shot surely destined for the corner of the net.

Then a gloved hand, and a ball striking a post.

Somehow McCormick, with one working leg, took off on his stricken limb and arched back to push the ball onto the upright. It was a marvellous save for any goalie to make, never mind an injured one captaining a side whose confidence was not exactly sky-high.

Before the game was out, he was at it again, saving point blank from Dobre, before Gary Miller made a stunning block to prevent a follow-up goal.

We have had to explain the quality and import of the saves, because it is not in Luke’s nature to do so. Instead, McCormick put it down to him doing his job, and praising those in front of him for doing theirs, too.

He said: “We had a few bits to do at the end; we were just happy to see the all stay out of the net and everyone made a firm contribution towards that.

“We haven’t had much luck in terms of defending balls from outside the box. There were a couple of little bits in the first half but nothing that really troubled us. I thought we held our shape really well, and limited them to a couple of half chances here and there – and we had our own, let’s not forget that.

“You forget about what’s going on (being injured), you just try to keep the ball out of the net. It’s very much a team effort; a huge effort from the boys. And we’ll take the point, because we needed it, and the clean sheet as well.

“This is the stuff we do every day in training. We get balls peppered at us from every angle, throughout training. We rehearse on a Monday to Friday to make it work on a Saturday.

“It is about time our fortunes turned a little bit, because we have been a bit unlucky up to now with some of the goals we have conceded. But we haven’t felt sorry for ourselves. We rolled up our sleeves today and got our reward for it.

“We got into some really good areas and caused them problems at times. There’s plenty of positives. We’ll take our point, our clean sheet, and get down the road.”