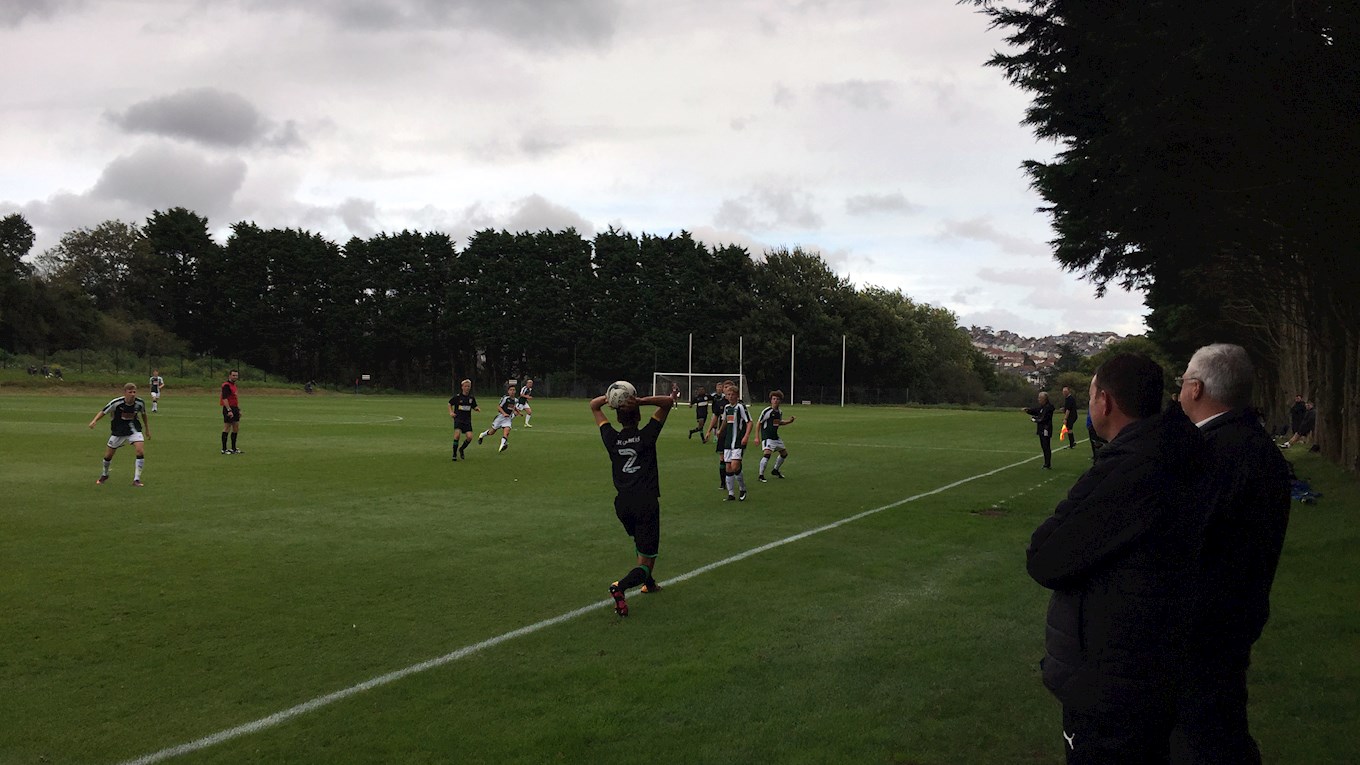 A YOUNG Argyle team have suffered a 3-0 defeat against Yeovil Under-18s at Harper’s Park.

Yeovil were the dominant team in the first half of the match, holding the majority of the possession and making plenty of chances, although Argyle limited their visitors to mostly long-range shots that went high over the top of the goal, or shots taken from closer range, which tended to result in blocks from Argyle’s defenders.

With about 15 minutes of the first half remaining the Pilgrims improved their performance, claiming back much of the possession and were able to continue preventing Yeovil’s chances of scoring whilst increasing their number of chances to score at the same time.

In the second half, Argyle created increasing chances to bag a goal but unfortunately were unable to carry it through, although neither were Yeovil, following a consistent run of saves from goalkeeper Michael Cooper.

However, in the 57th minute of the game, Yeovil’s Paulius Golubickas attained the first goal of the match. This was followed 15 minutes later with a second goal for the young Glovers which was scored by defender Joe Tomlinson.

Immediately after this, the 14 year-old striker from Argyle’s Academy, Oscar Massey, made his debut for the youth team, coming on for Matt Roberts with a little over quarter of an hour remaining.

The third goal of the match came with nine minutes of the game to go. A Yeovil chance looked to have gone, but the ball struck Argyle’s Ollie Tomlinson and hit the back of the net, the own goal taking the score to a disappointing 3-0 to Yeovil.