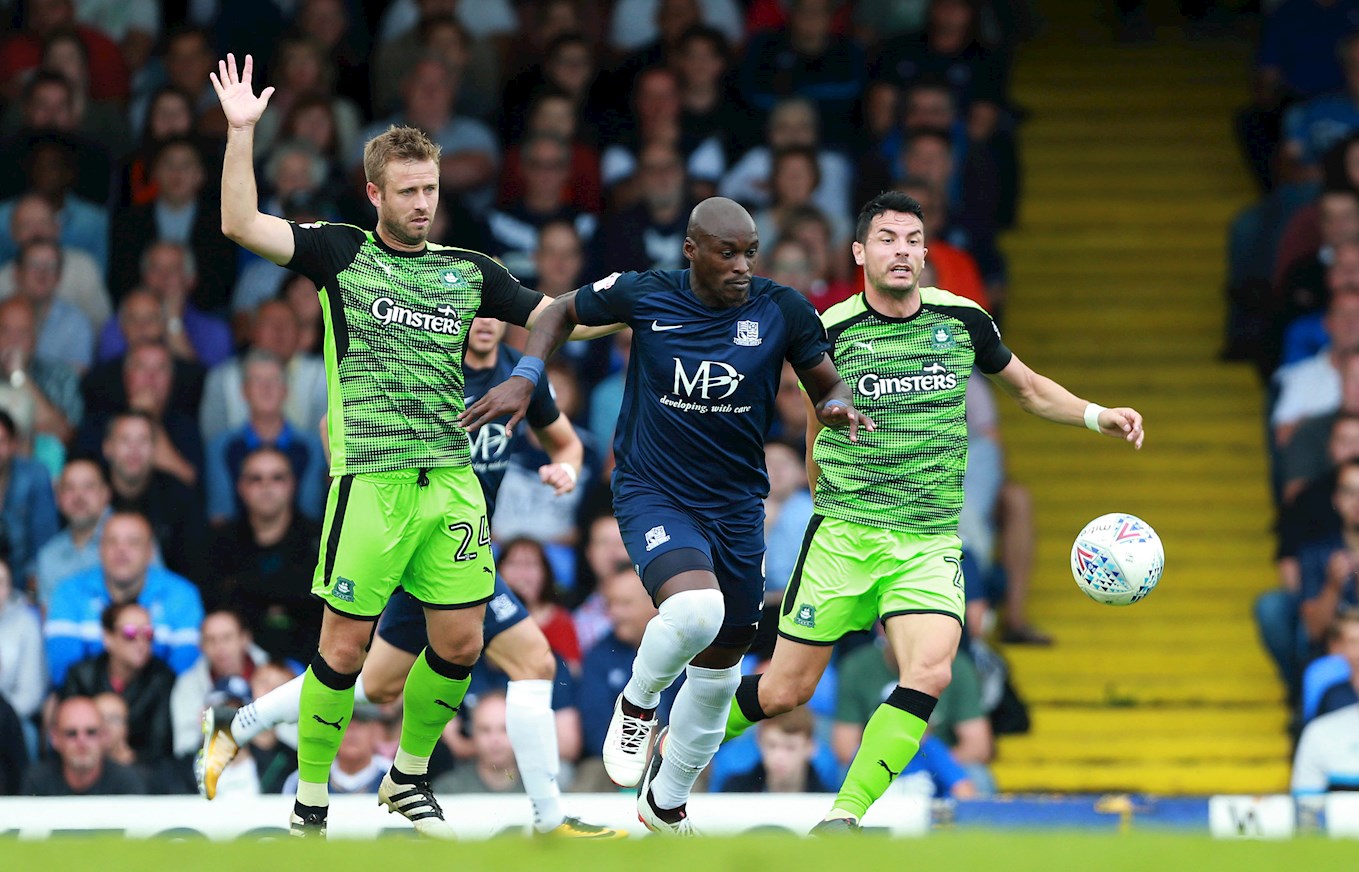 The Sky Bet League One trip to the Banks’s Stadium is Argyle’s first game since their largest home defeat for three-and-a-half years, last Saturday’s 4-0 turnover by Scunthorpe United.

“That’s what we’re looking to do on Saturday – to get a result to put that 4-0 to the back of your mind.”

Foxy was having a hugely influential say in a good Argyle performance against the Iron – who had taken the lead against the run of play – when team-mate Antoni Sarcevic was sent off just before half-time.

David said: “While it was 1-0, and even with ten men in the second half, we were playing really well and in the game. We probably went for it a bit too much; even at 2-0, 3-0, we were still throwing men forward because that’s kind of what we are about.

“Even at 2-0 down, we’ve gone two up front with ten men and we’ve tried to get something out of the game. It’s frustrating. You can talk about the sending-off being a big factor but that doesn’t automatically mean you get beaten 4-0.

“It shouldn’t have got to that point and we were disappointed with the manner of goals that we conceded but, for large periods, we were very competitive and I think that’s what we’ve been in every game so far, and that’s a good sign.

“I think we’re probably a couple of points short of where we should be.

“At any point in the season, it’s all about points, rather than performances, and we have got to start turning some of the positives we are getting in games into points.”