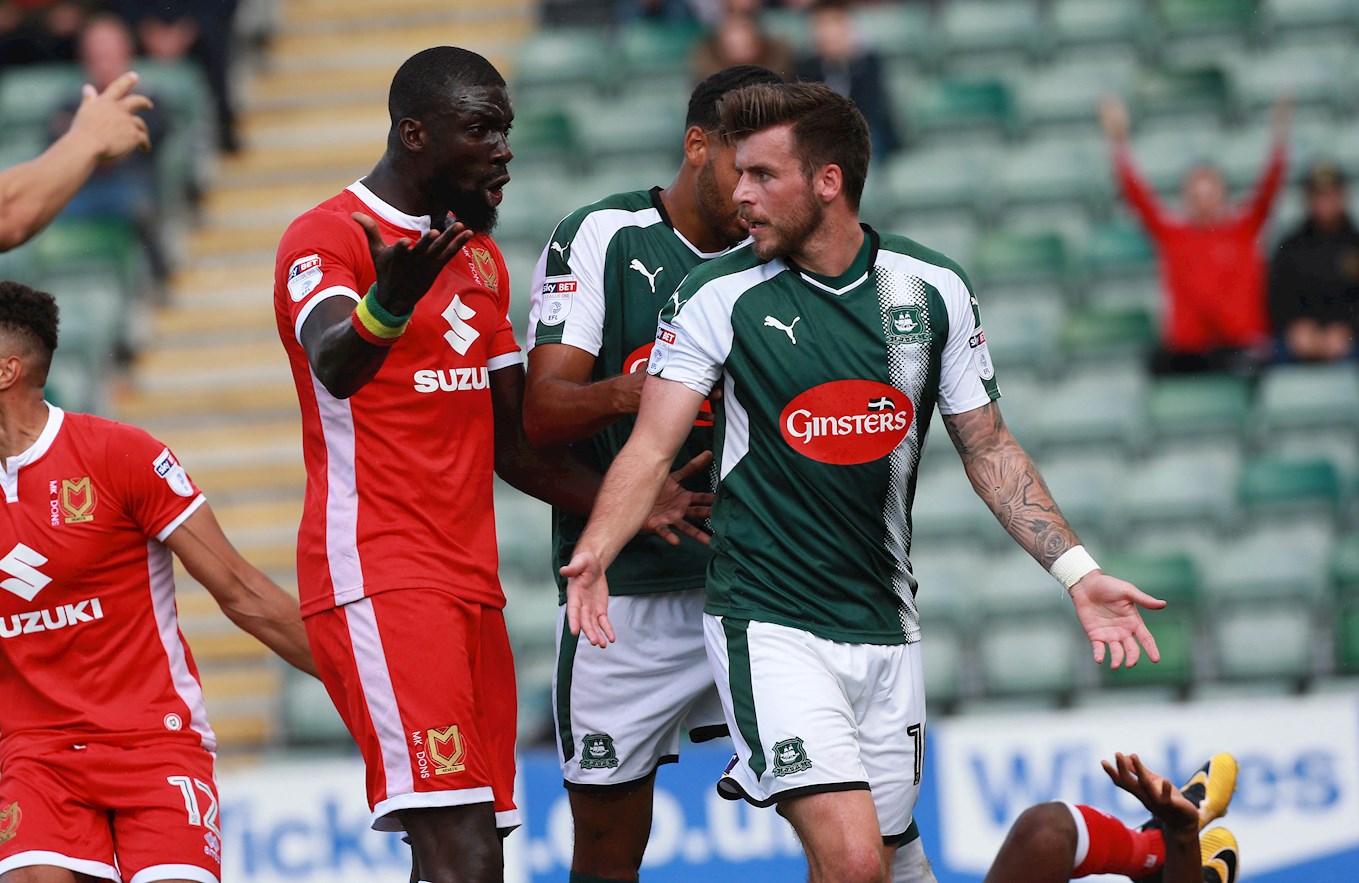 ARGYLE have appealed to the Football Association following Graham Carey’s sending-off in the 1-0 home defeat to MK Dons on Saturday.

The Irishman was shown a red card following a 33rd-minute tackle on Gboly Ariyibi that referee Charles Breakspear deemed to be dangerous.

“It’s definitely not a red card in my eyes,” said manager Derek Adams, who now has to wait and see whether the FA will rescind the decision to allow midfielder Graham to be available to face Blackpool at Home Park on Tuesday night.

“You can clearly see in the video that he made a genuine attempt to get the ball. It's clear as day in the video, when you slow it down, he is a millisecond out of connecting with the ball and he has gone into a tackle that is not dangerous and that’s good to see.

“It’s a clear attempt to win the ball. We’re more than hopeful that Graham will be available tomorrow night.”