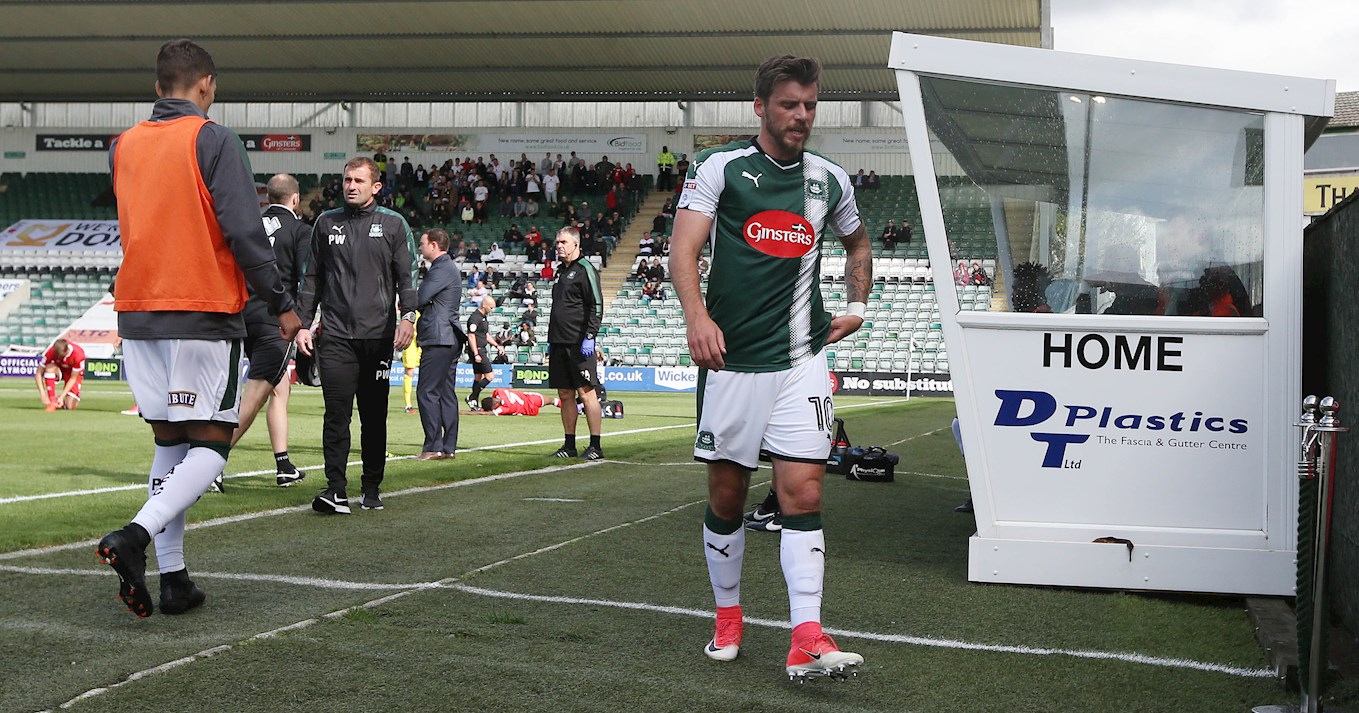 ARGYLE have been unsuccessful in their appeal over Graham Carey's sending-off against Milton Keynes Dons.

The Irish midfielder will now miss the Pilgrims' next three Sky Bet League One matches, starting with Tuesday's visit of Blackpool to Home Park.

They found no reason to disagree with the official's interpretation that Graham's tackle on Gboly Ariyibi constituted serious foul play.

A satement issued by the FA read:

"The Plymouth Argyle player was sent off during the game against Milton Keynes Dons on Saturday."

Graham will therefore be ineligible for selection for Argyle's next three matches: at home to Blackpool on Tuesday; at Bury on Saturday; and at home to Doncaster Rovers the folowing weekend.