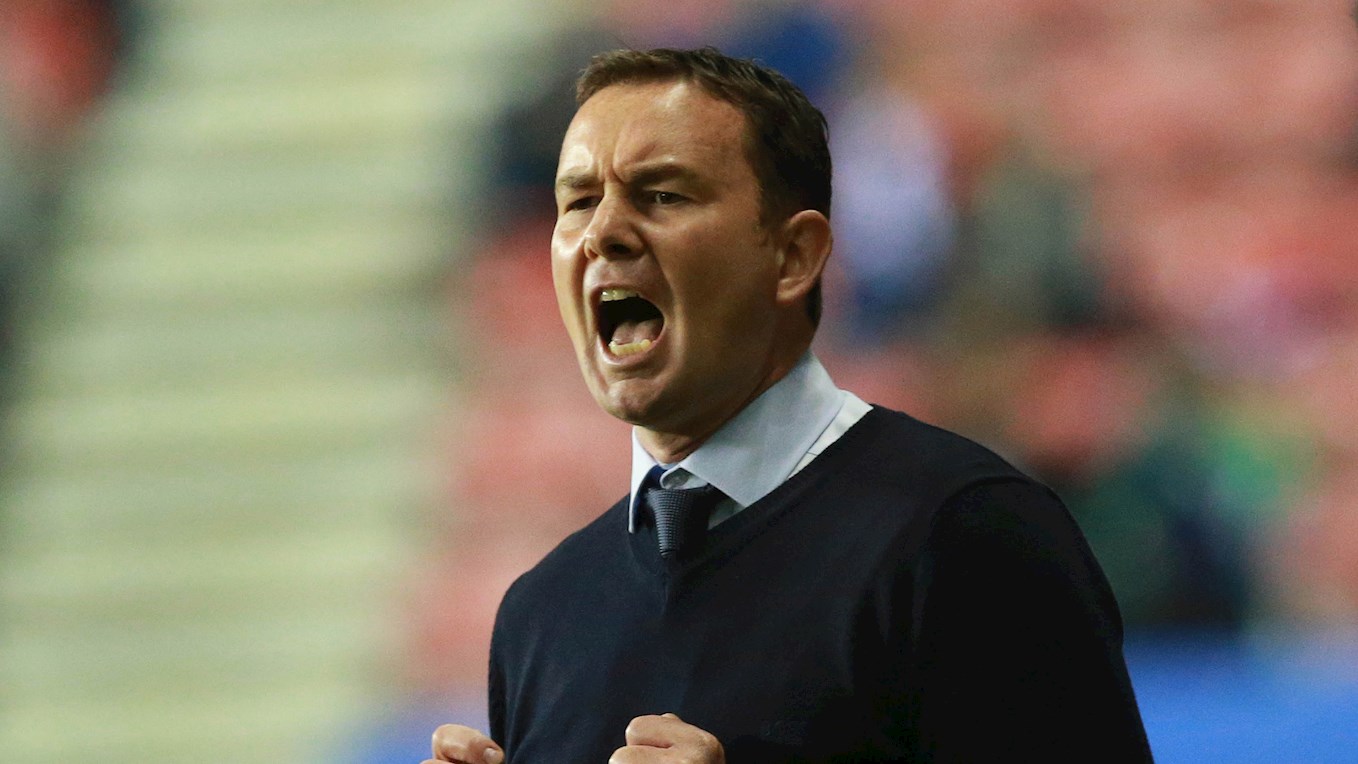 ARGYLE’S Westcountry derby at Bristol Rovers on Saturday is their 11th game of the 2017-18 Sky Bet League One season and the Green Army are yet to see manager Derek Adams’ first-choice starting side.

From pre-season, which midfielder Jamie Ness missed, through the first game of the campaign, which saw Ryan Taylor break an ankle after 20 minutes, to a rash of red cards and subsequent injuries, team-section has been a game-by-game challenge.

The latest to limp to the physio’s room has been Lionel Ainsworth, who was withdrawn with a hamstring problem early in Tuesday’s narrow defeat at Wigan, a match from which goalkeeper and captain Luke McCormick was a new absentee after suffering an ankle injury.

As well as the top and bottom of the Pilgrims spine being sidelined at Wigan, Derek was unable to call upon suspended Sonny Bradley and injured Jake Jervis, Aaron Taylor-Sinclair, Robert te Loeke and Oscar Threlkeld.

There is no doubt that the revolving-door scenario has contributed to Argyle’s stuttering start to a season which sees them bottom of the division with just two draws from their last eight matches. Not that Derek is using it as an excuse.

He said: “I know my best starting 11 but, through injuries and suspensions, but I’ve not been able to have that at this moment in time. That’s been a difficult part of the season; we’ve had to chop and change quite a bit.

“We just deal with what we’ve got at our disposal. That’s the nature of management – you just have to deal best with the hand that you’ve got.

“We’ve had circumstances that have gone against us – we’ve had injuries and suspensions – but in the games, we haven’t taken the chances when they have come along. That’s something we need to reverse and we’re trying hard to do that.”

One man’s meat and all that – the necessity to utilise the whole squad has offered players opportunities they might not otherwise have had.

Kyle Letheren joined the Pilgrims recently as third-choice goalkeeper but came into the side for his debut at Wigan and was on course to keep one of the most potent attacks in the division at bay until Argyle gave away a late penalty.

“He was excellent,” said Derek. “He did really well, coming in for his first game. He talked along the back four – and he didn’t know everybody so well. Overall, a very good performance from him.

“He’s played a good number of games [in his career]. I was delighted for him to get that start and disappointed we conceded a penalty because he nearly had a clean sheet. He made a couple of good saves.”

Another key element of a brilliant defensive display was the central defensive performance of Yann ‘the Wall’ Songo’o, who was not chosen in the opening-day starting 11 and who has since played in midfield as well as centre-back.

“Yann is a winner,” said Derek. “He wants to compete, and you need these players in your team.

“I’ve known him for many years. I played him at centre-half for my last club and took him here and moved him into midfield. I did likewise with Carl McHugh here and he’s had a successful career, north of the border, playing in central midfield. It’s just having that versatility that can help you.”

Another positive from Tuesday night’s performance at the DW Stadium was the return of GC10 following his three-match suspension, and Graham Carey nearly landed what would have been a worthy draw with a free-kick that clipped the crossbar.

“It was a difficult game for him to come into because Wigan are a very good team and he’s missed the last three games,” said Derek.

“Fitness levels were good because he’s played in a Peninsula League game and trained, but it’s not the easiest thing to go into a full-speed game. He came through it well.

“The players are working extremely hard; the confidence does get hit because you lose a game to a penalty, but the fight and endeavour was outstanding.

“The players are working very hard; they have not changed from last season from that mental mindset – they want to win, but we just need to get a break at this moment in time.”