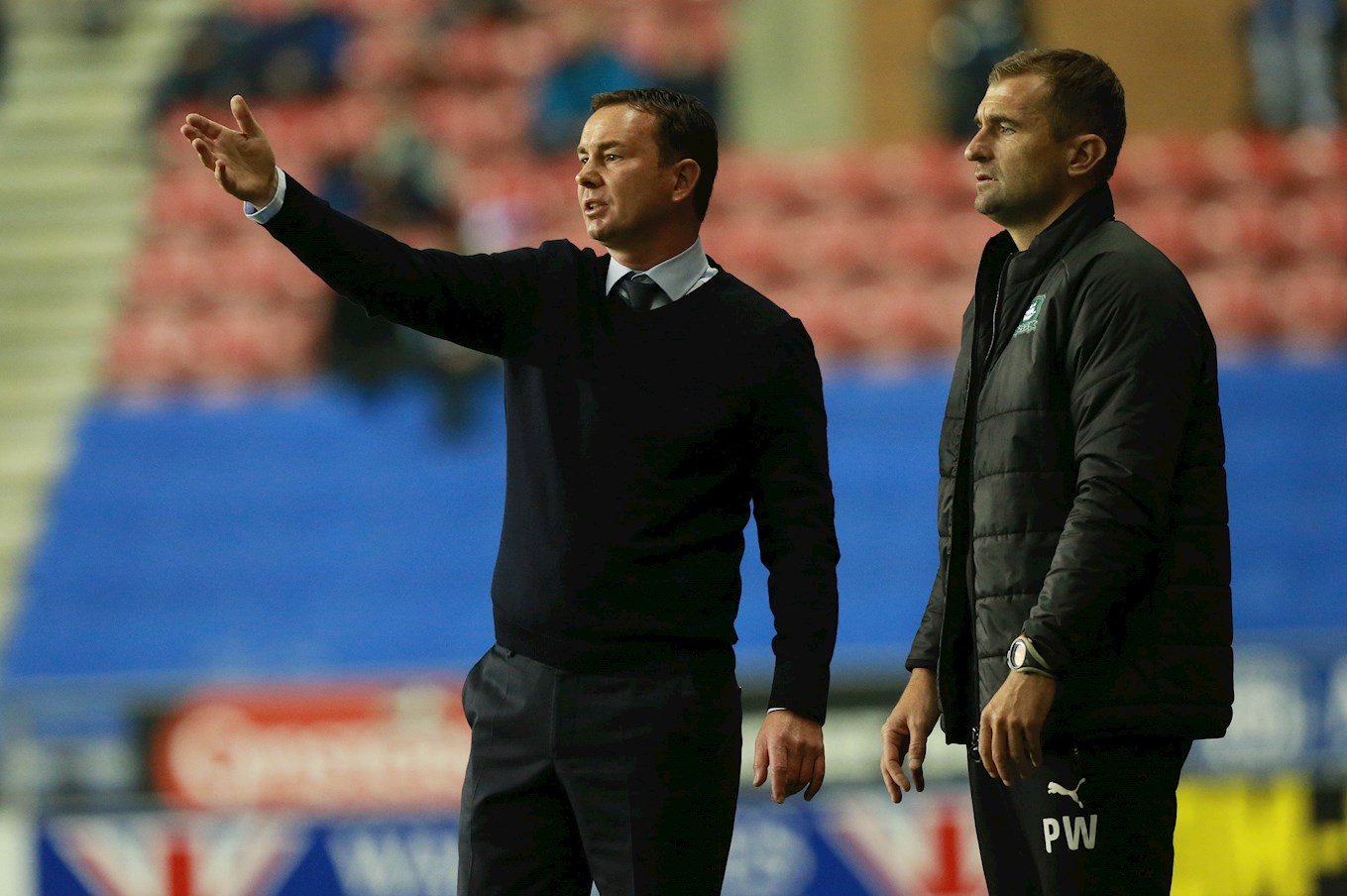 DEBUTANT Kyle Letheren and defender Yann Songo’o stepped into the breach left by the absence of Pilgrims captain Luke McCormick and last year’s Player of the Season Sonny Bradley at Wigan with bravura individual performances in a determined team display.

Goalkeeper Kyle made his Argyle debut after Luke pulled out with an ankle injury sustained in the previous game against Doncaster, while Yann filled in at centre-back for suspended Sonny.

It took a late Nick Powell penalty to best their efforts, and that of their team-mates, and give Wigan a 1-0 win that sent the Pilgrims to the bottom of Sky Bet League One.

Manager Derek Adams said: “He was accomplished in his performance. Coming in here for the first time with us – his first appearance – was not easy against a very good team.

“We’ve seen that he is a very good goalkeeper; he’s experienced and he knows how to play the game.

“We had two goalkeepers out; we left seven players behind in Plymouth; we’ve lost [Lionel] Ainsworth tonight with a tight hamstring; and had to make an early substitution, so it’s getting difficult.

“Songo’o was outstanding – he was my man of the match by a country mile. The back four defended well. I had to take Gary Miller off because he had just been booked and committed a couple of fouls after that, and [Jakub] Sokolik came on.

“We had 11 good players on the park; we had the substitutes that all contributed, as well.”

Although Wigan dominated the play, it seemed that Argyle’s defensive discipline and all-round commitment was going to earn them an unlikely point against quality opponents.

They also had chances to score. Most notably when substitute Gregg Wylde broke out and came close to slipping in Joel Grant, and then when Graham Carey hit the crossbar with a free-kick in injury-time.

“I thought we were going to get away with a point,” said Derek. “A couple of times, on the counter attack, we looked quite dangerous.

“I thought Joel Grant was going to score and that would have made it 1-0. That’s not to say that Wigan didn’t have a lot of the play, and rightly so. Wigan passed the ball very well. They have got a lot of talented players.”