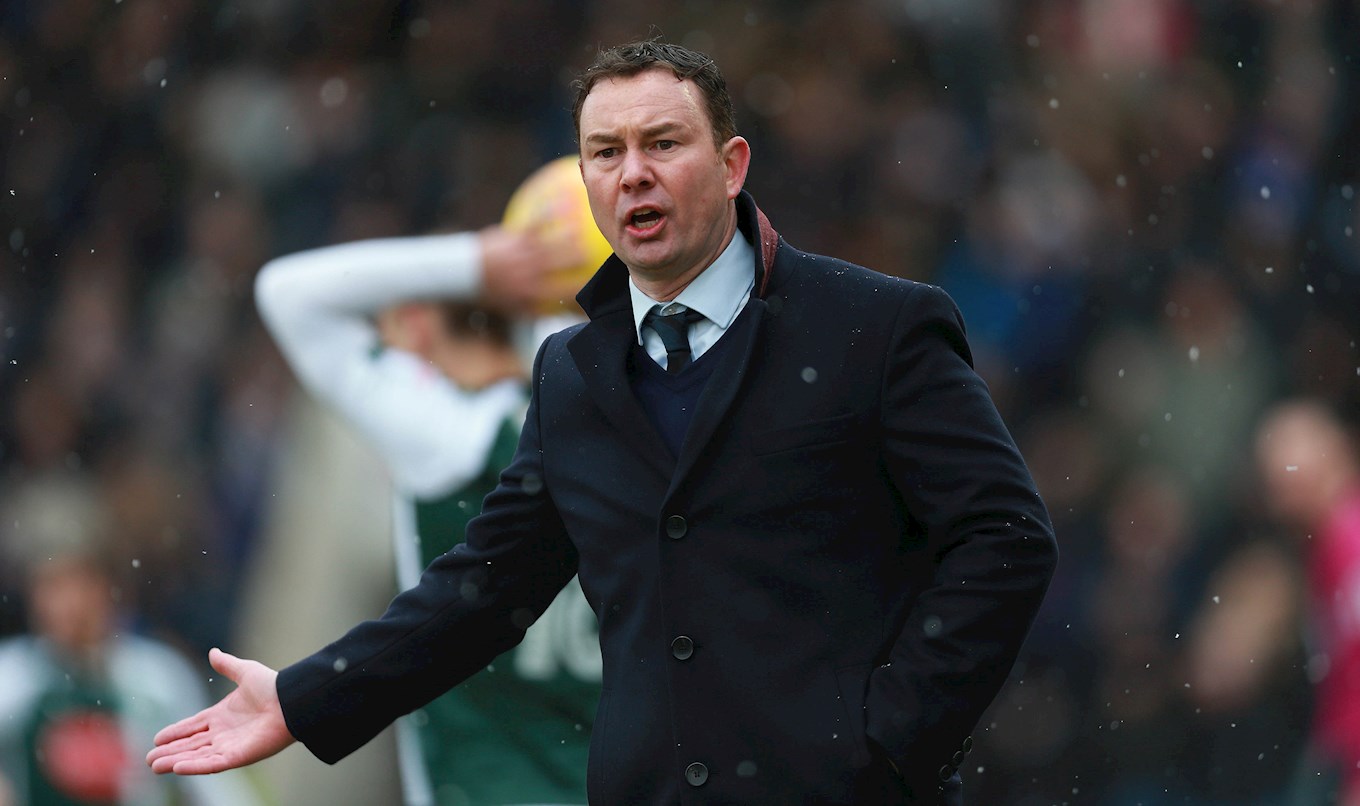 THE slightly bizarre narrative of Argyle’s season – as many sendings-off as points – continued at the Memorial Stadium, where Bristol Rovers inflicted a sixth successive Sky Bet League One defeat on the Pilgrims.

Argyle’s rash of red cards this season rose to five when Gary Miller was dismissed in their 2-1 reversal. The sending-off came midway through the second half, just after the home side had gone in front for the second time in the match through Billy Bodin, against the run of play.

It made the Pilgrims’ chances of responding to the goal, as they had previously when Nathan Blissett levelled Rory Gaffney’s early opener, difficult.

Gary was sent off by referee Graham Salisbury for a tackles on Joe Partington as the two contested possession.

Argyle manager Derek Adams did not disagree with the decision but said: “I thought it was harsh. I didn’t think it warranted it.

“[Gary] went in for a challenge and, quickly after that, he went in for a second challenge. He did lunge in. I believe he got the ball – that’s what I saw at the time – but he did go with both feet into the challenge. Unfortunately for us, he got sent off.

Despite the imbalance in numbers, Argyle remained a threat and so nearly earned a point when Antoni Sarcevic could not convert an opportunity that fell to him following a free-kick from a Jake Jervis free-kick that appeared to deflect off a Rovers’ hand.

Derek said: “It’s probably game over after [the sending-off] even though, in the dying stages of the game, we probably should score and probably get a penalty kick for handball.

“When we went down to ten players, it was always going to be difficult because players think they can get themselves back into the match – it’s not always the case – and we opened up quite a bit and [Rovers] were able to find space.

“They did have good opportunities to finish us off when we were down to ten players but, in the end, we have a really big chance in the final stages to make it 2-2 and that might have been the change we needed.

“We’ve played five out of 11 games this season with 10 players so that’s not easy; just when we are getting a wee bit of momentum in the game, it goes against us.

“We’re not getting a break. We’re getting sendings-off that maybe are, maybe not; we’re not taking our chances when they come along; that’s the story of our season so far.

“Players have to take the opportunities when they come along. It’s not as if we are not creating them. We created a lot more opportunities today than we did in our previous game.

“Some time, some how, it’s going to break and we are going to get the fortune with us. At this moment in time, we are certainly not getting that.”