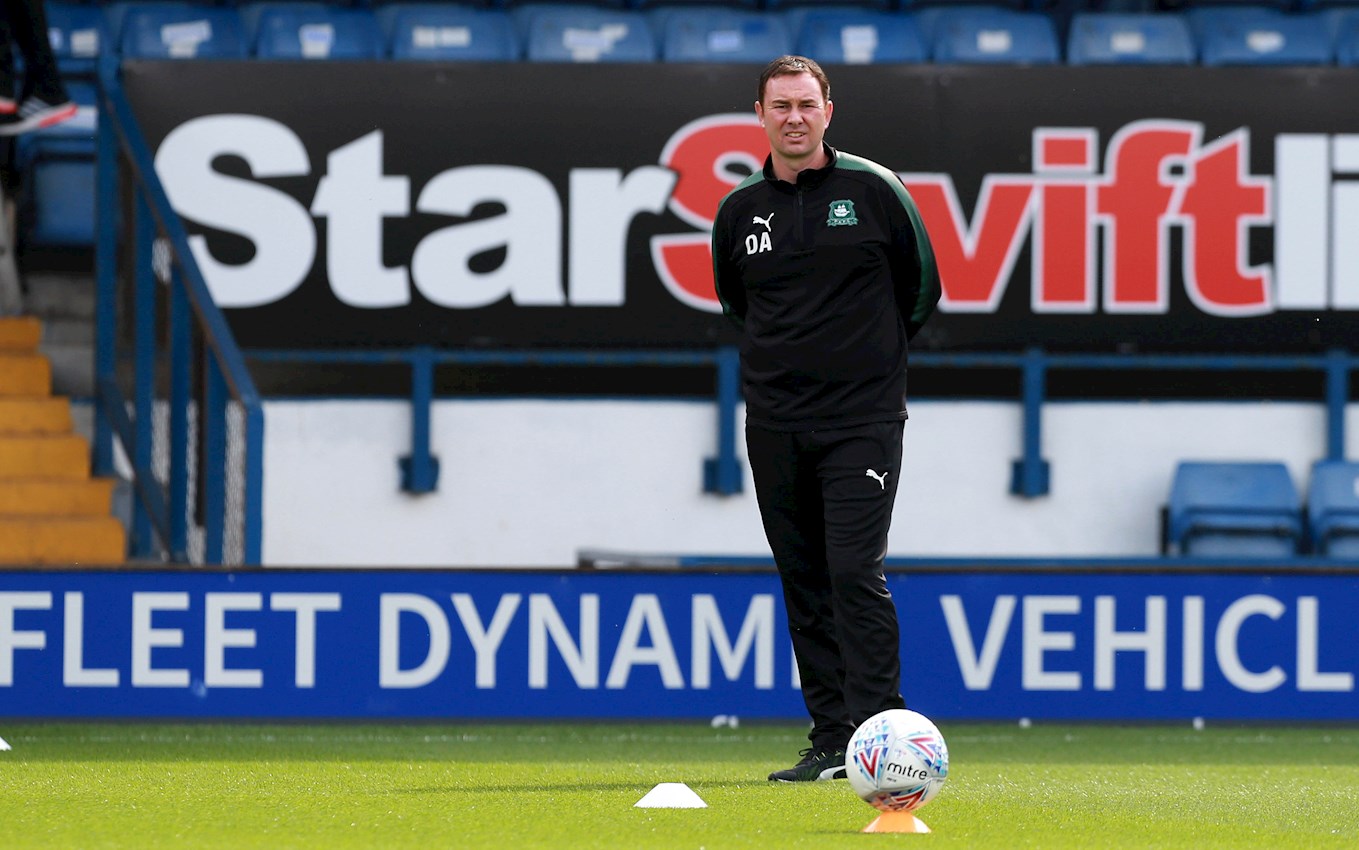 One Up, Two Down

THERE appeared to be an inner conflict attempting to resolve itself inside Argyle boss Derek Adams after his side’s 0-0 draw at Bury.

Having lost four games in succession, taking to the road and getting something from a place Argyle generally struggle at would seem a good achievement – and so you will find Adams agreeing with you.

However, as has been the case rather often recently, Argyle had enough chances to put themselves into something they have only achieved once this season: a winning position.

Adams was left ruing first-half chances, that had his side taken he believes would have been enough to see them home, as well as acknowledging Bury’s fightback, and late pressure of their own.

“I think it was two points dropped today,” said Adams, “just from the point where we were in the ascendency in the first half. Then, if you look at it from a different point of view, you can flip to the end of the game, and it looks like we gain a point.

“We did really well. We probably should have been three or four up at half-time: Ainsworth, Sarcevic, Grant and Ciftci should have scored and we’d have been well on the way. Then, at the end, we had a couple of good saves from Luke to give us the point.

“First half, we really should have been ahead; second half, as well, we had a couple of opportunities. But that’s the way it is. We move on now. It’s a good point.

“When you have chances in the first half and you feel you could have scored. It is important to score first in this division. If we had done that, we would have put Bury under pressure. They came into the game in the second period and had some very good opportunities.

“In the end, their opportunities will be spoken about because they came right at the end of the game. People forget the start of a game.

“You have to take chances when they come along. You won’t get better chances than we had, we were one-on-one with the goalkeeper, but you have got to take them.

“I thought collectively it was a very good team performance. The players had a difficult long journey yesterday, and they’ve done well because they’ve had a lot of game time to play. You could see they were tiring, but overall I’m happy. We could have scored, but we didn’t.”

After three consecutive home league games that have seen Argyle play over two hours of football without the full complement of players, maintaining discipline was an item on the Adams agenda, which was ticked off satisfactorily.

“We had to speak to them and tell them to be careful about what we were doing,” said Derek, “and they were fine.”