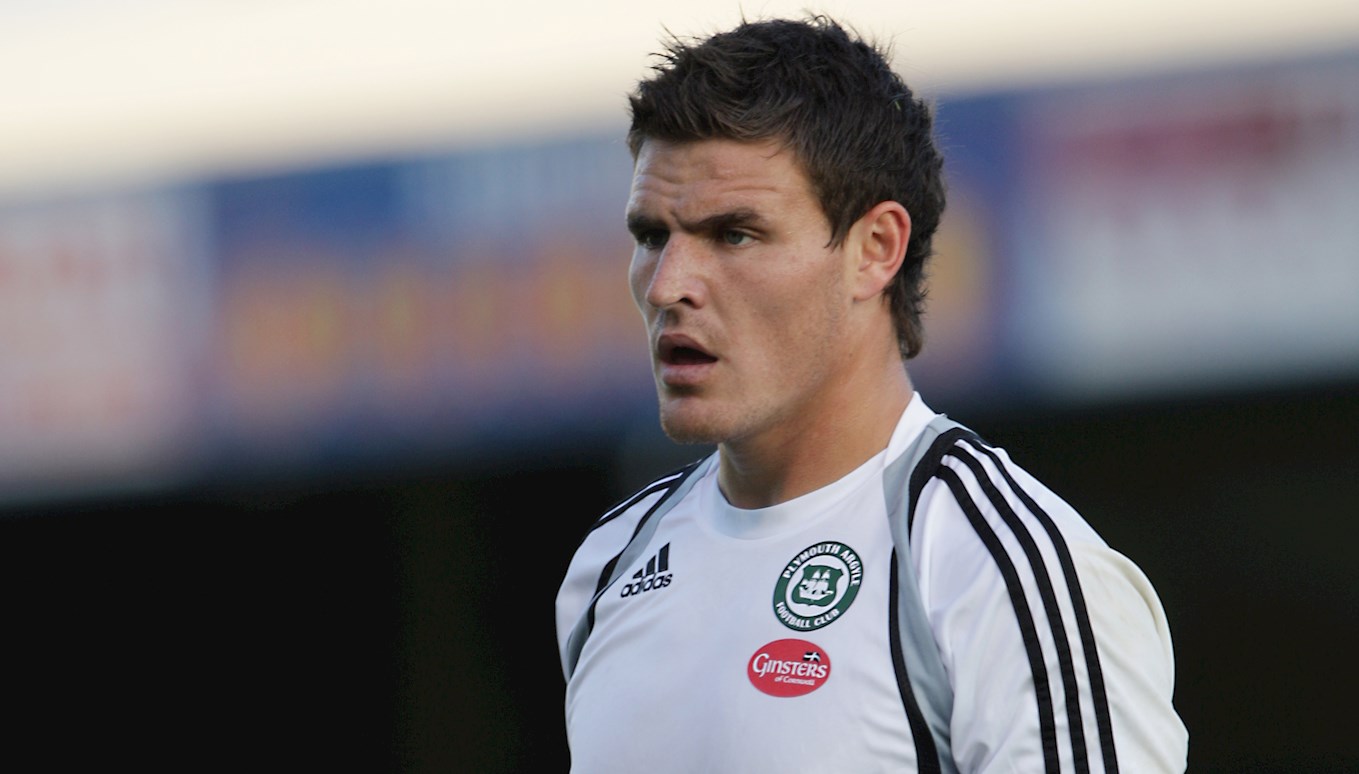 KYLE Letheren has signed a second contract at Plymouth Argyle, some 2,952 days since he signed the first one.

The first time around, Kyle spent five months at Home Park, but only as understudy to Romain Larrieu. He never made a first team appearance in that spell, but is determined to right that wrong this time.

Ostensibly signed as back-up to Luke McCormick and Robbert te Loeke, Kyle recognises the hierarchy in place, but wants to challenge for a position as much as he can.

“I’m here to fight for a place,” said Kyle. “I just want to get going, because I’ve missed the start of the season. It’s good to be involved.”

Letheren was available as a free agent, having left York City in the summer, hence why Argyle were allowed to bring him in after the transfer deadline closed.

Taking up the story, Kyle said: “I got a phone call one morning from Derek, just saying he was after more competition for places in the goalkeeping department, and would I be interested in coming down for a few days, see what my fitness levels are like. He’s seen me play many times when he has been manager of Ross County. I was here for three days, then he said: ‘Let’s do it.’

“I was a free agent through the summer and had one or two offers that never really took my fancy. I’ve had to be patient, and thankfully it has paid off in coming back here.

“He likes working with three keepers, clearly. I’m not here to be a third-choice or second-choice. I want to play. I understand Luke is an experienced goalkeeper. It’s going to be hard to displace them, but it’s what we’re all here for. I didn’t manage an appearance last time I have here so hopefully this time around I can show the Argyle fans what I am capable of.”

The first time round, Kyle was a 21-year-old Welshman with only a small handful of games to his name. Larrieu, the undisputed number one at Home Park at the time, stayed healthy, and so kept his place.

Championship side Argyle removed Paul Sturrock as manager towards the end of Letheren’s time in Plymouth, replacing Luggy with Paul Mariner. Argyle were relegated that season, and the change did Kyle no favours, either.

“I was here from the first game of the season up until New Year’s Eve,” said Letheren. “I loved my time here; didn’t want to leave. Paul Sturrock offered me a contract, but Paul Mariner took over and went with his own ideas, which happens in football.

“I went up to Scotland and played a lot of games for Kilmarnock and Dundee. I then got a move to Blackpool, which didn’t quite work out for me. I went to York to get some games, and ended up doing really well – I got player of the year.

“[At Home Park] it’s the same offices, the same training ground, which is nice to see because there was nothing wrong with the place the first time. Obviously the club has been through difficult times but it is good to see it back on its feet, getting back to where it belongs: if we can get back in the Championship. It’s a big club for this league, so hopefully we can start climbing the league now.

“I’m delighted to be back. I never wanted to leave in the first place. It’s a lovely town.”