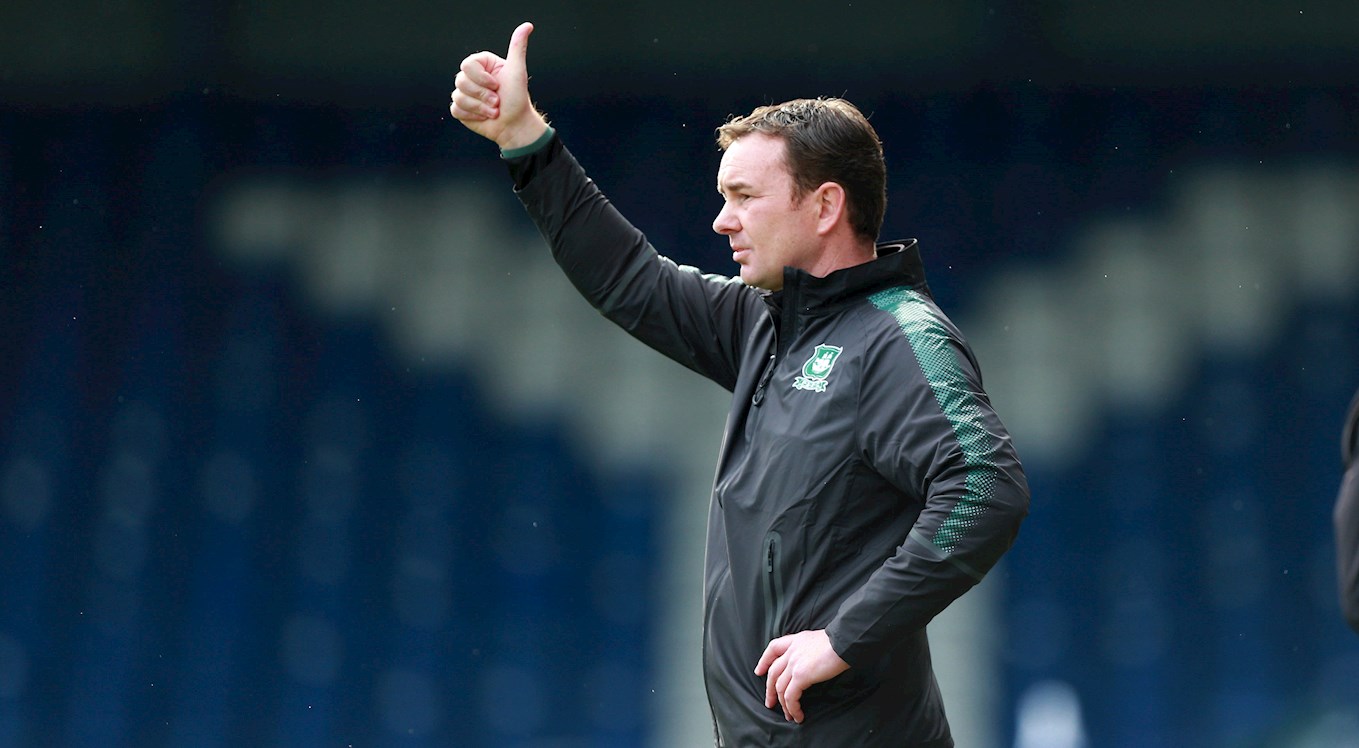 THE significance, in the grander scheme of things, in Argyle’s goalless draw with Bury, in the early part of the Sky Bet League One season of 2017-18, is relatively small.

For Derek Adams, the Argyle boss, however, if signifies a small reward for the endeavour of his stretched squad.

Neither Pilgrims nor Shakers could trouble the scoreboard in a 0-0 draw that to many would have seemed to be a lifeless stalemate between two teams lacking in confidence. That assessment has a degree of merit, but much more important to Derek is the character and resolve of his troops during a difficult period.

Injuries have ruled out Ryan Taylor, Oscar Threlkeld and Aaron Taylor-Sinclair for large portions of the season, and sendings-off for Antoni Sarcevic, Graham Carey and Ryan Edwards have led to their suspension, and lack of availability.

With Sarcevic back, but the rest missing, Argyle followed two home defeats, with numerical disadvantages, with a battling draw at the appropriately-named Energy Check Stadium at Gigg Lane.

Derek said: “We have had a lot of good performances this season and we have had better than the one we had today, but this was another good one from a different point of view.

“We haven’t had the results because we’ve had three sendings off in seven games. We’ve had that to deal with. We feel we should have more points than we do because we feel our play deserves that.

“The players put in a lot of effort today. We had eight hours up yesterday; we played with ten players on Tuesday and last Saturday. So I am delighted with the players today. They are fantastic professionals and it was another very good performance from us.

“We’re a football club that is moving forward. It’s a very difficult league to go in to. As I explain, week-in, week-out – I’m not going to do it again because people get annoyed with what I say – that’s the reason.

“We’ve players out who are part of the first-team group. Hopefully we can get them back sooner rather than later.

“We’ve had a difficult period of games, in the legs and mentally as well because of the sendings off. It’s nice to have 11 players on the pitch.

“This division is always conjuring up tests, in different ways. There wasn’t a lot of pretty football today – it was a bit dull at times – but hopefully that changes.”