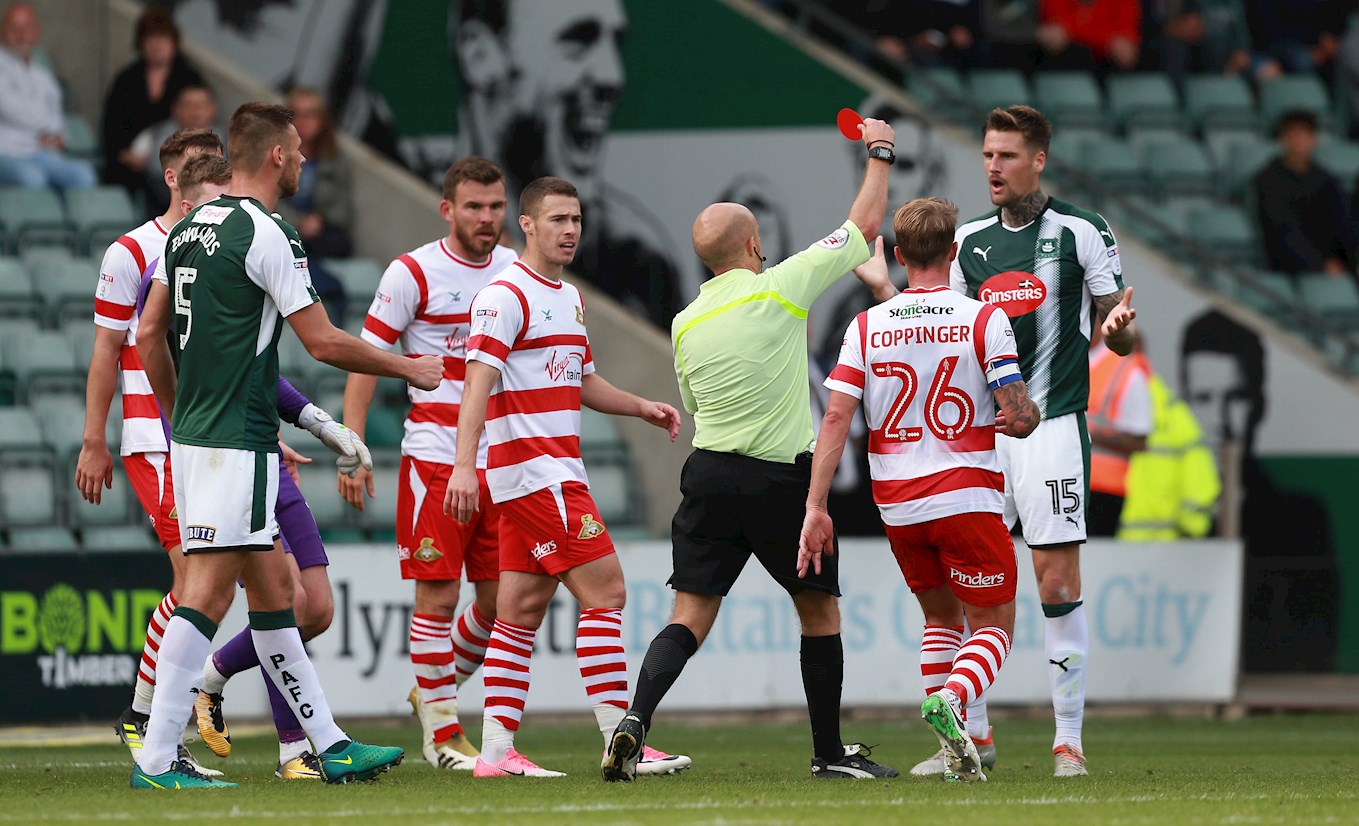 SONNY Bradley’s dismissal towards the end of Argyle’s defeat to Doncaster Rovers creates another obstacle for manager Derek Adams to overcome, as he aims to correct his side's poor run of discipline and results.

After goals from Andy Butler, John Marquis and Alfie May sealed a 3-0 victory for the visitors, Bradley became the fourth Green to see red after just nine Sky Bet League One fixtures. The defender clashed with Andy Butler in the box during an attacking corner and was promptly dismissed by referee Nick Kinseley.

“I’ve seen it back. Sonny was getting held by Butler in the box,” said Derek. “He tries to push him off in the first attempt and doesn’t get away from him, then pushes him again at the second attempt, and that’s why he gets the sending off.

“There’s nothing I can say to change that. He is being held, but it’s difficult because you’re trying to push yourself away from a player, and it’s usually the one that reacts to the situation that gets penalised.”

Three Argyle players were sent off during the entirety of Adams’ first two seasons in charge of the Greens. He has watched his side double that tally already this season, almost averaging one red card every other league fixture. Derek knows, though, that the best way forward is to simply plan around the issues and try to reverse his side’s fortunes.

“It’s not good from our point of view; it’s another player that we’re missing through suspension,” said Adams. “It’s not helpful, because we’ve had enough sendings off this season already, and you don’t need that.

“It’s definitely not helping us. It’s going other people’s way at this moment in time and not our way. It’s sad for the players, but it’s something we have to get on with.”